Jack is a fifteen year-old boy stuck in a run-down small town. Trapped in a violent feud with a cruel older bully and facing another bout of summer school, Jack’s got all the problems he can handle. So when Jack’s aunt falls ill and his runty younger cousin must stay with him for the weekend the last thing Jack wants to do is look after him. Unfortunately no one really cares what Jack wants. Set over a hazy summer weekend, King Jack is a tough and tender coming of age story about friendship and finding happiness in bleak surroundings.

I attended Tribeca Film Festival 2015 to screen ‘King Jack’, this was followed by a QNA with director Felix Thompson along with the cast and crew.

I had only read a brief summary for this film before viewing as I wanted to be spontaneous. From start till finish it really kept my mouth open. King Jack is played by Charlie Plummer, the story follows a boy growing up in a suburban area. Normally day consists of neglect and bullying. Due to his aunt becoming sick, his cousin Ben played by Cory Nichols has to stay with Jack and his family and this is the last thing that Jack needs right now. With problems already occurring in Jack’s life, his cousin gets involved with Jack as he deals with his reality.

This movie beautifully analyses the use of friendship and finding that point were you have a real emotion towards someone. Turning that mood where you have no feelings to one that allow you to open up. This perfectly describes a young boy’s childhood in these kind of circumstances.

As a directorial debut Felix Thompson completely won me over with a rather funny first shot involved with a garage until the beautiful ending that concluded a magnificent film that I will most certainly catch again. 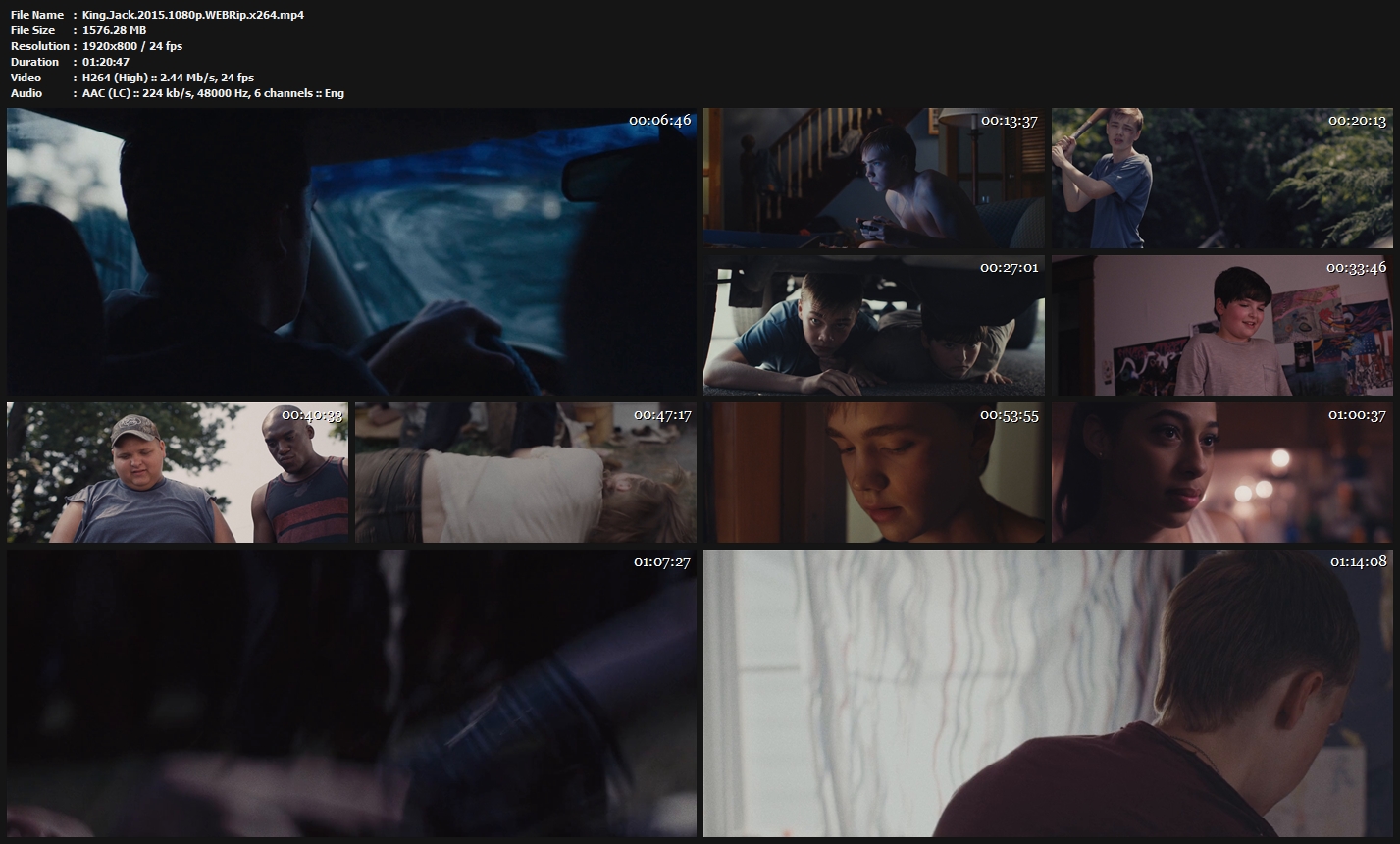