Thirteen is a tough age. Children of thirteen – especially girls aged thirteen – may be very cross. Even though they are still real child, they feel quite something. The three main playing figures in the exciting Danish youth movie “The Detectives” that only rotates in the halls in 2014 but already be seen during Cinekid 2013, all three thirteen years. Especially Mathilde (Mathilde Wedell-Wedellsborg) is nice cross and rebellious. She would love to change the world and protect the weakest members of society. The environment is close to her heart. On gas-guzzling SUVs they lime reproachful idealistic slogans and at school she stands her ground. They harvest it the admiration of no less than two classmates: the awkward taekwondo enthusiast Gustav (Marcuz Jess Petersen) and wizzkid Tobias (Frederik Winther Rasmussen). When Mathilde’s plan is a secret action group called ‘The Detectives’ focus on the injustice help from the world, they are also eager to join her.
And Mathilde, the (over) by Gustav courage and technical knowledge of Tobias good use in her struggle. Their first task: helping Gustav’s uncle. If it appears that he is threatened by the most dangerous gangster in the city, namely the three young heroes immediately that it was serious business. Jo (Alexandre Willaume) is not a man to fool around with, especially with three children. The Detectives That only strengthens but to do their best even better to thwart Jo’s plans. Arson, bank robberies and even drug trafficking within its remit. A world where you belong as thirteen. But fighting injustice – and the sense of adventure – go to The Mysteries of everything!
A thriller for children, does that work? “The Detectives” is the proof! Esben Tønnesen, the director and screenwriter, this is his first feature film, but it tastes directly for more! With some of the actors from “The Detectives” he was already entertaining short films; they mainly play minor roles (including the teacher). All the attention and praise this is clear from the three young protagonists who experience an amazing and compelling adventure. “The Detectives” is primarily aimed at children from the age of ten, but also adults will immerse yourself in the exciting adventures of Mathilde, Tobias and Gustav. All three are outsiders. The boys want to impress Mathilde and life as they – in all their awkwardness – get the impossible done. Of course, not all events equally credible, but that’s not the point. The youthful audience that will really not fall and adults’d have to do well. Tension prevails and the director manages to keep up with flying colors in the film until the final scenes unnerving. Here and there he mixes a touch of humor through it, to blow off some steam occasionally, resulting in an outstanding adventure film that ages one and a half hours on the canvas glued will (google translated) 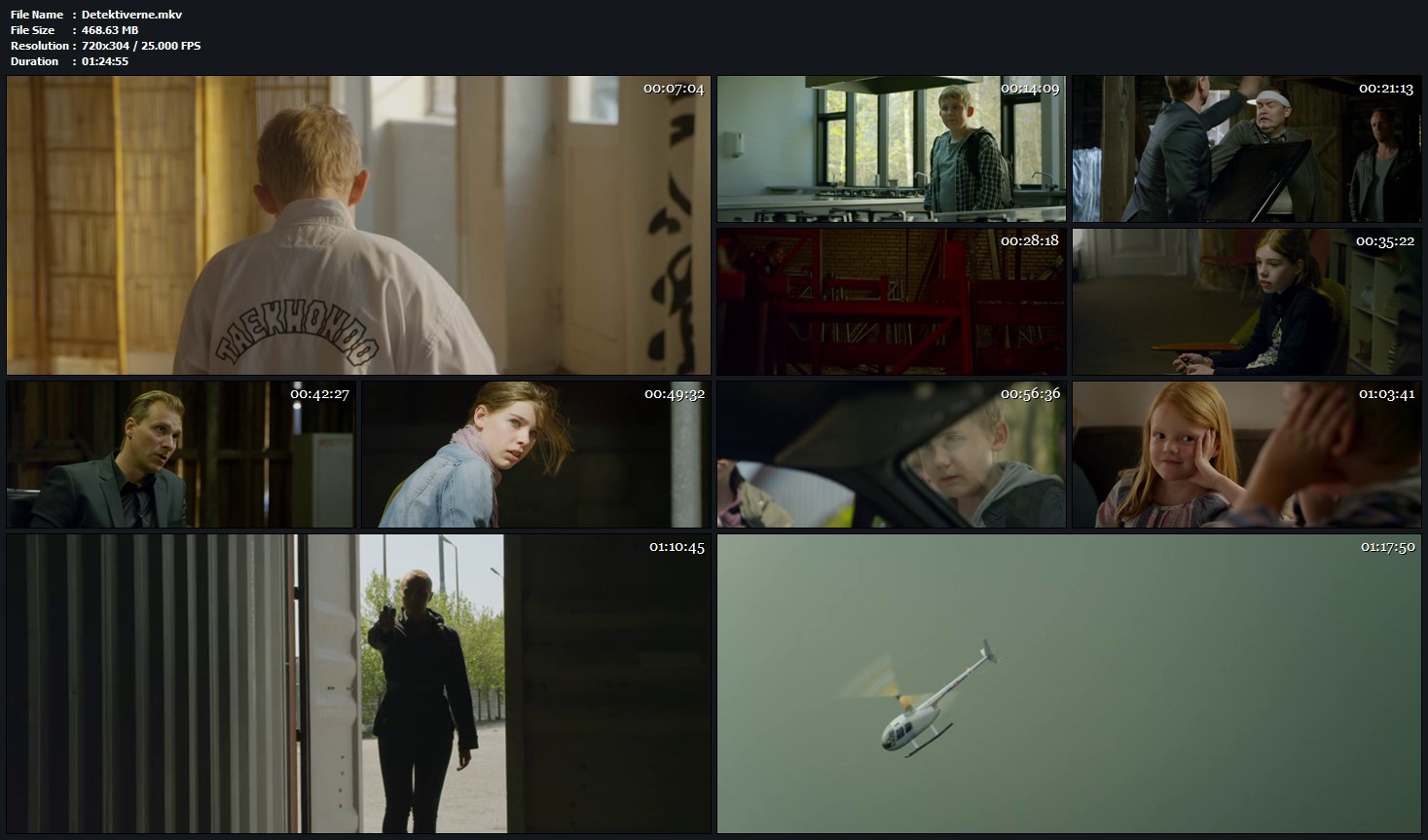