A student strike at a Danish boys school is the backdrop of YOU ARE NOT ALONE. The leisurely paced tale explores the relationship between 15-year-old Bo and Kim, the younger son of the stern boarding school headmaster. Mounting school tensions over the expulsion of a troubled student threaten to sabotage the tranquility of the school.

You Are Not Alone is an extraordinary film and one would not be surprised if it became a classic. The characters although not fully developed, much like the script, are nonetheless exceptional in that it sets the foundation for other similar works. Two young gay boys searching for understanding and acceptance, find love in a Danish private school. The film itself is sketchy with undeveloped nude scenes and hampered with an equally fragmented plot. Still rising above the script are the young actors Anders Agenso and Peter Bjerg who add a certain innocent vitality to an otherwise humdrum story. You’ll enjoy the final sensual scene. It’s the stuff dreams are made of. 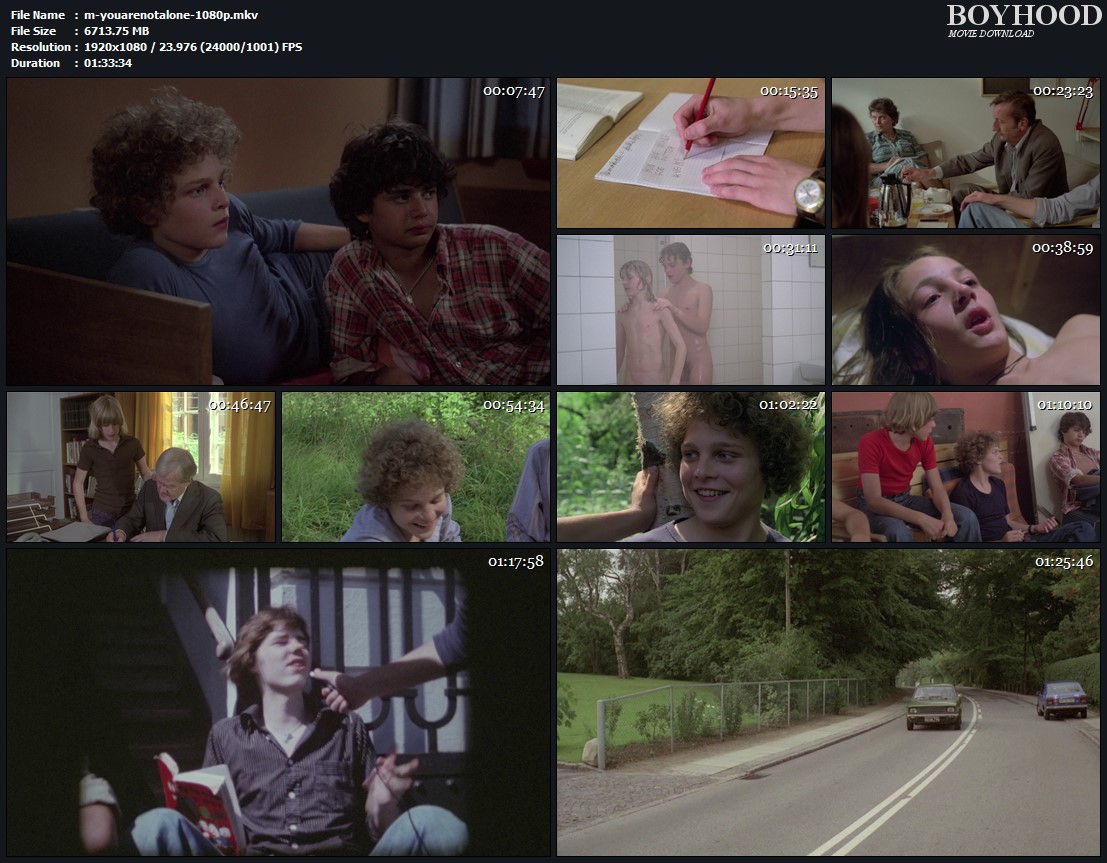