A young boy is hired as a hit man by a drug lord.

Seduced by the promise of fast money, and a chance to rescue his family from life in the Medellin slums, young Jairo accepts an offer to be an assassin for hire. Initially he has difficulty with the idea of killing, but after his first hit, he finds it easier, and soon it becomes second nature. This is a very sad and emotionally charged film, basically about the corruption of youth by greedy, amoral adults, who see these desperate teens as nothing more than a commodity, to be killed once they have served their purpose. Jairo is tough from the beginning, but corrupt men attempt to transform him into a soulless killing machine. They ultimately fail, as Jairo eventually realizes that he can’t continue, and tries to escape from his hopeless existence. But as is usually the case in this kind of story, there is always someone more ruthless ready to take you down. Most of the emotional impact of ‘Sicario’ concerns the scenes between Jairo and his mother. It is clear from the start that she loves her son and lives in fear of the day when he doesn’t come home anymore. Tragically her fears don’t stop her from accepting the blood money he hands her time after time. A fine example of what poverty and desperation can do to the soul. The film has many layers, following Jairo from normal kid, to killer, to a miserable prison term, and eventually to a bizarre training camp, where he finds himself in a military style compound, where he is trained with other boys his age to be even better killers. What happens there to the kids who aren’t considered good enough was one of the saddest things I have seen in a film of this type. The different layers give ‘Sicario’ an epic feel, and it is gritty and desperate in the tradition of DePalma’s ‘Scarface.’ There are similarities between Jairo and the character Tony Montana, to be sure. They are both quite ruthless, but each possesses an intense code of ethics, and a devotion to family. And Jairo’s devotion to his mother is what makes this so powerful; all the money he makes he hands over to her. This fact makes Jairo a sympathetic character, rather than a one dimensional ‘bad guy.’ And it isn’t easy to elicit sympathy for an assassin with an attitude. There is another film from the 80’s, ‘Rodrigo D: No Futuro’ that also deals with Medellin youth. Also a fine film, but that one lacked the gripping story that is featured in this excellent film. 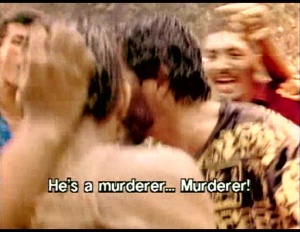 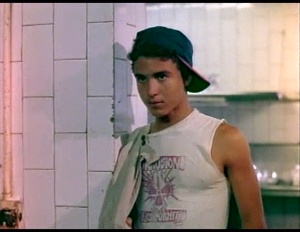 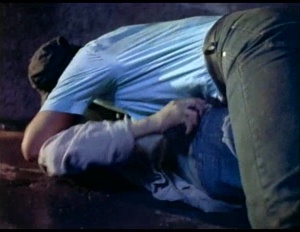 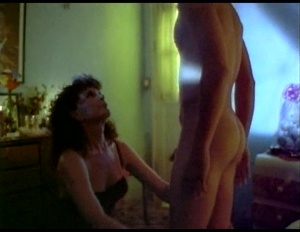 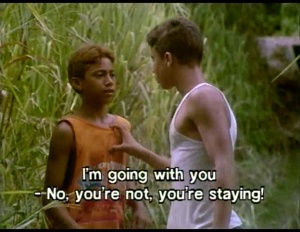 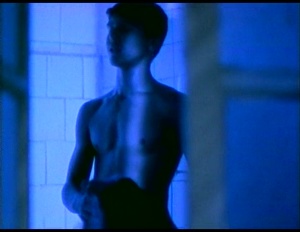 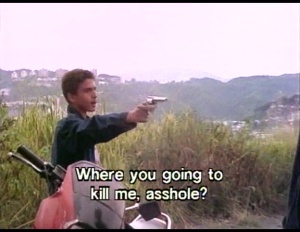 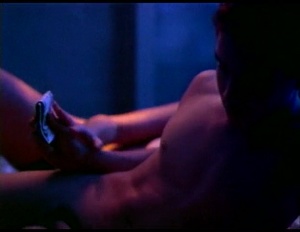 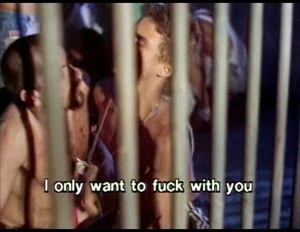 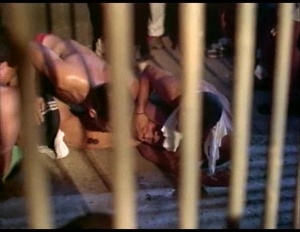 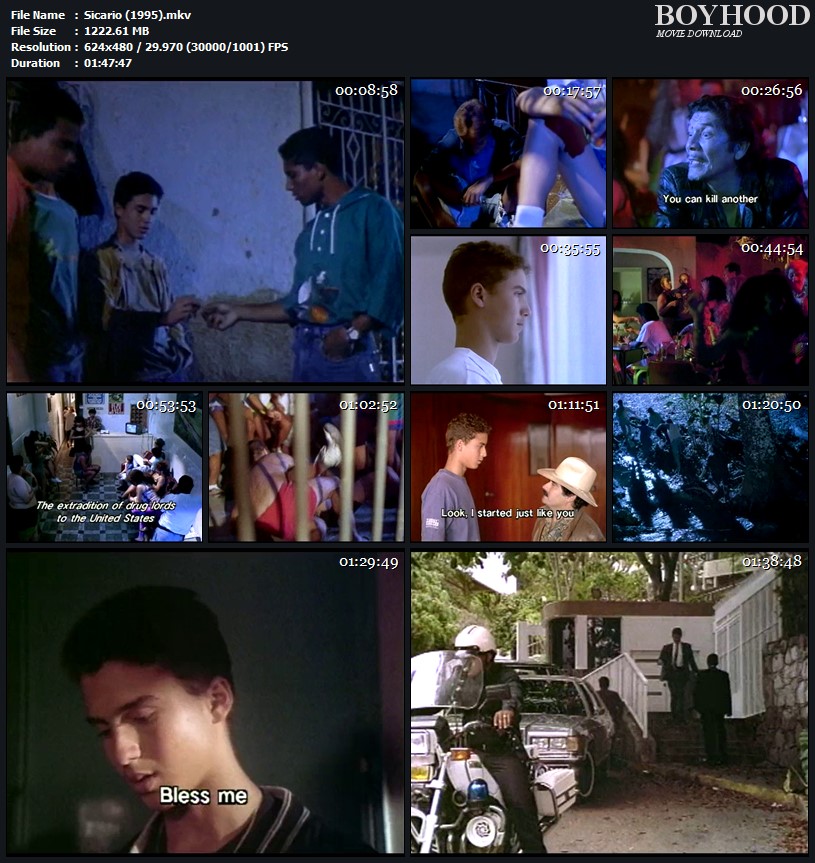