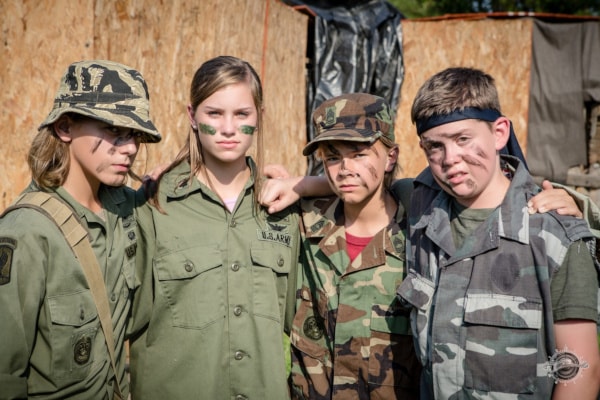 A group of military brats play out their adventures in the woods. They find a map to a buried treasure that thieves are after. But when one of their fathers is kidnapped, they must embark on a rescue mission as “The Rack Pack”. 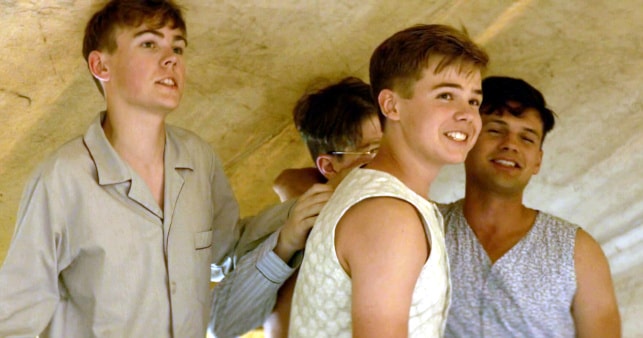 In 1926, a band of teenage boys arrive at Long Point Camp for the adventure of their lives. When their canoe capsizes in a freak summer storm, their holiday descends into a soul-shuddering fight for survival. Four teens on the run from an orphanage spring a fellow orphan recently adopted by a rich family, then trash the whole house. 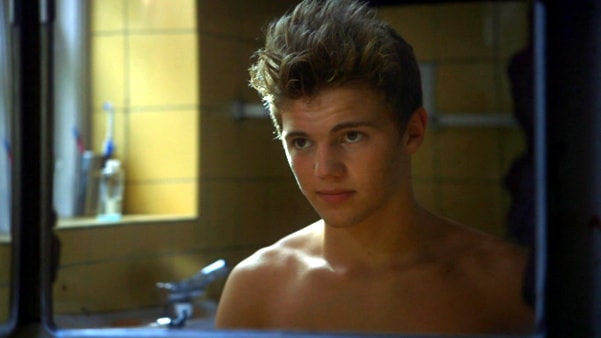 Eight teenagers gather for a game of spin-the-bottle – with surprising results. Otto and Martha are two teenagers who barely know each other when they have to spend the day together in Otto’s family house. To entertain each other, they start acting as if they are an adult couple. In turn, they overcome their shyness and fall in love. 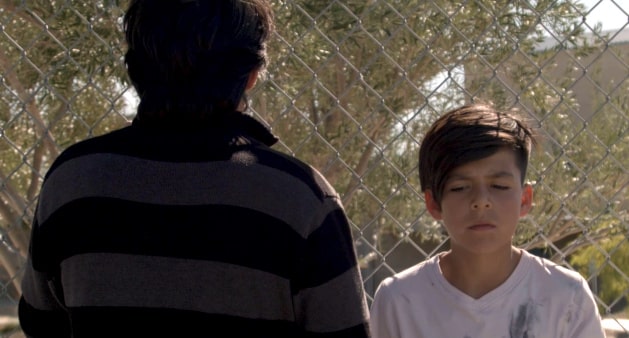 A homeless teenager accepts his faith and lives on the streets of the desert. He does not care about his life anymore. He then meets another homeless, and they both team up to survive and have an adventure. They both soon realize the true meaning of friendship and care. A boy comes across a white-haired wild horse in the Camargue. Ranchers seek to capture the horse, but it escapes. What will happen as the boy sets out to find the horse again? The film is set in the gorgeous landscape of the Camargue, a marsh area in the south of France where the river Rhone meets the Mediterranean Sea. Actor Jae-Ha (Park Sung-Woong) is cast for the two-man stage play “Unchain.” Also cast for “Unchain” is idol star Young-Woo (Oh Seung-Hoon). Young-Woo is not enthused about appearing in the stage play. At first, the two men do not get along. As they get more immersed in the characters they play and the gay-themed story, the two men develop unexpected feelings. Meanwhile, Hee-Won (Yoon Seung-Ah) is a Jae-Ha’s girlfriend. She has a strange feeling about the relationship between Jae-Ha and Young-Woo. Two brothers and their surfing buddies face new challenges and adventures over the course of a memorable summer.