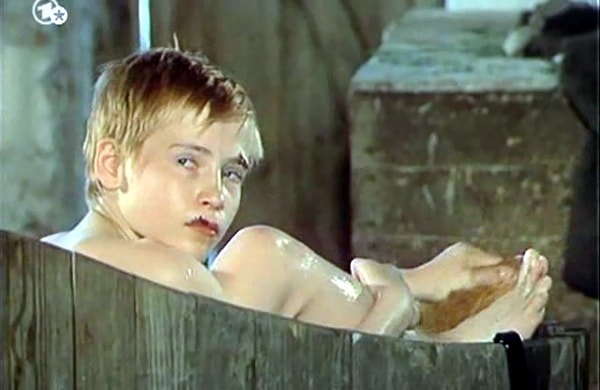 1934, Germany. Jan is a 13 year old boy, who is raised without a mother. His father, a communist, is accused of a political murder, and predicted to be shot by the police when he was on the run. Jan lives with his aunt and finds a friend, Max, who wants to help him to find out what really with his father happened. During a conspirative gathering Max is shot by SA (Nazi paramilitary) and Jan succeed to escape in a barge. Erika, the daughter of the captain of the barge, and a boatman hide him. They try to help Jan to escape from police and find his father, who really survived. The main figure is the beginning of nine-year-old Esau Matt, who leads the story as a narrator. In the summer of 1919 the Esaus family moved from Grausteen to Bossdom, where the parents bought a bakery shop. This was done with great financial support from the grandfather, who also lives in the house with his wife. Neither father Heinrich nor mother Lenchen, however, have commercial skill and therefore must always borrow money from the grandfather without being able to repay it. The main figure is the beginning of nine-year-old Esau Matt, who leads the story as a narrator. In the summer of 1919, the Esaus family moved from Grausteen to Bossdom, where the parents bought a bakery shop. This was done with great financial support from his grandfather, who also lives with his wife in the house. Neither father Heinrich nor mother Lenchen, however, have commercial skill and therefore must always borrow money from the grandfather without being able to repay it.
In the second part Esau is 16 years old. He lives in Spremberg near his mother’s youth friend and goes to the secondary school. For the first time he is seriously in love, in Ilonka Spadi. She seems to respond to her feelings, but she also flirts with Esau’s classmate and a teacher with a Nazi-mindedness. Esau leaves the school from disappointment.

A Lebanese kid is sent to France on a terrorist mission for “Allah’s Army”. An Arab French kid becomes involved unwittingly. A bond develops between the two, while they become alienated from and independent of the adults in their lives. 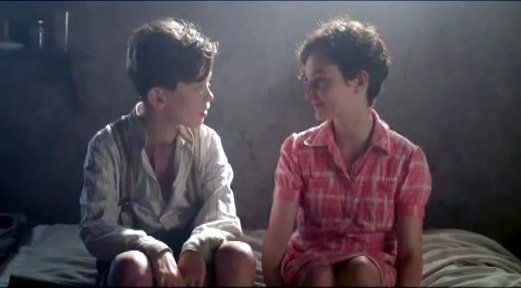 Summer 1943. Tuur and Lambert are best friends. The surrounding of their idyllic village has no secrets for the teenagers. From the farm of Lamberts dad to the marl caves in the woods – it’s their world. But the war is closing in and is about to change their lives forever. Tuur’s dad joined the resistance and even his big brother seems to be a part of it. Lambert’s family on the other hand choose to obey the Germans. Then a new girl from the city shows up, befriending the boys but telling her secret to only one of them. A choice that separates the boys and ultimately gets her in trouble. Tuur not only risks losing his friendship with Lambert, but even his whole family. He will have to stop at nothing to safeguard both. Claude is a Jew. Because of the risks of an arrest (France is occupied by the Nazis), his parents send him away to an elderly couple in the country. Pepe, the husband, is a Petain supporter and a anti-Semite, but he does not know about Claude’s religion. The film is the story of their growing mutual affection. An alcoholic Bosnian poet sends his wife and daughter away from Sarajevo so they can avoid the troubles there. However, he is soon descended upon by a pair of orphaned brothers. The brothers have escaped a massacre in their own village and have come to the Bosnian capital in search of a long lost Aunt. The poet befriends the boys and together they try to survive the horror of the siege of Sarajevo. Two young French Jewish boys and their family struggle to survive the WWII and the invasion of Germans.