SUN IN MY MOUTH is an experimental coming-of-age story about a young man who confesses his sexual past to an unseen phone sex operator. He reflects on his sexual identity as we follow him on a solitary excursion to a beach. Ultimately, SUN IN MY MOUTH is a film about how we attempt to connect and understand other people by understanding ourselves. Staring Artem Shcherbakov and Andrew Yang. 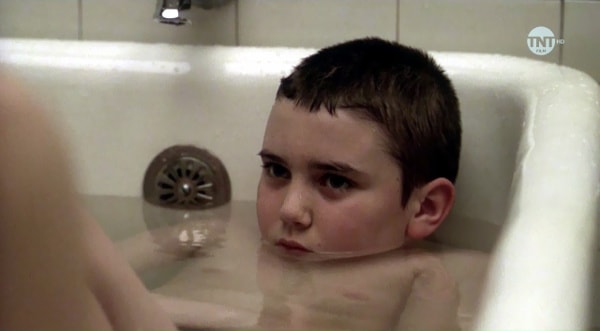 Anna is a young widow who is finally getting on with her life after the death of her husband, Sean. Now engaged to be married, Anna meets a ten-year-old boy who tells her he is Sean reincarnated. Though his story is both unsettling and absurd, Anna can’t get the boy out of her mind. And much to the concern of her fiancé, her increased contact with him leads her to question the choices she has made in her life.

It’s the summer of 1959 in Castlerock, Oregon and four 12 year-old boys – Gordie, Chris, Teddy and Vern – are fast friends. After learning of the general location of the body of a local boy who has been missing for several days, they set off into woods to see it. Along the way, they learn about themselves, the meaning of friendship and the need to stand up for what is right. 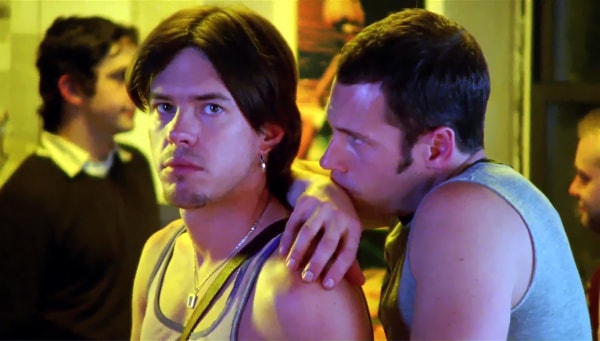 Numerous New York City dwellers come to the exclusive club Shortbus to work out problems in their sexual relationships. Rob and Sophia are a happily married couple, except for the fact that she has never experienced sexual climax. This irony follows her to work because she is a couples counselor who frequently has to deal with the sexual issues other couples have. Two of her patients are Jamie and James, a gay couple who have been monogamous for five years and counting. James wants to bring other men in to the relationship, and his own history with depression may hint at an ulterior motive. Ceth (pronounced Seth) may be the perfect addition to their family, but Caleb, a voyeur from across the street, may have his own ideas about that. Sophia visits Severin, a dominatrix with secrets of her own to reveal.

A love story between two young men where one is the androgynous Sebastian and one is Andreas who is not gay. They form a unity. It’s them against the polished Swedish IKEA society. They dream about escaping boredom and the risk of becoming what everyone else is. And then there is Ellie – the superwoman growing inside of Sebastian who Andreas loves and fears. This is the summer when everything happens and both of them will choose paths that will determinate their lives forever. It’s a battle for love where Sebastian finally has to realise that he has to let Ellie loose, find the strength within himself and not let his happiness depend on someone else. 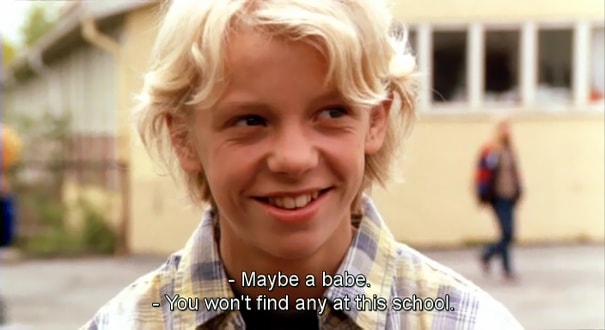 13-year old Rikke sees Bea, the new girl in her class, as a challenge. After an endurance test to find which of them can lie longer in a circle of flames, they become friends. However, as a result of some unfortunate truths and half-truths, the friendship falters. Rikke feels that Bea has let her down, and resolves to continue the rivalry between them, but now in a less physical, more artful way. In addition we meet Rikke’s elder sister Ninni, who has been in England to learn the language, and has had to leave her great love, a man twelve years her senior. The film is also about the problems Rikke encounters in fulfilling the expectations of those around her as she approaches womanhood. The Nature of Nicholas is a surreal fable that follows twelve-year-old Nicholas as he struggles with an intense attraction to his best friend, Bobby. Nicholas is obsessed with his friend Bobby. Bobby’s feelings are less clear. At times he seems to share Nicholas’s fascination, but then appears more interested in making inroads with the girls at school. All this leaves young Nicholas very confused. When images of Nicholas’s absent father start to appear to him, the boy is understandably frightened. This curious figure gives Nicholas the impression he is pressing his young son closer to the girls in his life and away from Bobby. This only leads to increased anxiety and fear in Nicholas. Fearing that Bobby is drifting away from him, Nicholas takes a chance and kisses him. Bobby is taken aback and storms out. Because of his shame, Bobby undergoes a type of ‘splitting’ where a decrepit, ghoulish version of him is separated from his healthy self. Nicholas is immediately drawn to this gruesome Bobby, and begins to secretly take care of the creature. However, Nicholas cannot keep the creature hidden forever and must eventually face his own feelings.

Those who loved Graham yesterday shouldn’t count on today. Those who love him today risk being heartbroken tomorrow… Suffering from recurring memory loss, Graham is restricted to a limited short-term memory. He forgets most things after only a few minutes. He no longer recognizes his wife Isabelle nor his young son Antoine nor his best friend Fred. Since each day is a new day, Graham copes with life by referring to the details of his little notebook, the defining key to his identity. He works as a photocopy clerk under the close watch of his sexy boss Sabine, who uses him to his libido’s advantage. Pretty new temp Irene can’t help falling for Graham’s spontaneous charm. But how can Graham really fall in love with her when he sees each time as the first time? Irene is about to experience all new ways of romance. She’ll just have to remember everything for the both of them. Everyone around Graham has their reasons why he should or shouldn’t fully recover…