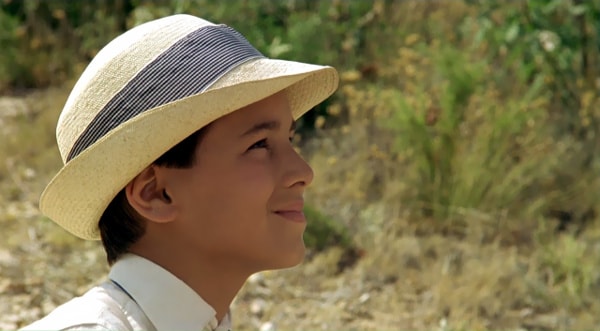 A young boy’s life in turn-of-the-century France. Marcel, witnesses the success of his teacher father, as well as the success of his arrogant Uncle Jules. Marcel and family spend their summer vacation in a cottage in Provence, and Marcel befriends a local boy who teaches him the secrets of the hills in Provence. Vacationing on historic Nantucket Island, a teenage mystery writer and her friends must outwit two scheming thieves to solve the secret behind a legendary ghost story.

On Christmas Eve in Finland, Santa Claus is unearthed in an archaeological dig. Soon after, children start disappearing, leading a boy and his father to capture Santa and, with the help of fellow hunters, they look to sell him back to the corporation that sponsored the dig. And then there’s Santa’s elves, who are determined to free their leader… A college student experiences difficulty in getting home for Christmas after being hazed by his friends. While struggling to get home in time for Christmas, he learns quite a bit about himself and the true meaning of the holiday. Alex Rider thinks he is a normal school boy, until his uncle is killed. He discovers that his uncle was actually spy on a mission, when he was killed. Alex is recruited by Alan Blunt to continue the mission. He is sent to Cornwall to investigate a new computer system, which Darrius Sayle has created. He plans to give the new computer systems to every school in the country, but Mr. Blunt has other ideas and Alex must find out what it is. Branded as a ‘nerd’ and harassed by the school bully, 12-year-old Arthur is rescued by a magical alchemist/troll but is soon able to return the favor. Arthur’s loving mom, who struggles to keep her devious ex-husband from gaining custody of Arthur, dismisses her son’s ‘fantasies’ until she realizes their all-too-real immediate danger and joins forces with Arthur, the troll, the Knights of the Square Table (Arthur’s pals Natalie and Tim), and a dashing but washed up video-game master named Shane. Together, they hope to conquer an unleashed dragon and the wicked vice-principal who threaten civilization. It’s ironic but true – although the Adventures of Tom Sawyer and Huckleberry Finn are an American classic of iconic status, it would be the old nemesis USSR to go down in history as the country of origin of their most faithful film adaptation. Almost all the story lines of the two books are told, and in a non-embellished fashion. While some may criticize its (lack of) pace, the careful storytelling makes this three hour TV-movie right especially for younger audiences. Precisely because this is not as high budget as some of the US versions, it is astonishing to watch how detailed the Mississippi towns were built in the Soviet Union (everything had to be built from scratch)! Try this one if you love the book and don’t mind the harsh realism of the story. It’s Christmas and Zip and Zap are up to their old tricks. But this time they’ve gone too far and their punishment will be no Christmas vacation and a seemingly boring boat trip with their parents instead. To their surprise, the destination is a spectacular remote island. But a terrifying storm rolls in and they’re forced to seek shelter at a mansion belonging to the eccentric Miss Pam, where children without families enjoy a paradise with no rules. Helped by their new friends, Flecky, Macky and Pippi, the brothers discover that their parents’ sudden disappearance in the middle of the night is related to the mysterious secret behind the island and its strange inhabitants.