On the face of it, this movie is about a young boy’s fantasies as he falls in love with the image of an older woman. I say ‘image’ because he doesn’t know her at all to begin with, but as he watches, her increasingly sad truth is seen through his eyes.

It’s also about Sicily during the war, but deeper than that, to me, it seems to be about the mob mind, jealousy and hatred and about how people tend to become what is expected of them, or don’t.

Monica Bellucci is undeniably among the sexiest women alive and her near wordless performance is mesmerising. My only criticism is the somewhat stereotypical way that the ‘men’ are portrayed. Perhaps there’s some truth that we are all driven from an area below the waist, but I’d like to think it’s not true of all of us. 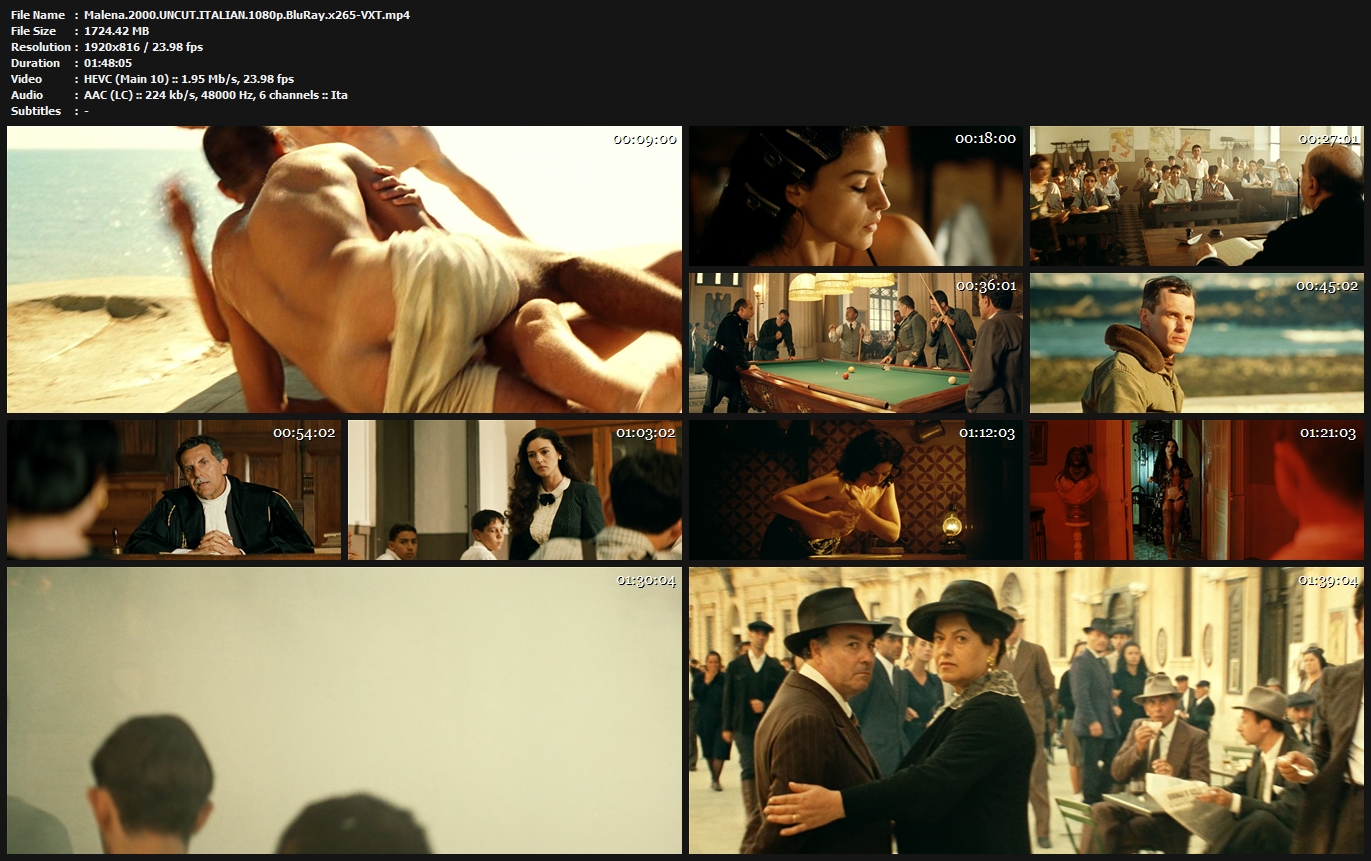