From the opening titles to the last scene, this film exudes tension, beauty and the uncanny feeling of rotting scents. It is cryptic in its tone and the imagery definitely underlines it.

Set in the second decade of the 21st Century, the film revs up from a fantastic high speed collage of our planet and beyond, from the stars to the life of cells, to an unnerving black and white flashback of atrocities during WW2. Carefully crafted, the Director brings us back to reality by the hands of three children. They are the cryptic centre of the film. They seem to be back in town from a gruesome recent past which we don’t understand. Just a wee bit of insight into the life of Lucio’s family, brings to the audience snippets of the reasons why the kids are so weird. They don’t talk at all and it seems their muteness is affecting the other children in town.

Strange things happen. People know the three children have been abducted and sexually mutilated, and they make their own assumptions while some of them die terrible and inexplicable deaths one after the other. A drawing of a second grader adds to the mystery, depicting one of those deaths before they happened.

Police, inspectors, a judge, the school principal, a psychologist, parents, even the priest from the parish, all play a part in the unravelling of a crazed community that turns against itself, inflicting division, fear and pain. Judgemental and brutal, they are decided to eliminate whoever committed the atrocities they believe in. They have such a strong belief, they decide to make “the list” of all the possible molesters in town, even when they know there are none. They create their own world of suspicion and hatred that will eventually destroy them.

But, unbeknown to them, the children have a common goal and they are relentless in achieving it. As evil prevails everywhere, gossip and a deep distrust make life unbearable in town. The omens coming from the only sane person -a teacher, are regarded as the source of the evil that keeps spreading. The kids are committed because they lost everything before but their souls.

Only after everything is said and almost done, we get to understand their true reality. What happened to them. Why they returned.

This film is inspired by the West Memphis Three case, but goes beyond what we know. It delves into the complicated political issues around finger pointing, lying, preposterous judgment, crowd mentality and irresponsible assumptions.

It’s a fantastic journey, paced at the necessary speed to understand the complexity of human behaviour. Crafted with beautiful cinematography and scored with subtle and delicate musical passages, Ellos Volvieron is a mind bender. 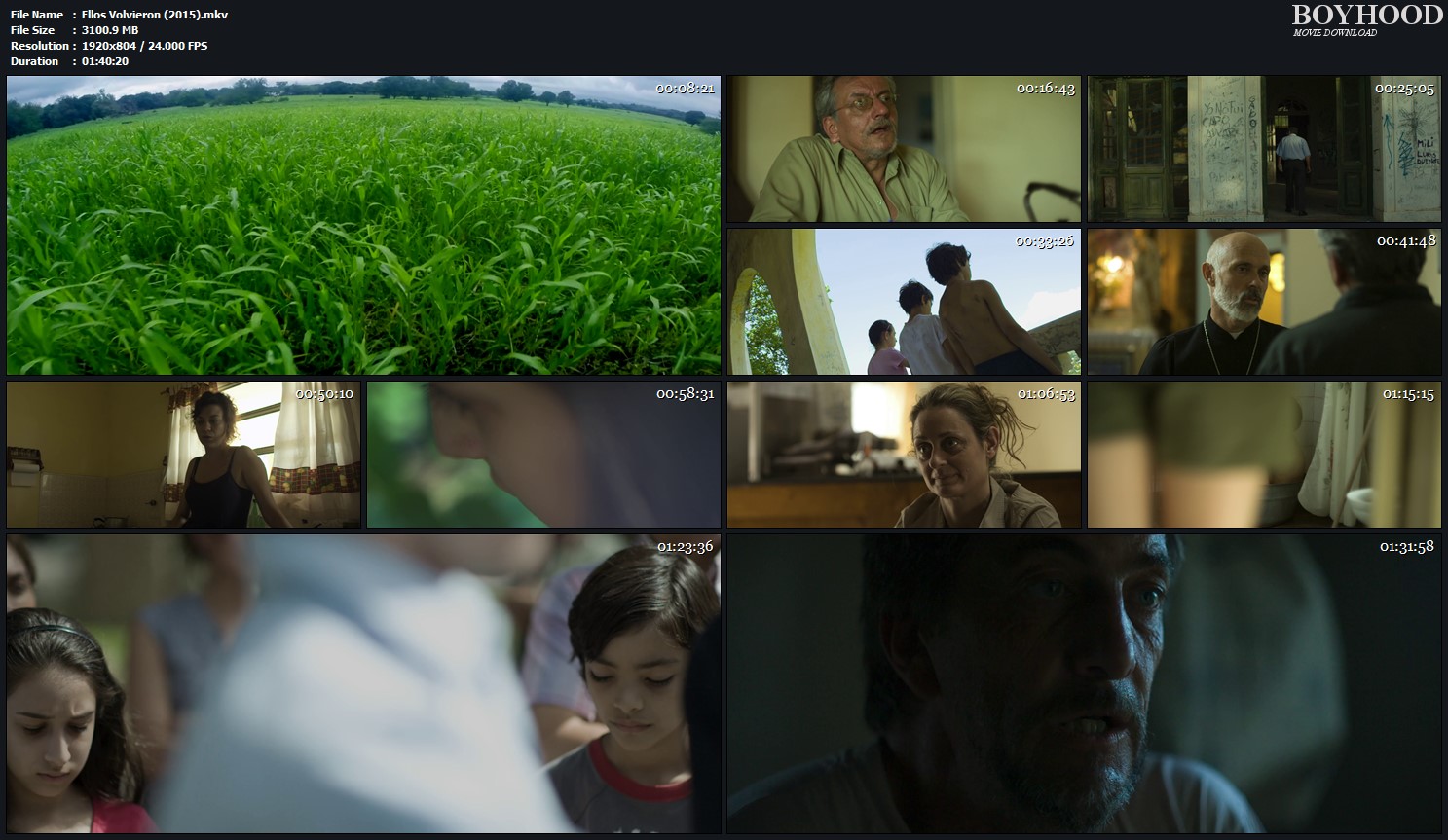