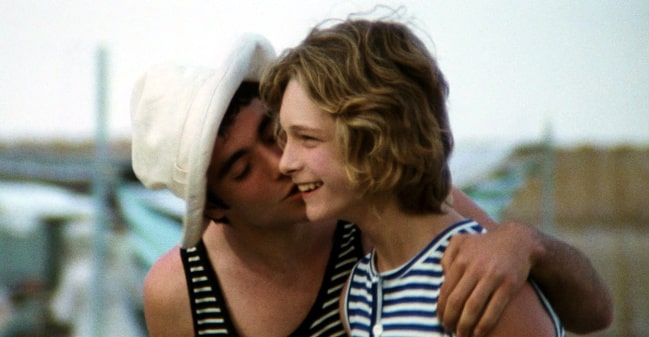 In this adaptation of the Thomas Mann novel, avant-garde composer Gustave Aschenbach (loosely based on Gustav Mahler) travels to a Venetian seaside resort in search of repose after a period of artistic and personal stress. But he finds no peace there, for he soon develops a troubling attraction to an adolescent boy, Tadzio, on vacation with his family. The boy embodies an ideal of beauty that Aschenbach has long sought and he becomes infatuated. However, the onset of a deadly pestilence threatens them both physically and represents the corruption that compromises and threatens all ideals.

I’m not sure where to start with this. In short, it was a disappointing movie. Having taught the novella, I was aware that it would be a hard story to turn into a movie. The movie has a couple of interesting lines (mainly between Alfred and Aschenbach) but it doesn’t represent the debate on art that basically shapes the novella.

For one, I was expecting an older Aschenbach and a younger Tadzio. In the book, Tadzio is fourteen, but he is described as pure, ideal, innocent, whereas in the movie he reeks of sexuality and is a tease. He is an accomplice to Aschenbach, he always looks back at him, almost provokingly. In the book, it is Aschenbach who steals glances at the boy. As for Aschenbach, I imagined something closer to the professor-turned-clown in The Blue Angel (based on a story by Thomas Mann’s brother Heinrich) than this forty-year old with hardly any gray hair. In all fairness, I do think that Dirk Bogarde did a good job, but either someone else should have done that, or he should have made to look older at the beginning.

I know that the discovery of homosexuality is important to the story, but the movie minimizes the talk about art and the duality between the Apollonian and Dyonisian inspirations and focuses instead on Aschenbach’s obsession of Tadzio and does not justify it. I liked the fact that Mahler’s music was used, because ultimately he did inspire Mann to write his story. I’m not sure turning Aschenbach into a musician was a particularly good move. Or the creation of Alfred who I don’t remember in the book.

And one thing that really got to me was the sound and how it did not match the actors’ lips. I was wondering if it was dubbed because I expected it to be in Italian. But then I remembered that each Italian movie I have watched has this problem. It just bothers me because these directors (Fellini is the other person I’m thinking of) are supposed to epitomize perfection in Italian cinema, and here are their characters laughing without sound, then you hear a noise that doesn’t correspond to their faces (I’m thinking of the scenes when Aschenbach almost collapses and starts laughing. This scene could/should have been the strongest, but it was annoying instead). 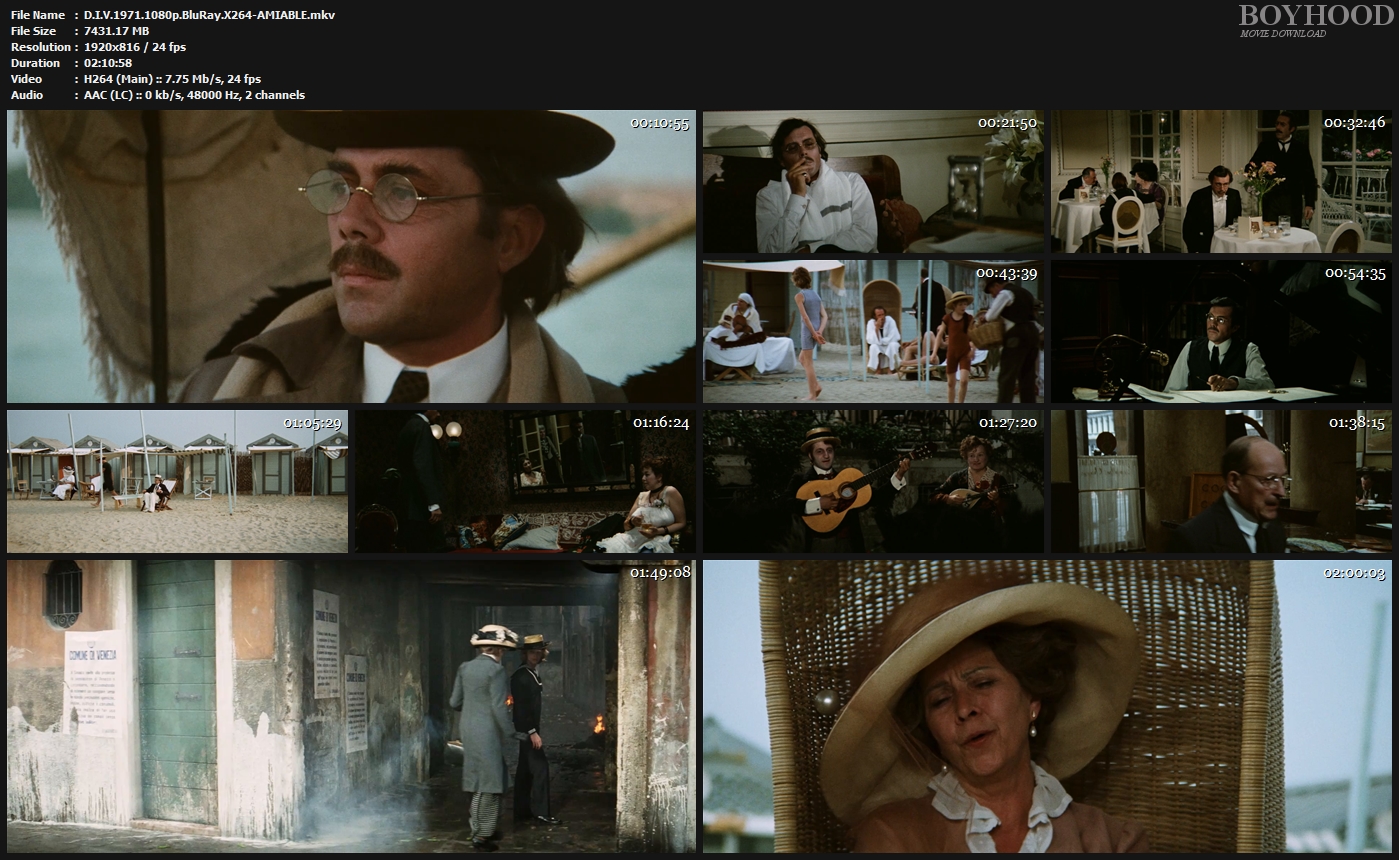