One wild and tumultuous summer in the life of young Jude Traynor as he attempts to navigate his way through a life of delinquency and petty crime.

Directed by Newfoundland’s own Christian Sparkes, Cast No Shadow is an elegant looking film with definite roots in the province. Yet for all its beauty the story is mainly a gritty and honest family drama wrapped up in a coming-of-age tale. Written by Joel Thomas Hynes and adapted from his previous novella Say Nothing Saw Wood, this film tells the story of 13-year old Jude Traynor who tries to survive life caught between his abusive father Angus, being a local outcast, and the dark fantasies inside his own head.

One of the things which astounds me about Cast No Shadow is how great the film looks on a smaller budget. The cinematography by Scott McClellan shows off Newfoundland in all its glory, but also there are scenes of almost terrifying beauty. For instance, young Jude believes there is a troll hiding in a cave near the sea; while the troll is never fully shown, McClellan’s camera-work glides around the edges and only suggests its true horror. Even further, the subtle score from Jeff Morrow adds to the visuals in every moment whether it be a quieter scene or one of raw intensity.

It’s hard to walk away from the film and not revel in one of the best performances by a young actor you are likely to ever see. Percy Hynes White plays Jude to near perfection. There are some genuinely difficult scenes in Cast No Shadow: from moments between Angus and Jude where violence erupts out of nowhere, to a romantic scene or two between Jude and an older girl named Nancy. However, no matter what the context, Hynes White proves his maturity as an actor and reels us into every bit of his emotional journey.

Perhaps the most impressive aspect of the film, though, is the way Sparkes turned a very real family drama into something that is wholly based in reality, and also finds its place in the fantastic. While Cast No Shadow feels completely real, the segues into Jude’s imagination and his visions of the troll break in and transport us to a realm of fantasy. There are other films where dreams and reality become blurred to the point where, as a viewer, we become just as disoriented as the characters. Through Sparkes’ vision, we are able to experience the imagination of Jude while also maintaining the distance required to feel the impact of the whole story. For his first feature film, Sparkes certainly displays the confidence of a seasoned director, and crafts a darkly beautiful piece of work.

I can’t recommend Cast No Shadow enough. There is a moment at the end of the film where the title’s significance truly comes across, and as it cut to black at the theatre I sat a moment in silence to take it in. Only for moment, however, as a hearty round of applause came up from the audience. Even though, as a Newfoundlander, I’m liable to watch Cast No Shadow with the rosy-coloured glasses of pride for my home province, it does not change the fact this is a gorgeous film full of gritty, magic realism, and powerful performances. If you don’t get out to see it in theatre, you might just miss something truly special. 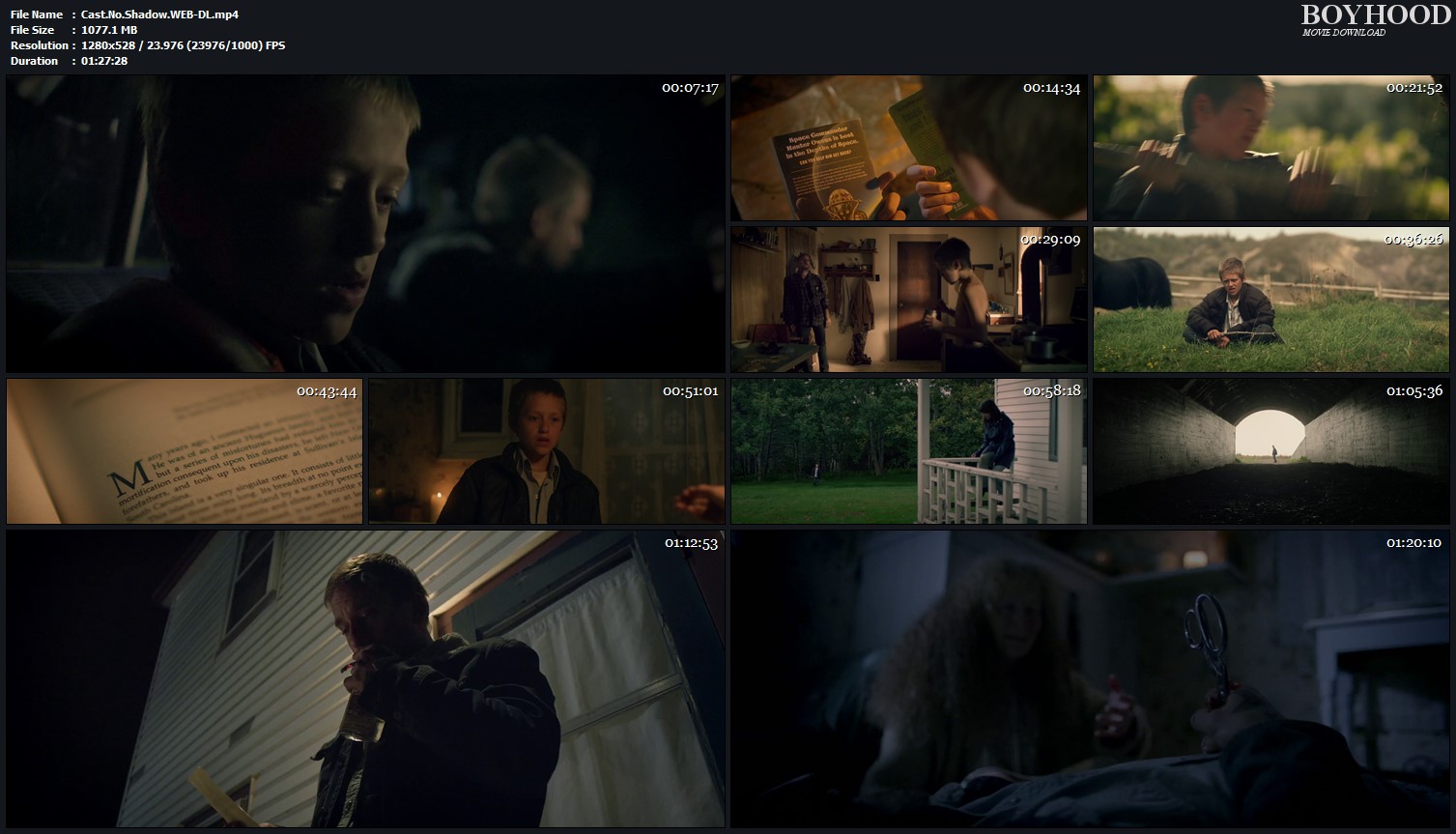