A brutal and naked portrait of a group of youngsters in a small Swedish town, where bullying leads to fatal consequences. 16-year-old Linus and his best friend are systematically harassing a boy in their school.

If in the 50s, Nicholas Ray was the painter of American youth in crisis, Magnus Von Horn could be its faithful disciple as his film “Utan Snö” has something of “The Fury of Living”. Instead of Jimmy, here is 16-year-old Linus, who swapped car racing for motocross. But far from the city atmosphere of post-war America, Von Horn’s short film is set in distant Sweden, in a village surrounded by fir trees. A deserted and isolated place echoing the inner loneliness of the protagonist who lives alone with his mother. If in Ray’s film the father was failing, here he is simply absent. A significant and symbolic absence. In search of beacons, Linus externalizes his frustrations on his motorcycle and lashes out at Adrian, the rejected of the class,

With the American director, the violence was justified and shown in a relationship of equality, here it is cruel and unfair. The youngsters of Von Horn simply don’t have any more values. Acke, Linus’ best friend agrees to “loan” his girlfriend for one night and Linus doesn’t hesitate to soil Adrian in the shower to assert his pseudo virility. No one is really spared, even Linus’ mother, who remains unable to help him when he asks her to. She remains distraught in front of this son she does not recognize, this flayed alive who can no longer communicate, to express what he feels. Even when he confesses his love to Hanna, Acke’s girlfriend, he doesn’t dare look her in the eyes. Cowardice or fragility? A bit of both probably. 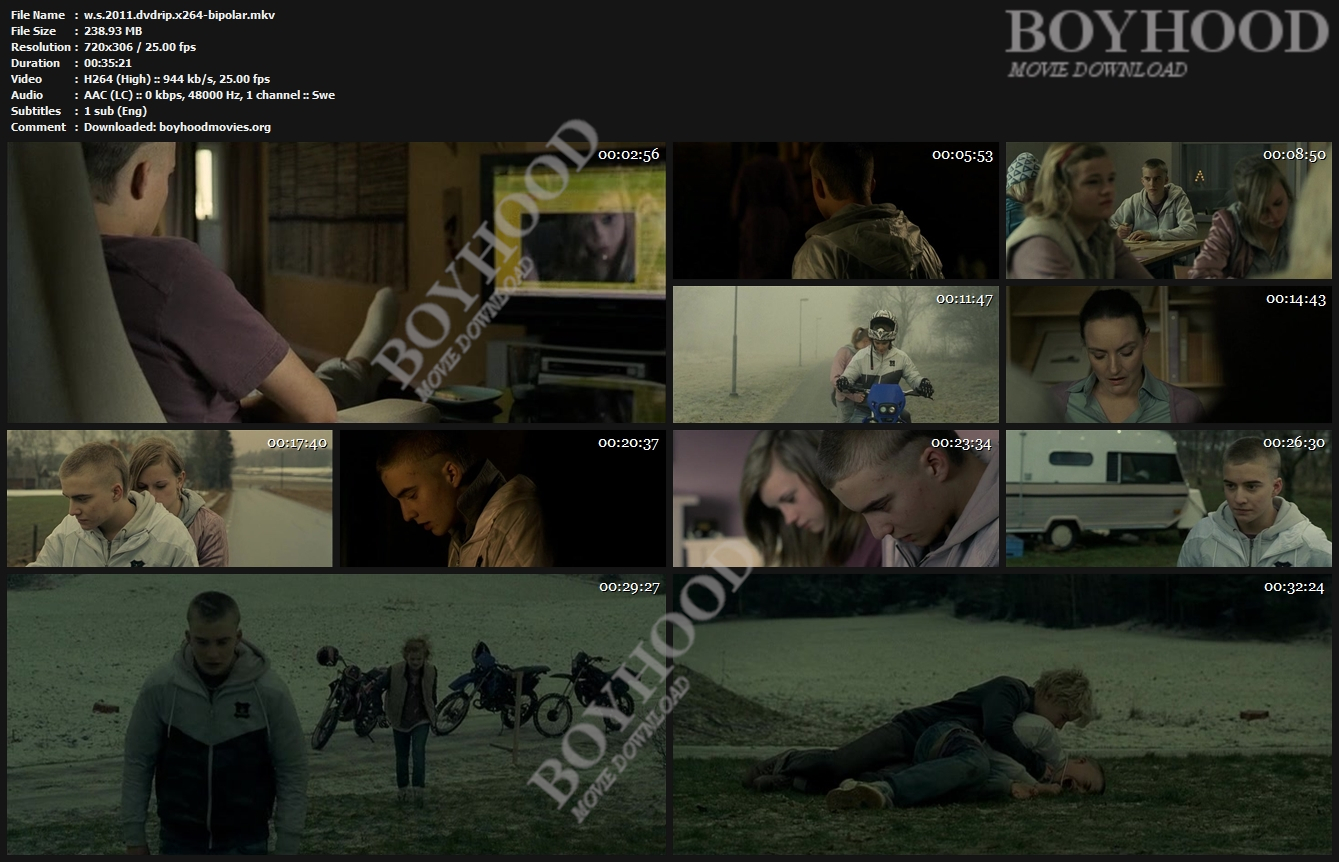 One Response to Without Snow 2011