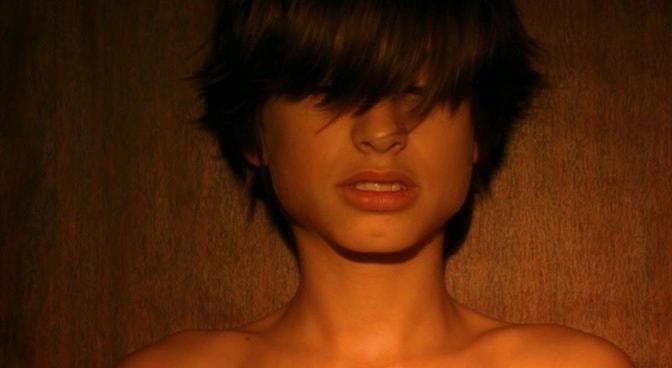 I really don’t understand some of the reviews here when it comes to this film. It’s not so much that people dislike Wild Tigers I Have Known, it’s how some have justified it.

I’ve seen the comparison to Mysterious Skin, and could only think ‘God, why on Earth…?’, because the movies are nothing alike. Mysterious Skin is quite straightforward in the way it delivers its story – the telling itself is pretty conventional.

Wild Tigers is not within a country mile of resembling mainstream movie. It does not hand you a nice and clear plot, it doesn’t make everything easy to understand or have a definitive answer to the questions it might make you ask, it doesn’t have an obvious meaning to every shot. Some people have described it as glacial and it is slow to be sure, but to me that’s like looking at a painting by Caravaggio and complaining that it doesn’t move: being impatient with a film such as this is pointless.

Certain films you don’t watch so much as tune into; I think of Wild Tigers as being like mood music … you can drift along with it if you choose and see where it will take you, but if you demand things of it, then you’ve already missed its purpose.

On top of that, I didn’t think the plot was either obscure or confusing. Sure, there were elements where I was unsure of the meaning – that’s the stuff for me to think about – but the gist of a boy drifting through the currents of confusion that surround the awakening of a different sexuality was quietly simple.

Random shots of the object of his infatuation looking into the camera, or the lead wandering through undergrowth may seem surreal, but they build into a mosaic of the thoughts and daydreams that add to the character development that some people don’t seem to have seen/understood.

And amidst the more difficult and questioning parts of the film, you have the moments of startling clarity and simplicity, beautiful moments, such as a scene where the protagonist reveals some of his inner self to his friend that he had been keeping at arm’s length. It’s not a loud moment, it’s not an overly dramatic moment – and it sparkles for it.

I wouldn’t say I loved this movie. I’m not entirely sure it’s a type of movie that I could love, and thus I feel that 7 is the highest rating I can give it. What I can say though is that it captivated me, it made me think, and will doubtlessly stay with me for a long time to come.

Wild Tigers I Have Known is a challenging film, and whilst it may not contain the kind of defined story that many viewers may expect, for those that take the time to view it as an experience and as something to think about, it can be very rewarding indeed.

One Response to Wild Tigers I Have Known 2006