At the end of the 1990s the Internet comes to Northern Norway and coincides with the sexual awakening of young Mads (12). The introduction of pornographic images into his life complicates his relationship with his parents, and their house becomes a minefield filled with uncomfortable interactions.

In a small town in Norway in the 90’s, the internet arrives. A young boy makes his first journey into sexual awakening at a speed of 56 kbits/s.

There is a lot of period detail in this film, and it is worth noting because of how well it is done. People talk about ‘period’ dramas generally being Victorian or other olden times where lots of detail has to be recreated, but give credit to a film that has everything from the old pipe screensaver, through to the Charlotte Hornets jacket (were they such a great team in the 90’s? I remember their logo being everywhere). This sense of time is important because it puts me back in this period very well, which for me means more about that period of growing up rather than specifically getting the internet in my home (which I don’t think I ever had until I had long since moved to my own place).

This feeling of a shift in both the character and the era is what makes the film interesting, and is why the period detail is important. We can relate to the change in the boy, but it is also interesting to see the impact of technology on that change. Where before maybe a discarded smutty mag, or Jenny Agutter topless in a film, would be the height of access, now the internet means you are only limited by what you search for, and the related searches that pop up. The film doesn’t preach on this (although the smutty pictures delivered line by line very slowly seems almost ‘innocent’ and quaint compared to the 4k streaming video available on tube sites now).

The narrative and film is quite slow, and it is more of an observational tone it takes. In some ways this makes it a bit too slow but generally it still engages through the period detail, the themes, and the interactions the young boy has. The film strips away his innocence nicely, giving him some guilt and shame in there. I am not sure the ending totally works (and is an uncomfortable final image for someone to walk in on with no context) but it is memorable if perhaps a bit too flamboyant to fit with the film. 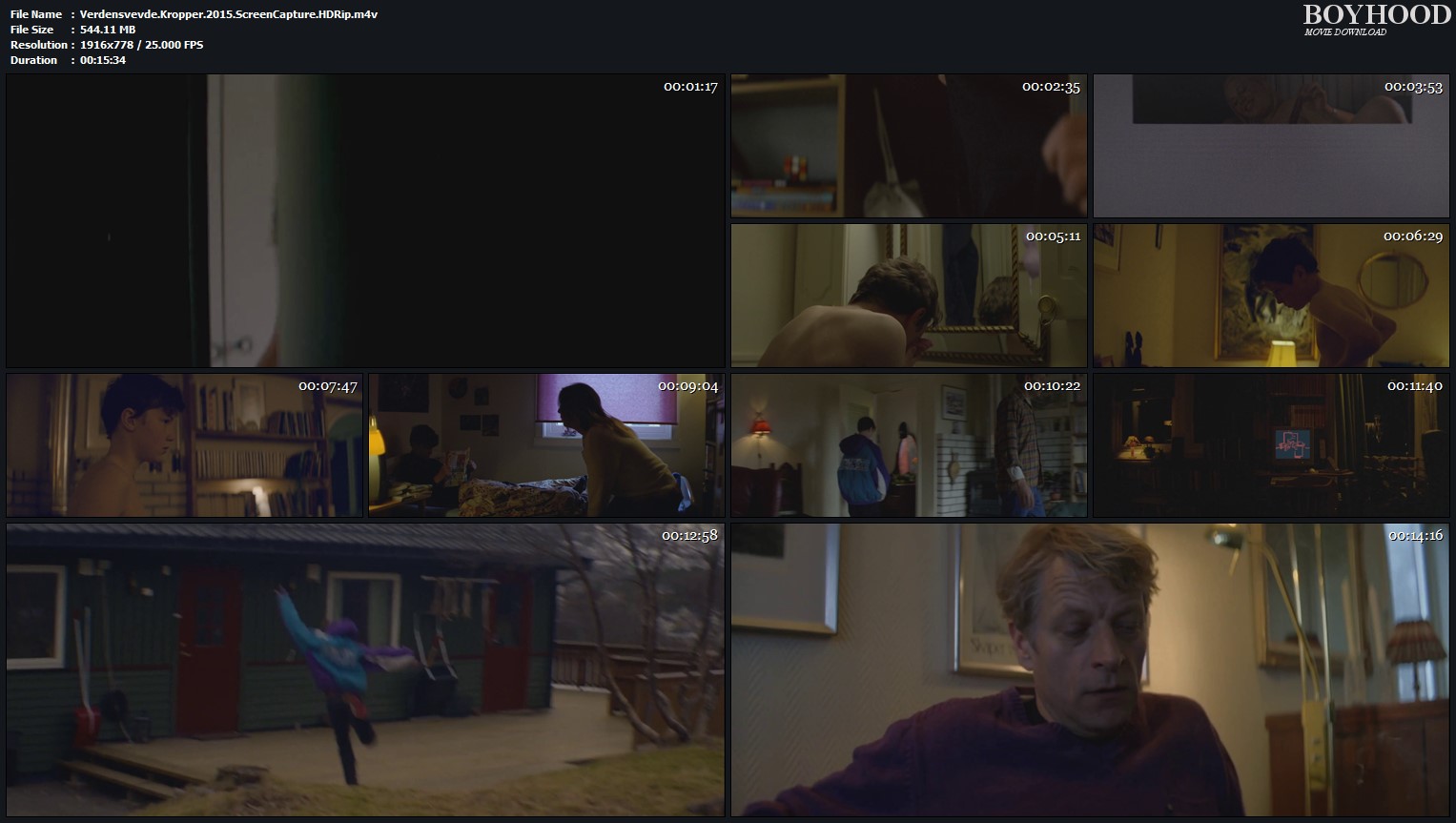 One Response to Verdensvevde kropper 2015