In the wake of the Second World War, the Danish authorities force thousands of German prisoners of war to defuse the millions of mines buried on Danish beaches.

This was a very well written and acted movie. The production level was very good and after viewing it, I don’t think it was a very expensive movie to film. Yet it might be one of the best films I have seen from 2015. I really liked the story line here. Post WWII with a real feel for the era. You had a very real sense that the anger these people were feeling was real. There are parts in the movie where you just had to think WOW it just got real. From the very beginning they were not going to hold back. You could really feel the emotional message of the movie.

The movie is not for people who like happy endings. This is a very powerful story that sucks you in, and it holds you there in suspense. It’s like watching a train wreck. It’s great entertainment but the outcome is simply horrifying as you know what is coming down the tracks. It is filled with anger, fear and dread. But also human connection, reflection, and the propensity for humans to know the moral right. There is no way you can look at this movie and say there is a “happy ending”. Instead it gives you a real glimpse of the complexities of post WWII mechanics and human character.

There is simply no way to look past the harsh realities of this film. It speaks to who we are and how human beings react. But it also shows that while we may not be innocent, we try to preserve others who we think are. 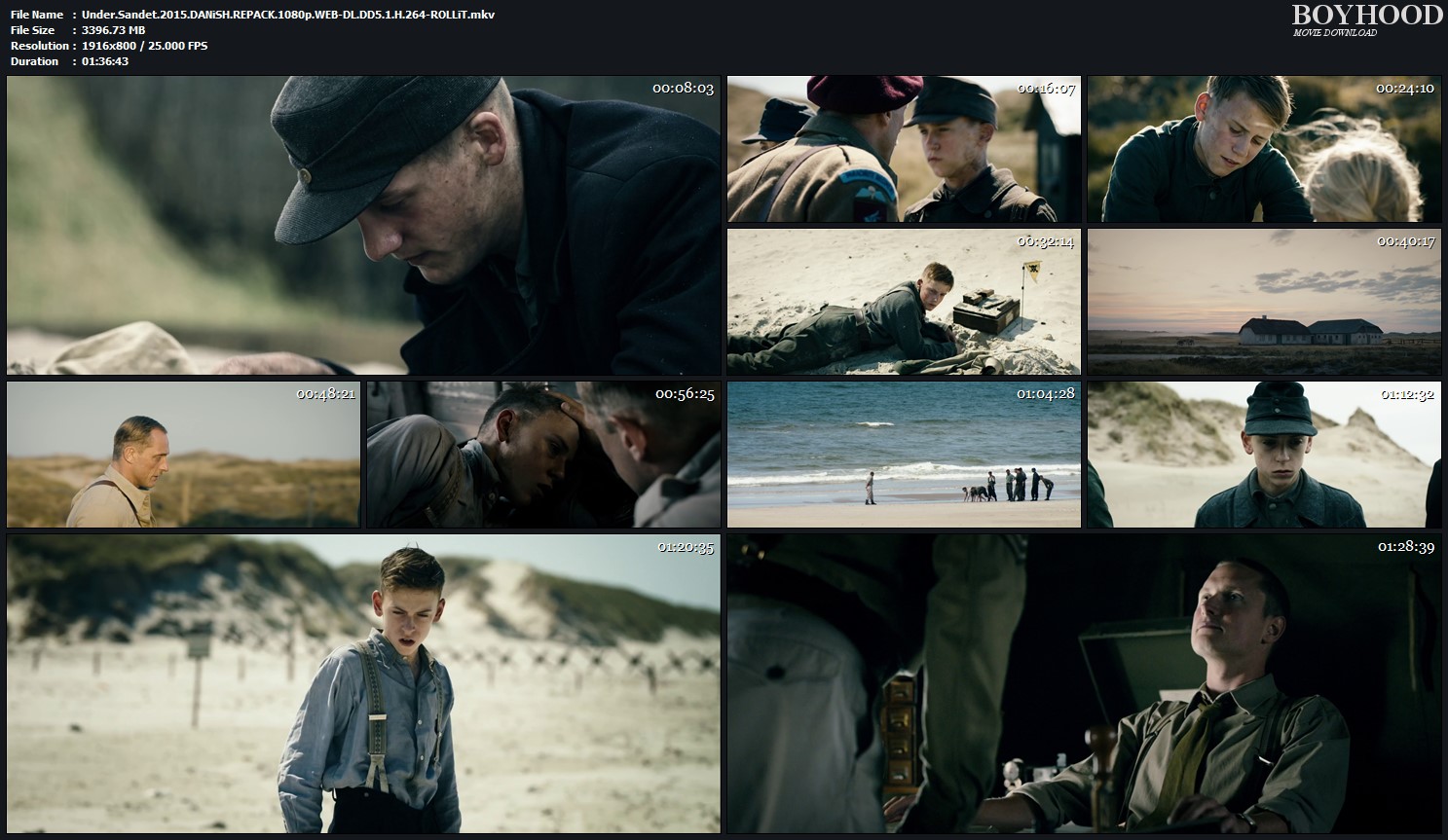 One Response to Under sandet 2015