Haim-Aaron is an ultra-Orthodox religious scholar from Jerusalem whose talent and devotion are envied by all. One evening, following a self-imposed fast, he collapses and loses consciousness in the bathroom. The paramedics announce his death, but his father, refusing to let him go, takes over resuscitation efforts and, beyond all expectations, he comes back to life. After the accident, the scholar remains apathetic to his studies. He suddenly feels a strange awakening in his body and suspects that God is testing him. When his father notices these changes in his son’s behavior, he tries to forgive him, tormented by the fear that he has crossed God’s will when he resuscitated him.

Tikkun is set in the ultra-orthodox Jewish community in Israel. It’s a world of sleep, eat, study. Haim Aaron is the eldest in his family, and in his religious school. One day while bathing, which in his mind is against the religious rules, he has an accident and dies. After 40 minutes of CPR, after the paramedics proclaim him dead, his father brings him back to life. He then goes about exploring what more is out there in the world.

Tikkun is shot in black and white, has very little dialogue at times, and is excruciatingly slow. The first half of the movie is alright, as we’re introduced to Haim Aaron’s new dilemma. It’s also interesting watching his father get concerned over the change. However, the movie just keeps on the same thing, and starts introducing random shots. The last 15 minutes are shot in a literal fog, impossible to see anything.

This was a movie I couldn’t wait for it to end. 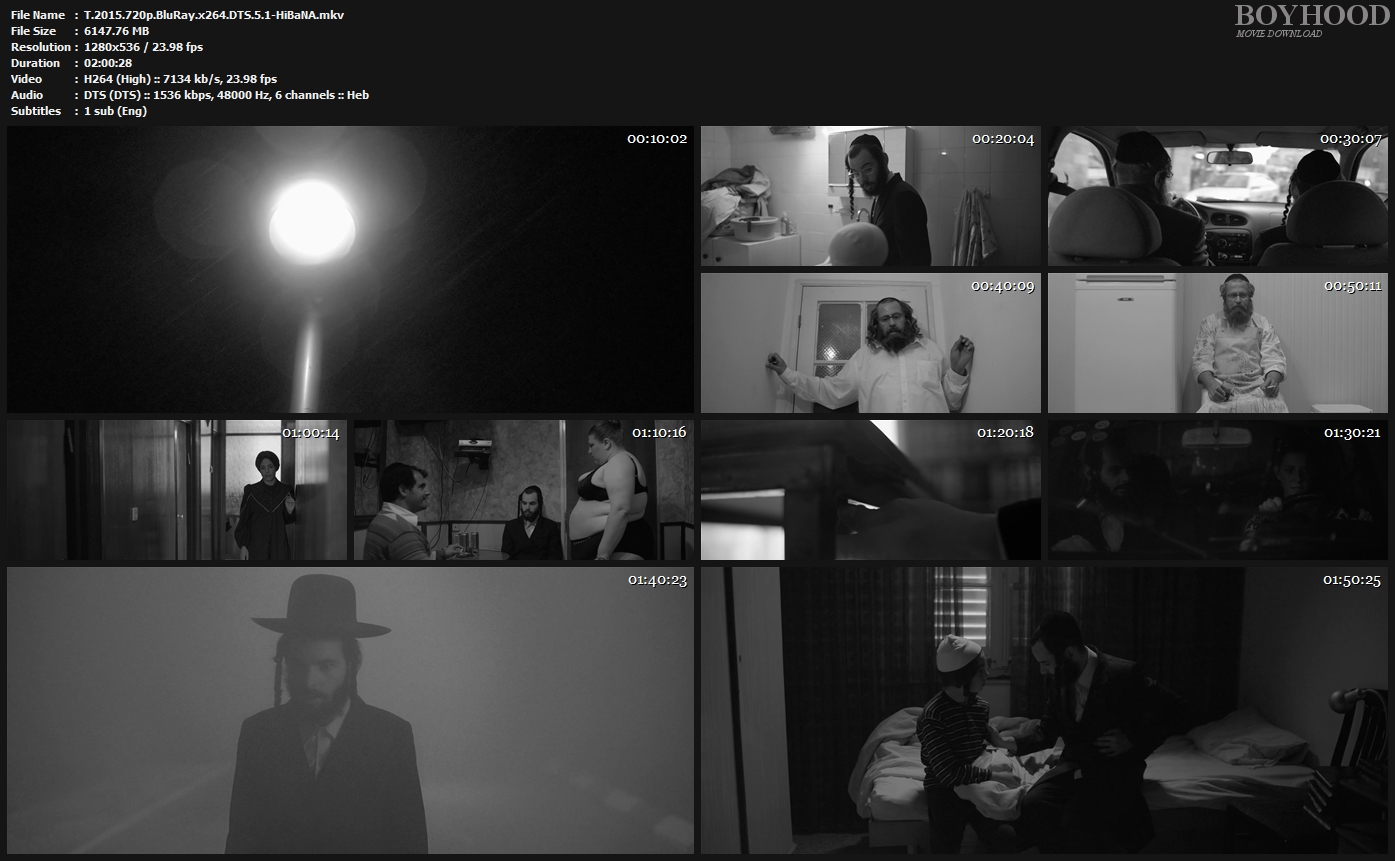