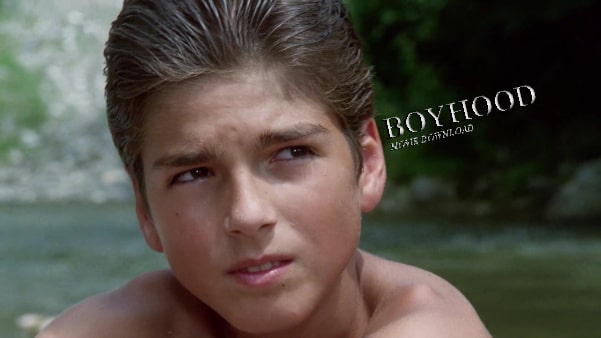 Three boys who are fascinated with seventh art magic decide to escape from their remote village straight to Hollywood. At the same time, a local policeman frantically organizes a reception for the president of the state. His “strictly controlled” citizens, under the influence of events in Cuba, in 1962, start dividing in two parties, resolved to succeed where Khrushchev and JFK have failed.

Another excellent comedy by Bozidar Nikolic, who made a name for himself in Serbian cinema (even though he’s Montenegrin) after directing a 1984 classic “Balkanski spijun”.

“Tri karte za Hollywood” takes place in a fictional small town of Gornje Polje (sort of Anytown, Serbia) during the time when eyes of the world were focused on Cuban missile crisis wondering if World War III is about to start. Further raising tensions among locals is the imminent visit of Marshal Tito who is due to pass through town on his famous Blue train.

In a place where everybody is consumed with politics, some are ardent Russophiles, while others are in awe of American lifestyle and yet others are oppurtunist, smalltimer drones looking for personal gains during this looming world political reshuffle. Overlooking them all is ‘Narodna vlast’ – Tito’s communist regime embodied in police chief Gavrilo Milentijevic (Branislav Lecic) and his deputy Zikica Grujic (Bogdan Diklic) who are busy up to their necks with preparing a grandiose reception for Marshal, keeping the lid on town’s factions and secretly squabbling for career points in the eyes of more important Party officials….

As opposed to “Balkanski spijun” which is a typical Dusan Kovacevic screenplay with limited number of characters all revolving around a central theme, Nikolic here successfully tries something different and slightly, but only slightly, more lighthearted with Zeljko Mijanovic’s script which juggles multiple themes with a lot more characters. Also, he is going for laughs a little more than in “Spijun”, a technique that works in most of the movie but for a few scenes which lack genuineness. Actors do an exceptional job and the look of the movie is good.

Conclusion: Definitely see this movie if you get a chance to, it’s excellent! 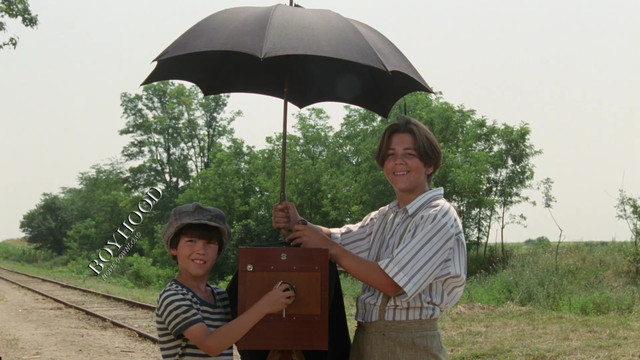 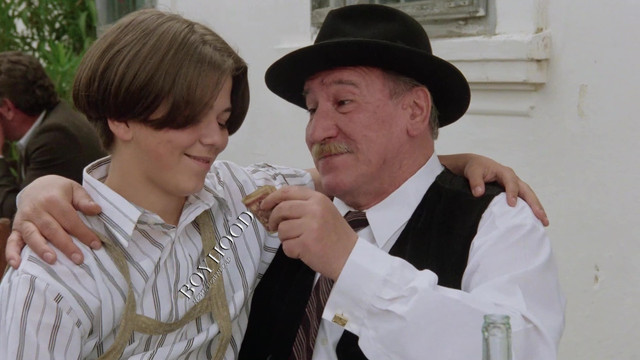 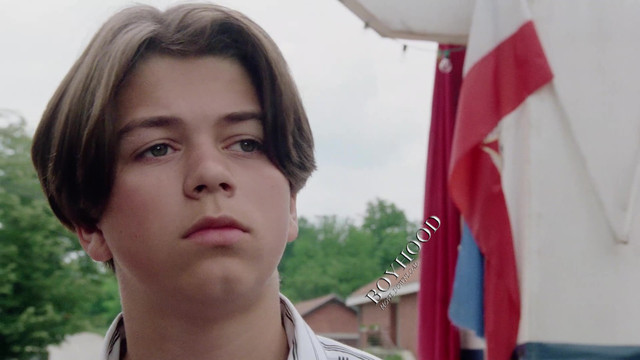 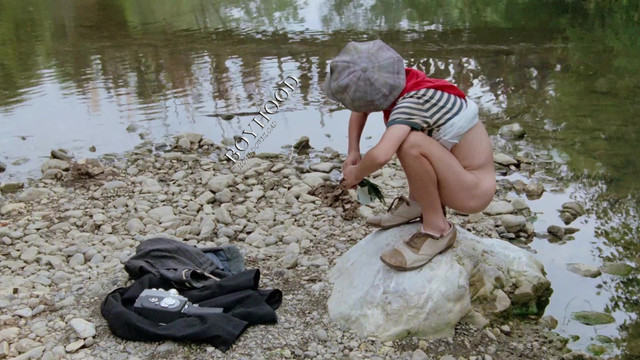 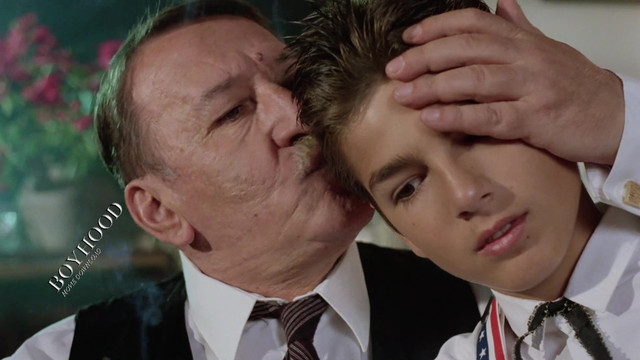 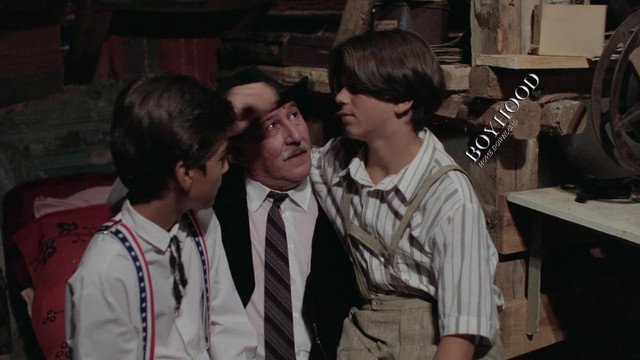 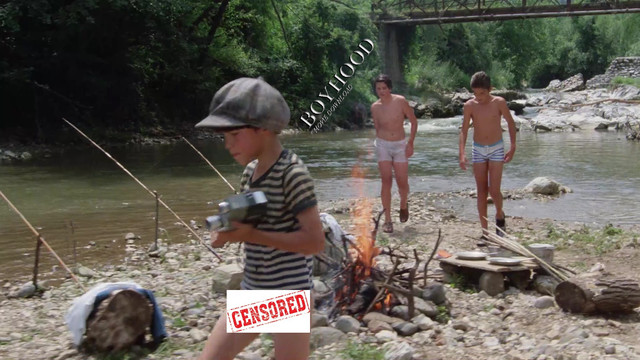 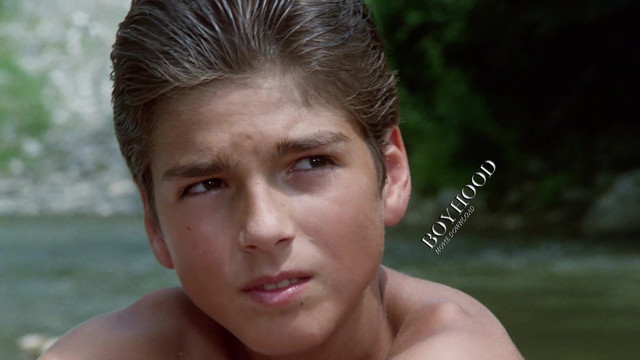 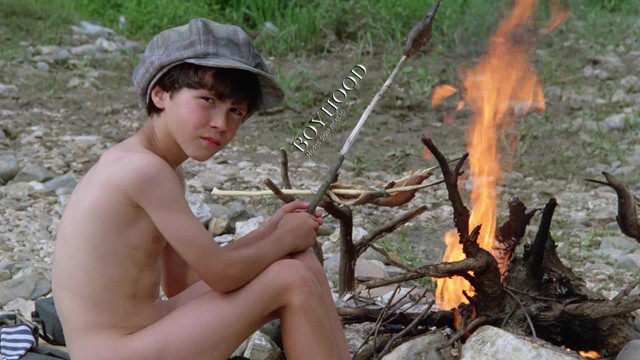 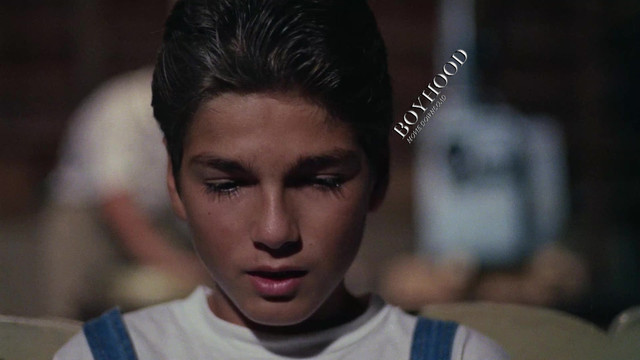 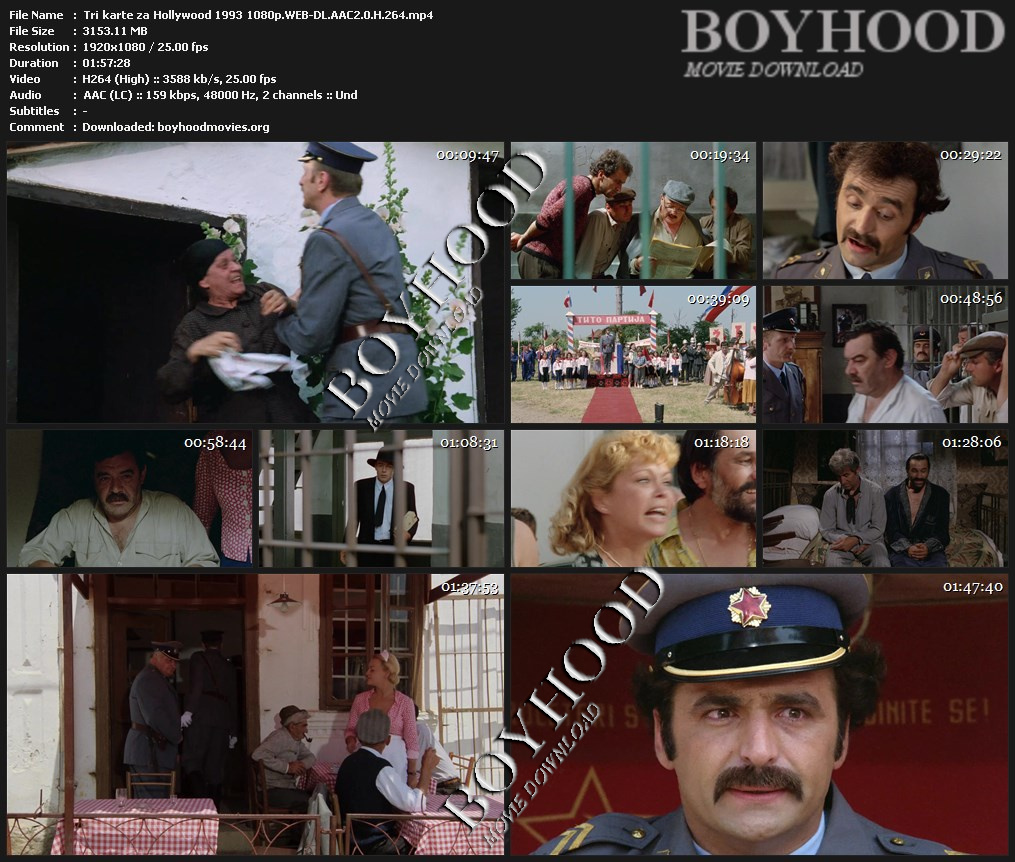 One Response to Three Tickets to Hollywood 1993