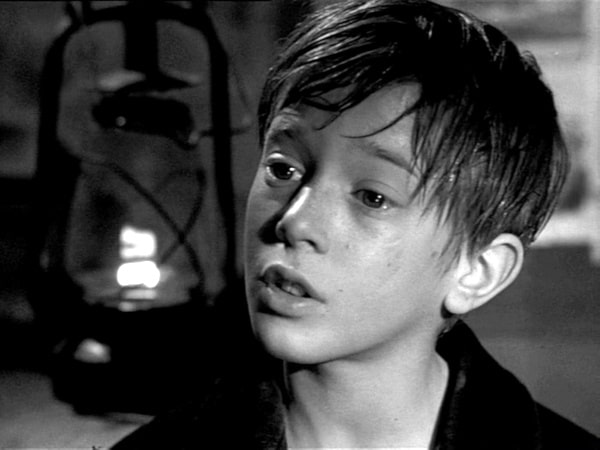 In 1875 London, young Wheeler (who lives by scavenging) finds a cameo of Queen Victoria, which he thinks so beautiful, he risks his life to save it. Possessed of a desire to see the Queen, he slips past the Beefeaters and wanders about Windsor Castle, just when a state dinner is in preparation. Meanwhile, Prime Minister Benjamin Disraeli is struggling hard to persuade the Queen to end her long seclusion.

When I saw that Irene Dunne was cast as Queen Victoria, I was ready to hate the film. After all, she seems about as much like this historical figure as Shirley Temple! There was absolutely no way they could make this work. Well, was I wrong…she was terrific and they managed to make her look like the middle-aged monarch. I was amazed.

The film begins on the filthy bank of the Thames River in London. Poor, wretched boys work the bank as ‘mudlarks’–kids who will scour the shore for anything of value. This is much like the pathetic kids in places like India and Brazil who live among the garbage and scavenge for a meager living. A boy sees a cameo of the queen. He has no idea who she is but is captivated by how beautiful she looks. When he does learn it’s the queen, he decides to go to Windsor Castle and try to see her. By some strange circumstances, he is able to make it inside and is eventually discovered. Where this fantasy story goes next is something you’ll just need to see for yourself, but in some ways it’s like another fictional story about the British monarchy, “The Prince and the Pauper”. But it also has a bit of the Dickens touch–as there is quite an emphasis on social responsibility and the poor.

The acting is just lovely. Dunne is perhaps at her best, Alec Guinness is his usual amazing best and Finlay Currie, though not exactly a mirror image of the man he played (John Brown), was lovely as well. A great script, nice direction and quality all around make this a neat little fantasy film…and one that can be enjoyed by all ages. 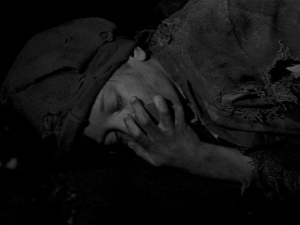 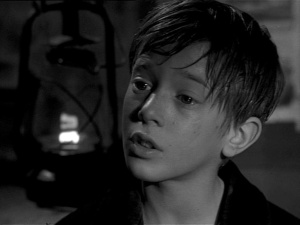 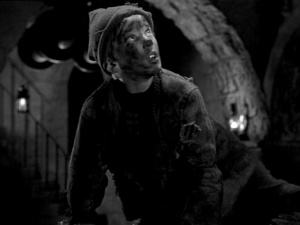 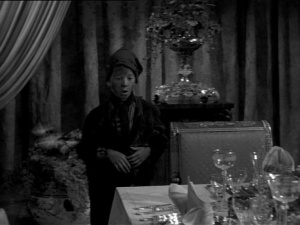 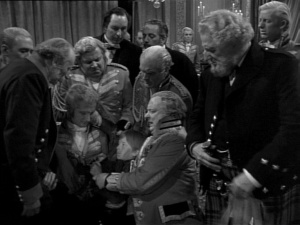 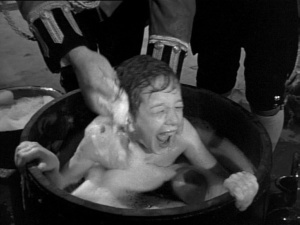 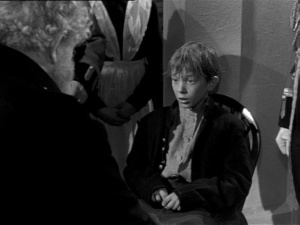 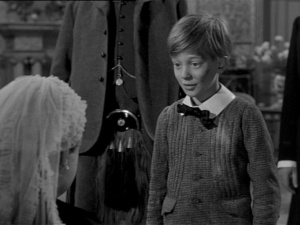