Robert Eastwood is an innocent, brought up in a world of Born Again Christianity that’s taught him to look for signs and to believe evil in waiting just outside the front door. When he goes to school he’s shocked to discover that no one else thinks the world was made in 7 days or that Jesus will be returning. Caught between his Mother, who’s determined to bring Jesus’ love to a dead mining town, and his best friend Marcus who’s introduced him to teenage rebellion Robert becomes the centre of a spiritual tug of war as he tries to escape his religious beliefs. It’s then that he discovers a dead body in the woods and realises God has sent him a sign. The Devil Outside is a story of everyday madness.

There’s nothing quite like a bit of religious fanaticism to get the juices flowing and boiling. Alas, Andrew Hulme’s film doesn’t quite manage to grab where it ought to have grabbed…by the ****!

The main problem is with the friendship between the boys…one is a creationist-believing, molly-coddled introvert while the other is a rebellious stooge who attends religious classes [Why?!? Some silly reason is given…but, it wouldn’t stand a chance in a court of law!].

There were a couple of opportunities where the director could have made the film into something completely different. There’s a soupçon of the supernatural lurking here and there…but, it’s not exploited as it should have been. Then, there’s the subtext…is the lay-preacher just a kiddie-diddling monster? There’s a hint…but, nothing concrete. Oooh…if only the supernatural and the subtext had been squeezed to the extreme…then, The Devil Outside would have been a force to be reckoned with…all the components were there, the talent and technical ability…and, the idea! 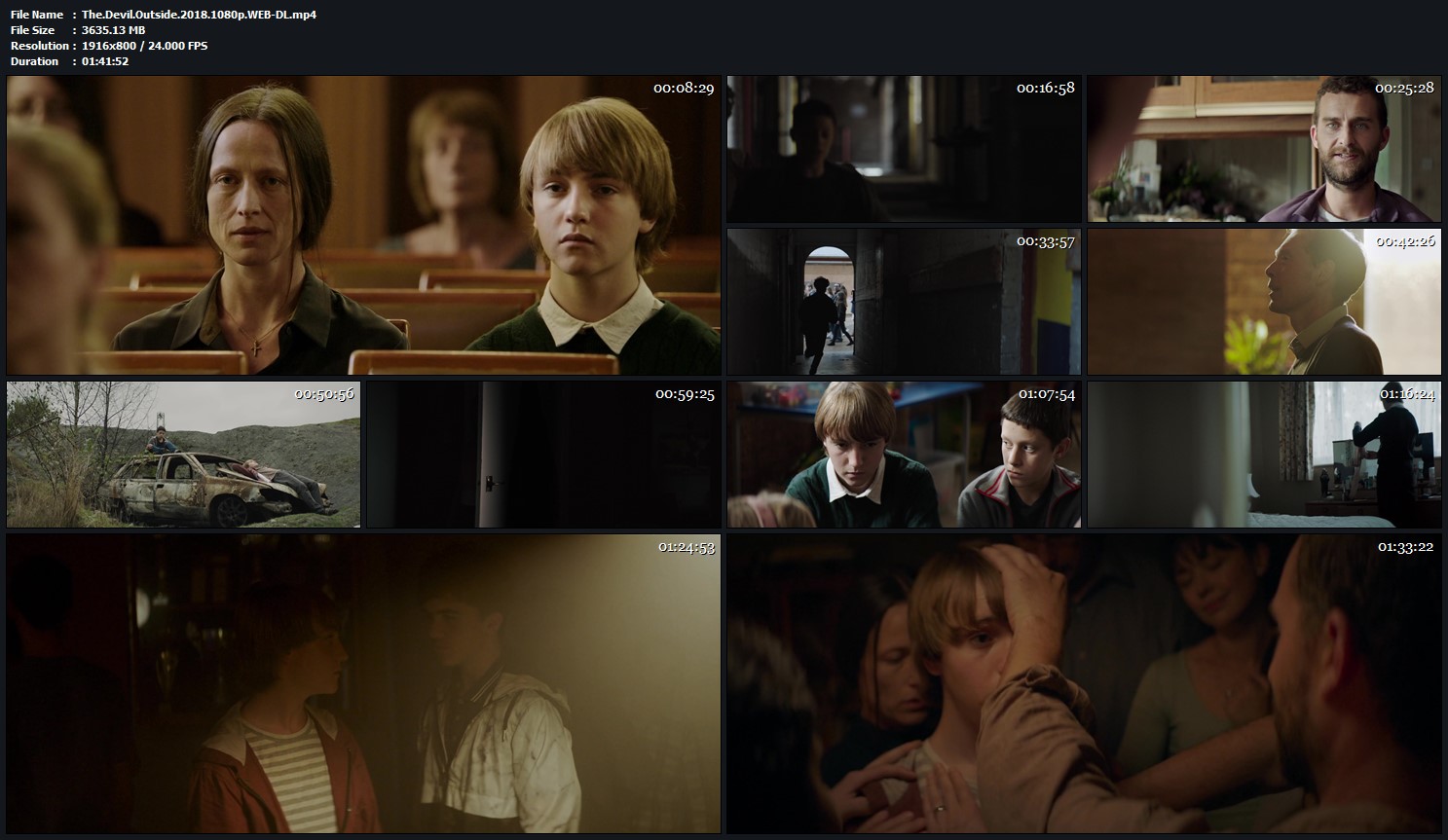 One Response to The Devil Outside 2018