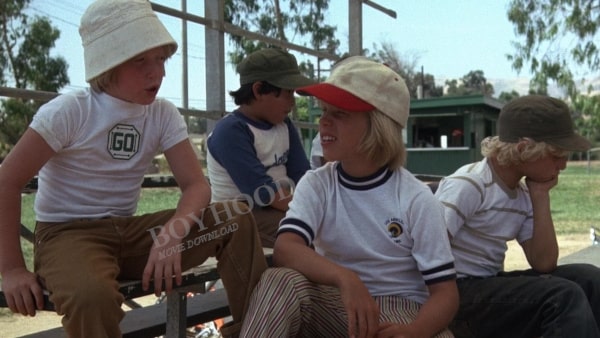 Former minor leaguer Morris Buttermaker is a lazy, beer swilling swimming pool cleaner who takes money to coach the Bears, a bunch of disheveled misfits who have virtually no baseball talent. Realizing his dilemma, Coach Buttermaker brings aboard girl pitching ace Amanda Whurlizer, the daughter of a former girlfriend, and Kelly Leak, a motorcycle punk who happens to be the best player around. Brimming with confidence, the Bears look to sweep into the championship game and avenge an earlier loss to their nemesis, the Yankees.

I have to admit I am not a huge sports fan, but several sports movies have sparked my interest, such as Hoosiers, Breaking Away and Remember the Titans. I saw The Bad News Bears mostly for Walter Matthau and I really enjoyed it. While it could have been a tad longer perhaps, and one or two scenes could have been tighter in the pace, it is a very good movie. For a sports movie, it is quite different, taking on the underdogs taking on the big boys scenario for example, and it works wonderfully.

The production values are very nice, and Jerry Fielding’s score compliments each scene beautifully. The film’s script is quite gritty, but it is also funny and thoughtful, while the story is always engaging and well-thought out with the relationship between Morris and his team particularly pulling you in. The direction is solid, while the acting is excellent. Walter Matthau is simply brilliant as the boozy coach Morris, while Joyce Van Patten gives great support and the child stars are more than a match for Matthau. Especially Tatum O’Neal, who is quite charming yet very spunky and likable, and I personally think she has better screen presence than her dad.