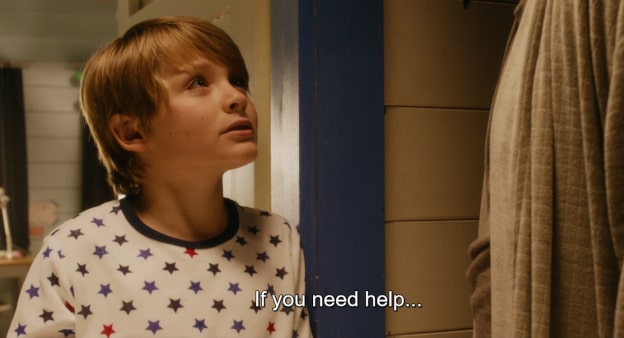 She was sweet, she was cute. But just before her 14th birthday, Daddy’s little princess mutates into a petulant pubescent nightmare. Journalist Hannes Wenger decides to take a time-out from work to guide his daughter Carla through this difficult phase in her life and, above all, to keep her away from alcohol, boys and other temptations. This is easier said than done, however, and when his wife Sara goes back to work, Hannes proves himself entirely inept at raising a teenager. Whether it’s Carla’s birthday party, her mobile phone contract or her first time, Hannes makes one awkward blunder after another. The fact that other teens have embarrassing fathers provides only faint consolation; Hannes’ best friend is a war reporter named Holger who prefers to be shot at in war zones rather than stay at home and be driven crazy by his own teenage nightmare.