Single father Aaron fights to save his 12-year-old hemophiliac son after becoming infected with vampire blood. 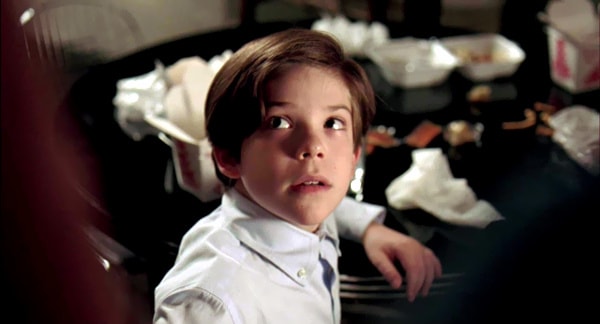 The Cairn’s life seems to be a harmonic family: The father Brad works as a stockbroker, his wife Abby takes care of their common new-born daughter Lily, and the 9-year-old Joshua is high-talented. But the appearances are deceptive. Joshua becomes gradual jealously, that his parents give the baby more attention than him. Therefore he begins to terrorize his family. Neighborhood boy Todd Bowden (Renfro) discovers that an old man living on his block named Arthur Denker (Mackellan) is Nazi war criminal. Bowden confronts Denker and offers him a deal: Bowden will not go to the authorities if Denker tells him stories of the concentration camps in WWII. Denker agrees and Bowden starts visiting him regularly. The more stories Bowden hears, the more it affects his personality. 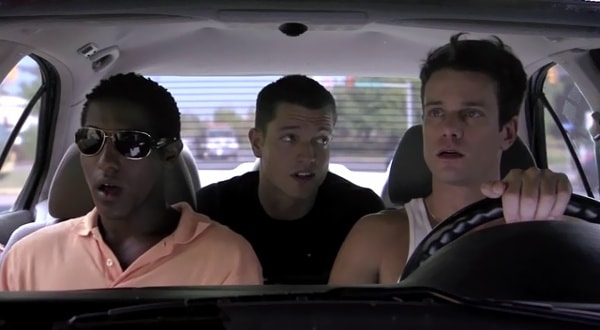 When three gay men on a cross-country road trip enter a redneck bar, the culture clash has deadly results. 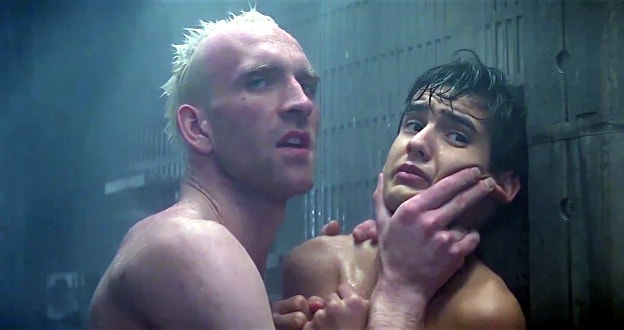 In 2038, Earth’s mineral resources are drained, there are space fights for the last deposits on other planets and satellites. This is the situation when one of the bigger mining corporations has lost many mineral moons except one and many of their fully automatic mining robots are disappearing on their flight home. Since nobody else wants the job, they send prisoners as a last resort to defend the mining station. Among them, internal affairs agent Felix Stone, assigned to clear the whereabouts of the expensive robots. In an atmosphere of corruption, fear and hatred, Stone gets between the fronts of rivaling groups and locates the person committing sabotage. 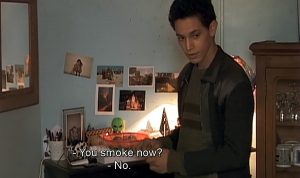 Manu and Nadine lose their last tenuous relationship with main-stream society when Manu gets raped and Nadine sees her only friend being shot. After a chance encounter, they embark on an explosive journey of sex and murder. Perhaps as a revenge against men, perhaps as a revolt against bourgeois society, but certainly in a negation – almost joyful in its senseless violence – of all the codes of a society which has excluded, raped and humiliated them. Controversial for its violence and real sex scenes: a vividly nihilist road movie set in France. 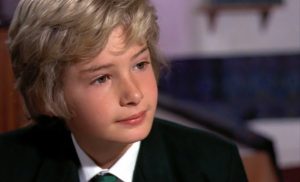 Witnessing an assassination, a boy claims the assassins are hunting him. With his older sister, the pair escape numerous attacks and are aided by their grandfather and a resourceful young bystander even under the spectre of martial law. 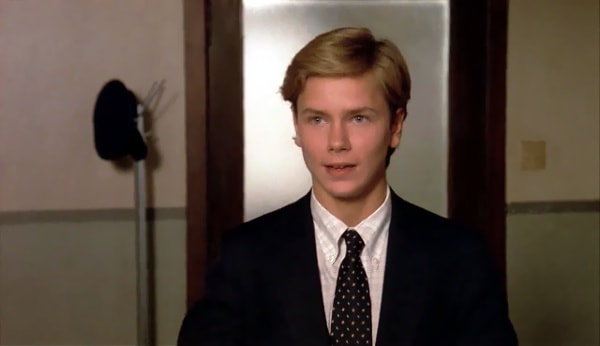 Roy Parmenter is a veteran FBI agent who has spent the last 20 years trying to find the Russian agent who killed his partner whom he calls Scuba. When a couple of deep cover Russian agents are killed Parmenter thinks Scuba is the one doing it. The Russians who have received word from Scuba that if they want him to stop, they have to pay him. So they send a veteran Russian agent, Karpov to stop him. Parmenter was tasked with performing background checks on people applying for certain things requiring security clearance and when he comes across Jeffrey Grant who’s applying to the Air Force Academy, he discovers that his parents’ info is false. He also learns of Karpov coming into the country and suspects that he is here to stop Scuba and that Karpov went to the city where Jeffrey and his family live, so he decides to keep an eye on Jeffrey and his family.