A child disappears. Faced with the inability of the police, the grandfather went to Paris and enters the worlds of drugs and child prostitution, looking for his grandson.

If he had not agreed to ride in this black BMW, Laurent would have continued to lead a peaceful existence, between a young widow and dynamic mother, Christiane and a picturesque and devoted grandfather. For the police, impotent and passive, Laurent comes to lengthen the list of adolescents “disappeared”. But Jules Rampin, the grandfather, convinced that his grandson was sequestered in Paris, went to look for him. Putting on the trail of networks of child prostitution by a journalist solely interested in the “scoop” of the reunion, Jules soon finds himself alone to continue his investigation in an environment of which he discovers with horror the realities. From nightclubs to minitel dialogues, Laurent’s grandfather pursues his quest furiously. The weeks, the months pass, and with them the hope of finding the teenager. The ultimate chance takes on the features of a young police inspector, who illegally puts Jules in touch with a network of high-profile politicians and businessmen fond of young boys. Once again Jules faced a failure, the last before ending his search, a roundup of video-cassette traffickers makes Laurent, sequestered with two other boys in a cellar. 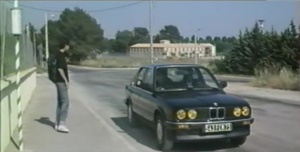 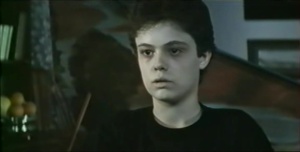 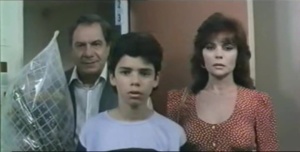 One Response to Sans Defense 1989