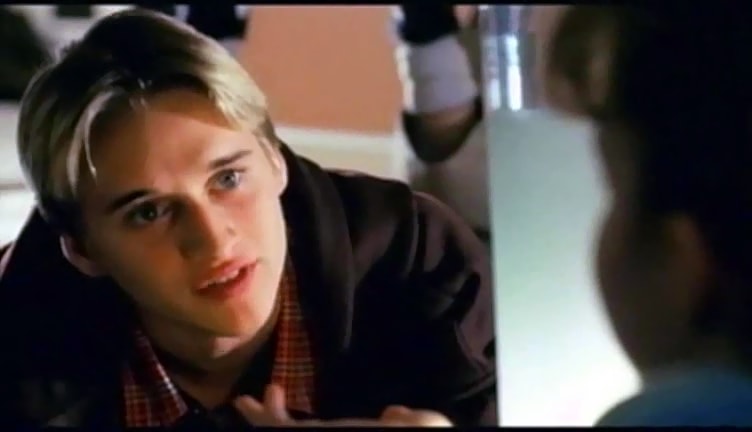 Storyline:
A provocative coming of age comedy about one night in the lives of two lonely kids. A 15 year old shy babysitter and a 10 year old precocious girl. The movie begins with an explicit murder scene. We later learn high school student Alice (Natacha Régnier) convinced her lover, Luc (Jérémie Renier), to murder their classmate Saïd (Salim Kechiouche), whom she claims raped her with a group of his friends. After the murder they take Luc’s parents’ car and go off to rob a jewelry store. When they dispose of the body in the woods, the couple get lost on their way back to their car and are captured by a mysterious forest dweller (Miki Manojlovic). Matters take an even more bizarre twist when the stranger locks the young lovers in his basement and reveals that he plans to eat them. The movie shows the events that led up to the murder of their classmate and the ordeals the two lovers undergo in the cabin. Alice is very sexually active, but Luc is still a virgin. Sometimes it feels like a bizarre twist of Grimm’s “Hansel and Gretel” in true François Ozon style.

Taavi, who never goes anywhere without his video camera, and his young and wealthy friends find themselves on the cusp of adulthood. After throwing a wild party at the mansion left to him by his deceased parents, Taavi shoots video of the partygoers in their various states of undress and drunken sexual congress. What begins as a prank spurs Taavi and his friends Jere, Sami, and Markus to form a club, the only requirement for admission being that each young man must bring a tape of his latest sexual conquest to every club meeting. The risque game quickly degenerates into dangerous compulsion as relationships implode and the boys forsake their girlfriends in favor of prostitutes and “swingers”. As currents of coercion and abuse enter the picture, each young man must ultimately confront his own morality in the viewfinder

Vincent is an old Vietnam vet whose stubbornly hedonistic ways have left him without money or a future. Things change when his new next-door neighbor’s son, Oliver, needs a babysitter and Vince is willing enough for a fee. From that self-serving act, an unexpected friendship forms as Vincent and Oliver find so much of each other’s needs through each other. As Vincent mentors Oliver in street survival and other worldly ways, Oliver begins to see more in the old man than just his foibles. When life takes a turn for the worse for Vincent, both them find the best in each other than no one around them suspects.

Storyline:
The story of a man who returns to the sea where he spent his childhood summers in search of peace following the death of his wife.

Storyline
GAYBY BABY follows the lives of four kids – Gus, Ebony, Matt and Graham – whose parents all happen to be gay. As they each wrestle with personal change, the outside world wrestles with the issue of marriage equality, and whether or not kids of same-sex families are at risk.

Zac and Eva live with their parents in isolated-mysterious farmhouse. The family lives’ in the 1800s manner and doing the old-fashioned chores. When their mom becomes seriously ill, the sibling begins to discover family dark secrets and supernatural abilities to teleport themselves, which threaten a family to splintered. One and Two is the story about the bond and love between the siblings.