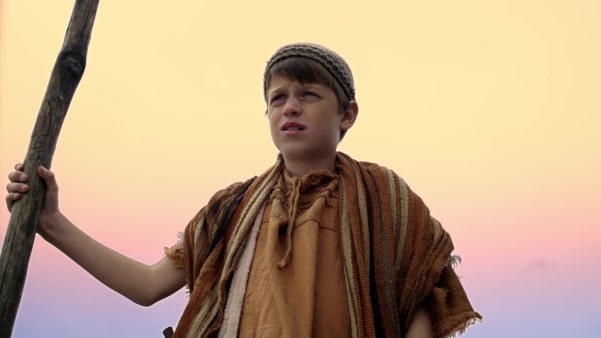 As the sun beams brightly on the hills surrounding Palestine, one young shepherd boy thoughtfully considers the significance of the day. The child, crippled in a terrible accident, has always treasured his shepherd father’s tale of that starlit night so many years before – a night filled with the wonder of angelic heralds and a tiny Bethlehem stable sheltering the chosen Messiah. Now, years since that sacred event, tales of Jesus of Nazareth’s miraculous birth touch the young boy’s faith. When he meets the gentle stranger in the hills – a man strangely familiar to him – the faithful young shepherd encounters a miracle of his own.

This movie tales the tell of the son of one of the shepherds who visited Christ the child. It is later in the young man’s life after his father has died in an accident and he has been left crippled. While tending to sheep on the anniversary of our saviors birth he reflects on his fathers stories of that night and dreams of one day meeting the man Jesus who even now is going about Jerusalem healing and preaching the gospel of the kingdom of God. Alone in a cave while he waits to pass the night watching over his flock he meets a visitor. The story is narrated in the young child’s voice and said in scenes of pastoral bands with beautiful sunsets and mountain backdrop. The acting is restrained but graceful. Punctuated by the humble but powerful presence of the actor playing Jesus Christ. His late night visit and conversation with this young crippled shepherd will chill your body but warm your soul. I have watched it three times already on Redeem TV and it is one of my favorite programs to watch at night when I cannot get to sleep. I was going to give this movie a nine out of 10 but I could not think of one thing I would change about the production so in my book that’s a 10. even if you do not usually enjoy Christian movies this is simply a beautiful story that you can enjoy over and over again alone or with your family. 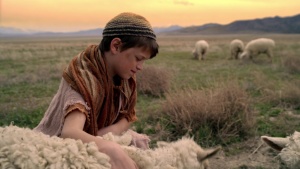 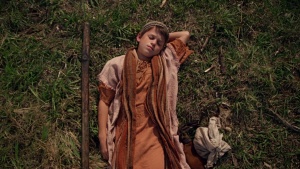 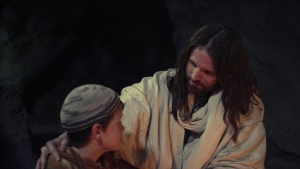