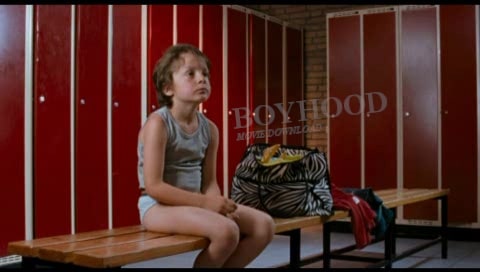 Eight-year-old Erik’s mother takes him to the sauna for the first time in his life. There, he has to disrobe and sees lots of naked men and women around him. He feels very uncomfortable at first but then he seems to enjoy it.

Some parents – even in the Netherlands – will find it outrageous that a movie is made for children with obvious nudity. Most parents will like it and I would certainly recommend that it is broadcast on television. It’s different in the USA, of course. It is my understanding that American stations can expect high penalties if they even consider to broadcast a movie like this.

The title means ‘Naked’. Although nudity is the main subject of the movie, I would have chosen a different title. ‘Erik goes to a sauna’ for example.

The credits mention that the children’s names are Erik and Sofie, but no name is mentioned in the movie.