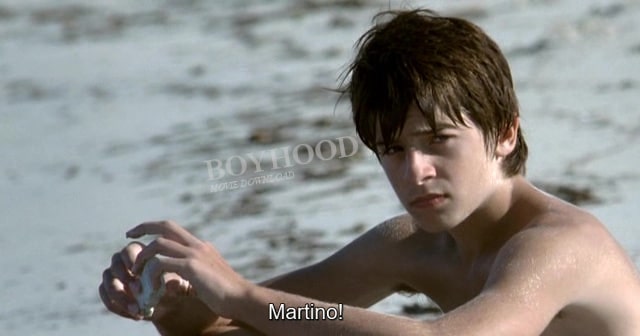 The story takes place in the summer of 1980 in Brindisi, Italy. Martino is a young man whose father isn’t giving him enough attention. His older brother and his friends, including Silvia, a young northern Italian who spends her holidays in the south of the country and has a romance with Martino. Young people tend to enter an American military base north, and Martino ends up finding a US military officer, a good friend who teaches him how to surf.

Martino’s summer would be one more film about the discovery of adult life, if it weren’t for a couple of details that differentiate it from the countless existing films of this type. On the one hand, the tragic setting in which it takes place. In the background, the downing of a plane in Ustica and a terrorist attack in Bologna. Facts that are related to the fate of the protagonists in a somewhat forced way.

But if there is something valuable in this work, it is the constant presence of the beach , where it is almost entirely shot. The best we can say about Natale is that it captures all the essence of the coast . From the beautiful marine sequences, to those that take place in the sand. The director’s reluctance to stray from the beach is commendable.

For the rest, Martino’s Summer is everything that an initiation film “should” be. A lonely and misunderstood adolescent who finds the father figure outside the home that he does not exercise as such. And that new father figure who, in turn, finds in the young man the memory of a son from whom he has distanced himself. And, of course, the discovery of love.

But little else. Well, the worst remains. The introduction of the legend of “Dragut” as a conduit was not necessary. Sometimes the voice- over and other times the flash-backs are nothing more than an important hindrance, giving a touch of a rather misplaced poetic fable. And, like its protagonist, the film is much more comfortable when it crosses the fence that separates the beach from the rest of the world.