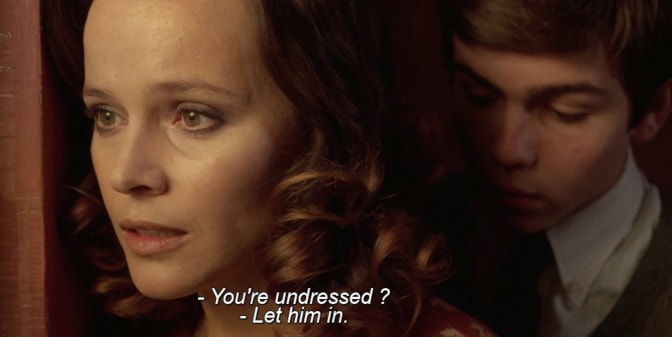 A widower and his sons fall in love with Angela (Laura Antonelli), the beautiful housekeeper. Each man uses his particular way to approach and capture the – apparently innocent and naive – young woman, and to see more of her sexy body. But only one of them succeeds in dominating and conquering her.

The film is not vulgar at all. It tells the story of a young maid, Angela, who works in a house for a widow and his sons. One of them will conquer, a teenanger who’s discovering sexual instincts, will blackmail and conquer her…

It is a very elegant picture, superbly photographed by Vittorio Storaro. It takes place in Sicily, the family is very bourgeois and society very conservative. Samperi and screenwriter Ottavio Jemma choose to adapt this “sexual” comedy in this context, in order to create a contrast.

The film won several prices and critics praised the picture. Today “Malizia” is quite old, it is a typical Seventies movie -it was made after ’68, after the breakup of many sexual and morals frontiers, it is a provocative opus, very provocative. But never vulgar, as I said. An Italian classic. 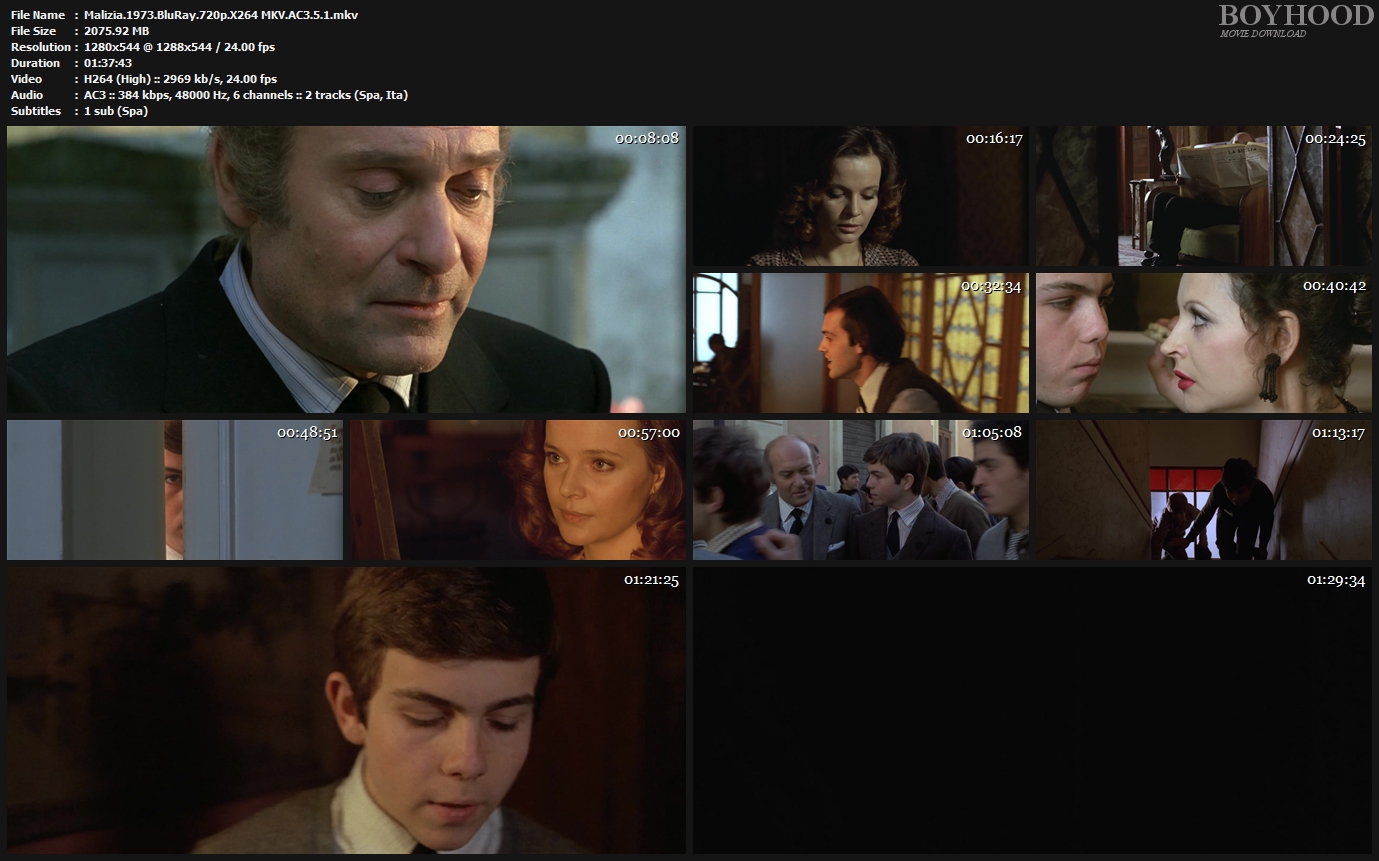 One Response to Malizia 1973