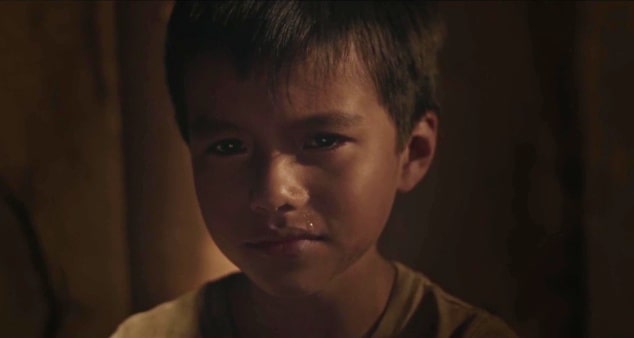 Giants Don,t Exist is a compelling story, based on the childhood of real life activist Jesus Trecu during the Guatemala civil war of the 198os.The film gives us several points of view (his adopted mother, his adopted father) but often stays with this little boy who had been. taken from his original family in the mountains and whose future may be threatened as his new father belongs to a paramilitary force.The director and cinematographer use a somewhat overworked recent trope of deliberately desaturating most of the color from the images so they look resolutely drab and depressing.Though this leads to a dramatic effect when the boy, in conversations with another boy (possibly imaginary) who comes to visit him, mentions the existence of giants in a nearby circus.When they later cross a river and see such a circus in a town, there are sudden bursts of color as we see participants on stilts who look like giants, balloons and other festive touches. Worth seeing .