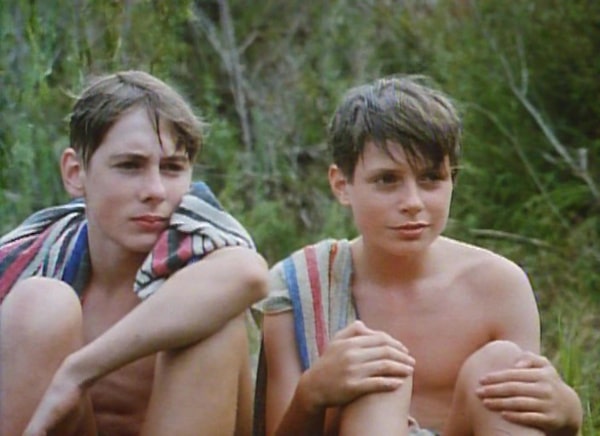 The same night as a girl is slain in the woods, the teenagers Sam and Les are robbed of all of their hard earned hens. In the quest for their hens they cross the murderer’s path.

Young Ned Poindexter (Jonathan Smith) and his buddy Les (Daniel McLaren) are just a couple of kids twiddling away their summer vacation in the 1950s. The same night they steal some chickens, a young girl is found murdered and the arrival of a stranger (John Carradine) coincides with this event. Ned begins to fear for his sister, Prudence (Tracy Mann), as she is fast approaching womanhood and he suspects she might be the killer’s next victim. This is definitely more of a mood piece than a Friday THE 13th-style slasher (no murders are on screen) and director Sam Pillsbury pulls it off the “dark town with even darker secrets” incredibly well. Ultimately it is a story about the loss of childhood innocence, be it through the kids finding out about murder or Prudence finding out about sex. Carradine is actually very creepy as the stranger and, despite his clear illness, has one incredibly powerful scene where he performs some magic tricks for the family and briefly hypnotizes the young girl. 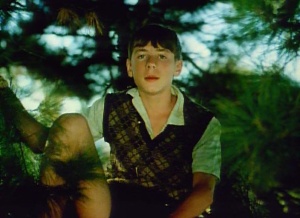 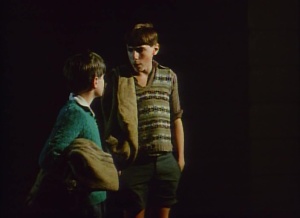 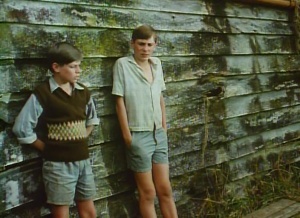 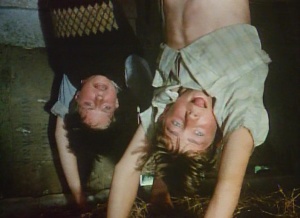 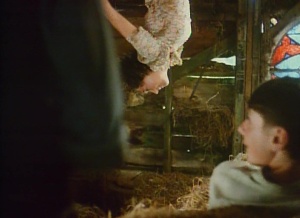 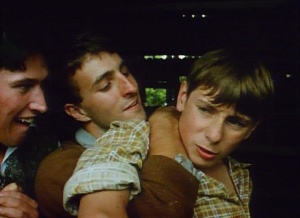 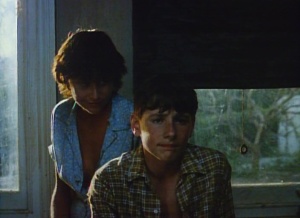 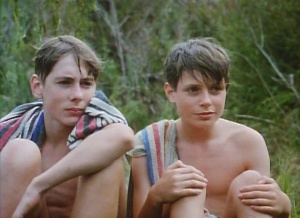 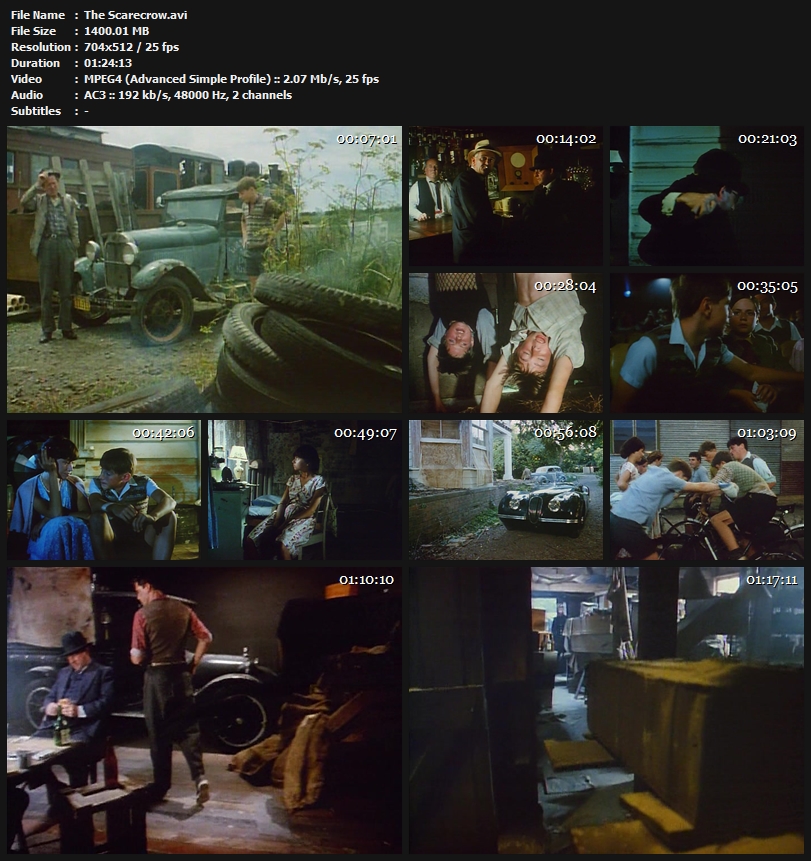 One Response to Klynham Summer 1982