I can recall first seeing “King of the Hill” shorty after its initial release when I wasn’t much older than the main character, Aaron (Jesse Bradford, who displays the natural swagger of a young George Clooney here). I was totally enthralled by the story, and this was one of the pieces that ushered in my complete love for and eerie obsession with Depression Era America.

Steven Soderbergh as a director over the years has been wildly all over the map traversing genres and styles from top-notch cracker-jack indie flicks (the superb “Limey”) to vapid star-studded populist entertainment (the “Oceans” series) to entertaining star vehicles (the excellent “Erin Brockovich”) to overblown misguided message movies (“Traffic”) to Kubrickian quandaries (the unfairly maligned “Solaris”). In 1993, still in his formative early years, he hit all the right notes with his vividly detailed and heartbreaking tale of a young boy (Bradford) abandoned in a sleazy hotel room on the edge of a Hooverville in 1933 St. Louise by his flaky salesman father, consumption riddled mother, and little brother who got shipped off to live with relatives so he wouldn’t starve to death. The boy lies, steals, woos girls and wins academic awards at school propelled only by his keen wit and innate will to survive. Soderbergh brilliantly abandons almost all sentimentality (the exchanges between the brothers are heartfelt but raw, between mother and son tragically subdued, and between father and son frightfully cold yet honest) and views not the actions of the characters through the lens of our modern moral codes, but through the lens of the era in which the characters survived.

Special note has to be given to the cinematography, which in lesser period pieces can so easily succumb to stylish excess. The film looks real and puts you right there in the middle of this American quagmire. There’s also one amazingly rendered shot of a traffic cop holding up a squealing street urchin by the ear after capturing the boy stealing an apple that is so painstakingly lighted and framed that it serves as the complete flip-side of your classic Norman Rockwell painting from the same era.

Viewing this film recently on cable, I was even more transfixed than the first time over thirteen years ago. There’s also delight to be found in seeing Oscar winner Adrien Brody in his first major role as Aaron’s “big brother” role model, and Grammy winner Lauryn Hill in a nice bit part as a sympathetic gum-chewing elevator operator.

Although historically little seen, this film has been universally lauded, and as the early masterwork of an Oscar winning director, it’s a crime that there has been no DVD release. 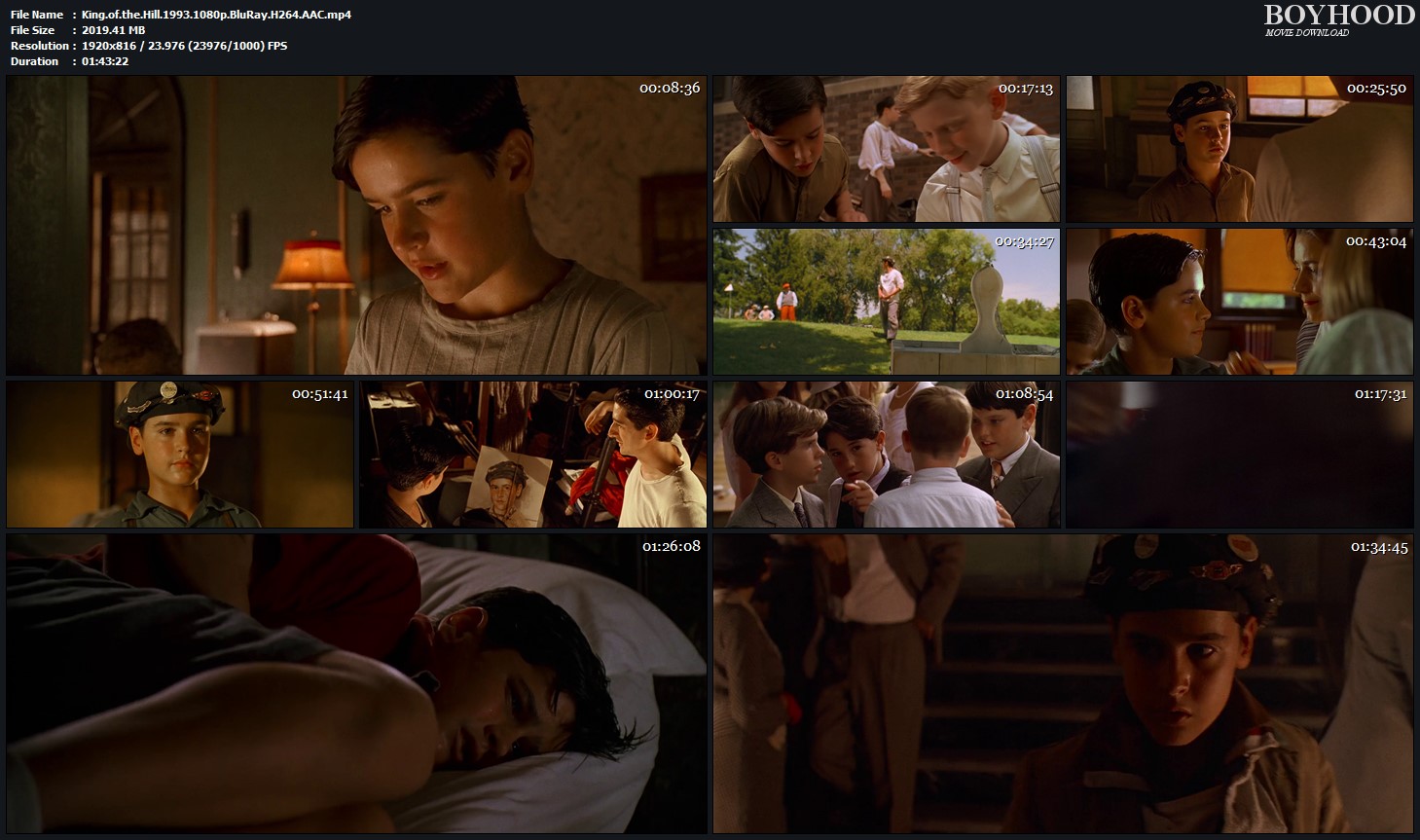 One Response to King of the Hill 1993