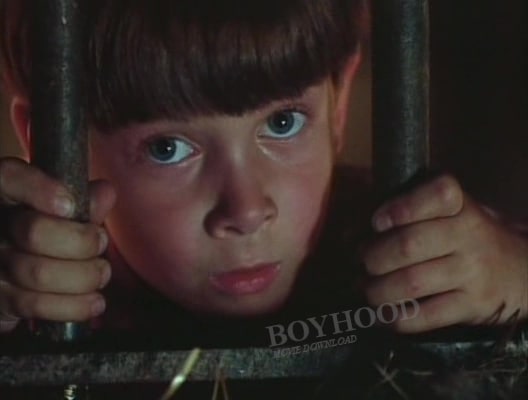 One day, a boy named Jacob Two-Two (aptly named because every phrase that he utters is repeated) decides to set out to prove himself to his parents that he can do things, so his father, who is tired of hearing his wife order him to do the shopping, sets Jacob out to buy two tomatoes. As Jacob makes his way to buy them, the greengrocer in the shop keeps telling an officer that Jacob was threatening him, so Jacob escapes, but only just, hitting his head rather hard and awaking in court where he is sentenced to two years, two months, two weeks, two days, two hours, two minutes, and five seconds to a children’s prison run by not only a mad wrestler presumed lost, but also two (also aptly named) bird-like and fish-like cohorts as well as slimy humanoids that spray resisters with slime to stop them in their tracks. Helping Jacob in his mission are two young agents that aim to free all of the children kept prisoner in the swampy penitentiary. It is up to Jacob Two-Two to escape this heinous prison and free all of the other imprisoned children.

This movie is a really good Canadian film, and probably one of (if not the) best Canadian films and shows I watched, keep in mind that I spent a good part of my childhood watching Little Bear, Babar, Care Bears, Arthur etc. and those shows were made in Canada.

To begin, I borrowed this movie from the library when I was 8 and it was not long before I liked it. If I were to list what’s good about it, let’s see. The acting is OK for a cinema production, I was very impressed by Miranda Richardson’s performance as Miss Fowl, but for a movie with very few well-known names, it’s likely not hard for some cinephiles to recognize the actors’ names.

The story is good from beginning to end, the set design is decent and the songs are not as bad as some make it out to be, but like I said, I was a kid when I first saw this.

I especially like the judge’s (Ice-T) song “Guilty” which is played at one point during the movie, and I loved the ending scenes, but I’m not mentioning any more about that.

To wrap it up, I would not recommend this movie for under-5 because some bits can be scary, but when it comes to movie watching, parental supervision always pays.