Boyhood movies download » Non-english with subtitle » In This World 2002

In February 2002 in the Shamshatoo Refugee Camp in the North West Frontier Province in Pakistan, there are 53,000 refugees living in sub-human conditions since 1979 with the Soviet Union invasion and 2001 with the USA bombing and invasion of Afghanistan. The family of the Afghan Enayat and his cousin Jamal decides to send them illegally to London to have a better life. They hire coyotes to smuggle the cousins through Iran and Turkey to Italy and finally London hidden inside trucks and containers. However, the long journey locked in a container with other families poses a terrible challenge to the boys.

“In This World” is yet another exceptional film from Michael Winterbottom, who seems to be one of the best directors from the UK these days. I really liked his film before this “24 Hour Party People” and once again he has done a masterful job of combining elements of documentary into a feature films. From the outset, it is pointed out that lots more ‘muhla’ went into bombing Afghanistan than providing refugees with any assistance. This was filmed in Pakistan, Iran, Turkey and parts of Western Europe. One of the more touching moments comes when the lead characters meet up with an Iranian (I presume ethnic Kurds) family as they enter Southeast Turkey from Iran. A very touching film. It is certainly more vivid an disturbing than most road movies, whether you are talking about “Stagecoach” or even “Thelma and Louise”- this is gripping stuff indeed, and a good companion to the recent Afghan film “Osama.” 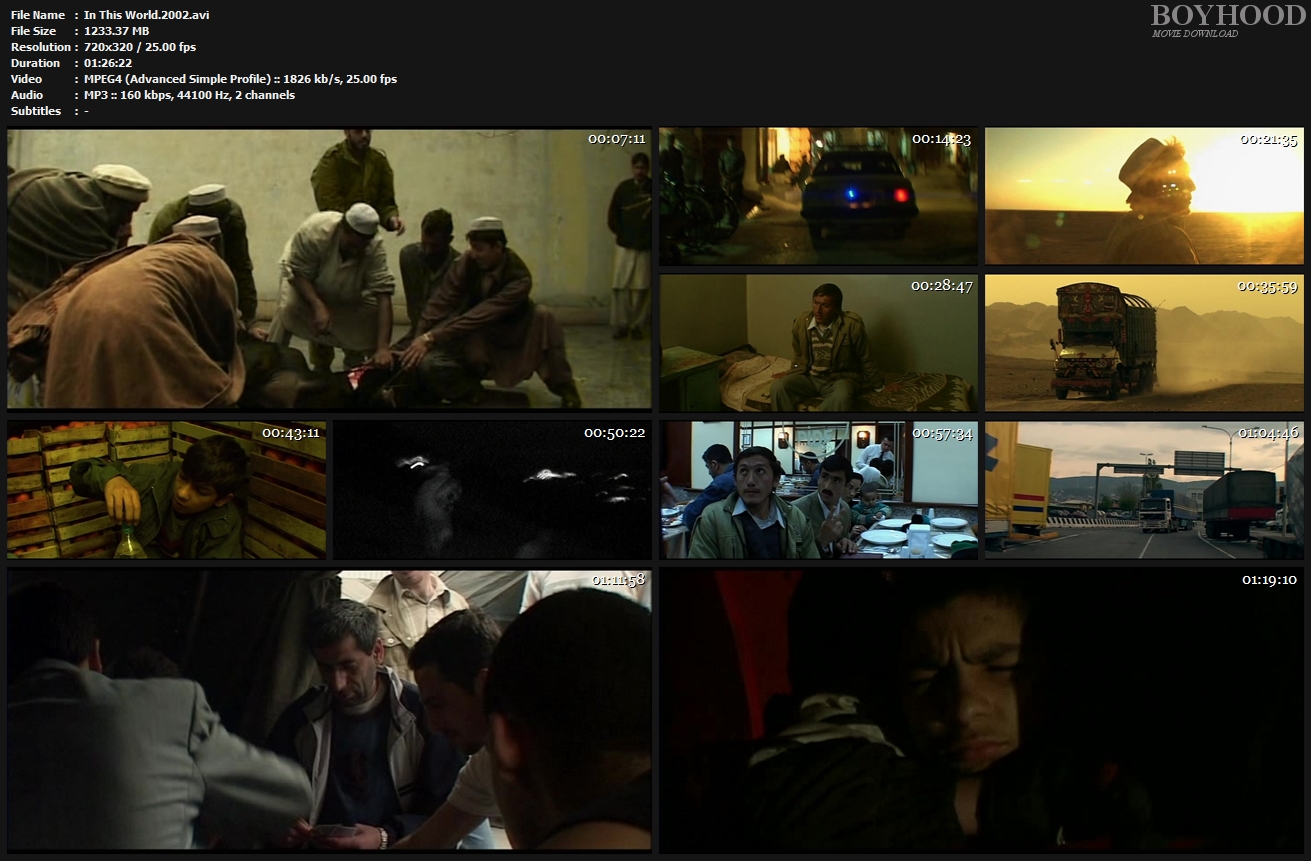