Three teenagers, brought together from bullying, indulge in petty theft, sex and drugs. They inevitably realize they can resort to violence to take revenge on everyone who has humiliated them: students, teachers and other outcasts. One of them escalates to killing, and desires to kill again. Anyone can become his next victim. The other two face the question: should they resort to violence to stop the killings?

“Los Heroes Del Mal” or “The Heroes of Evil” is a Spanish drama that centers around 3 “misfit” teenagers who slowly descend down a dark path of sex, drugs and violence.

Our three main characters are Aritz, Sarita and Esteban. Esteban, is sort of “the nice guy” archetype. He stands up for Aritz the new kid, when he gets picked on and tries to talk the trio out of doing anything particularly dangerous. Sarita, is your run of the mill tomboy who’s character makes a noticeable 180 about 30 minutes into the movie. She goes from being the logical- thinking anti-bullying heroine of the film, to being a hot-headed, ill- tempered, irrational prick.As the film went on, I began to dislike her more and more. Now, the most convoluted character of the movie, Aritz. I can’t tell you much about this character as a person,because there is so little to him. As the movie progresses, he shows more and more of his true colors. He is revealed to be a rather problematic card, mentally, emotionally and sexually. Inn short, he’s coco for coco puffs.

Now, the bulk of this movie stems from the interactions between our main three characters, which slowly falls apart. They go from being the best of friends to a polygamous relationship to mortal enemies out for each others blood…literally.

The three-way relationship soon becomes a relationship between Esteban and Sarita that hurtfully excludes Aritz. Later on the two have a falling out and Sarita detaches herself from Aritz and Esteban entirely. However, what I found most interesting about this movie was the dynamic between its two main male characters, Aritz and Esteban. There are “subtle” hints throughout the movie that Aritz is actually homosexual and in love with Esteban,despite chasing women around for most of the movie.This is made more apparent by the fact that he failed to erect at the sight of naked female in the flesh, when he goes as far as to hold Esteban in his sleep,put his finger in his mouth and even kiss him. When he is rejected he storms off claiming that it was a “Friendly kiss,a kiss among friends.”As an American even i know that that isn’t a thing, even in Spain…Is it?

Now earlier I described Aritz as being “problematic” that is because when you boil it down, we know nothing about him. It’s revealed at the end of the movie that he was lying about his backstory, buying most of what he “stole” and even lying about the prostitute that he supposedly murdered and about leaving behind a key chain of Esteban that linked him to the crime. It turned out Aritz had the key chain the whole time. While all of this exposition is being dumped, Esteban and Aritz are chugging down a bag of sleeping pills attempting to commit suicide, at least, that’s what Aritz is doing while Esteban is spitting the pills back into a bottle of beer…that they’re sharing. This leads to Aritz confessing to his lies,calling out Esteban for “cheating”to no surprise and confessing his love for him and dropping dead as Sarita walks into the room, who I assume heard everything.

That was “Los Heroes Del Mal”, it has it’s issues. Blood Special Effects look terrible, focus is all over the place, characters are inconsistent, plot holes like swish cheese and Jorge Clemente’s hilarious over acting.Still, not too bad for something I found for free on Netflix. If you come across it board out of your mind and either know Spanish and or don’t mind subtitles, check it out. 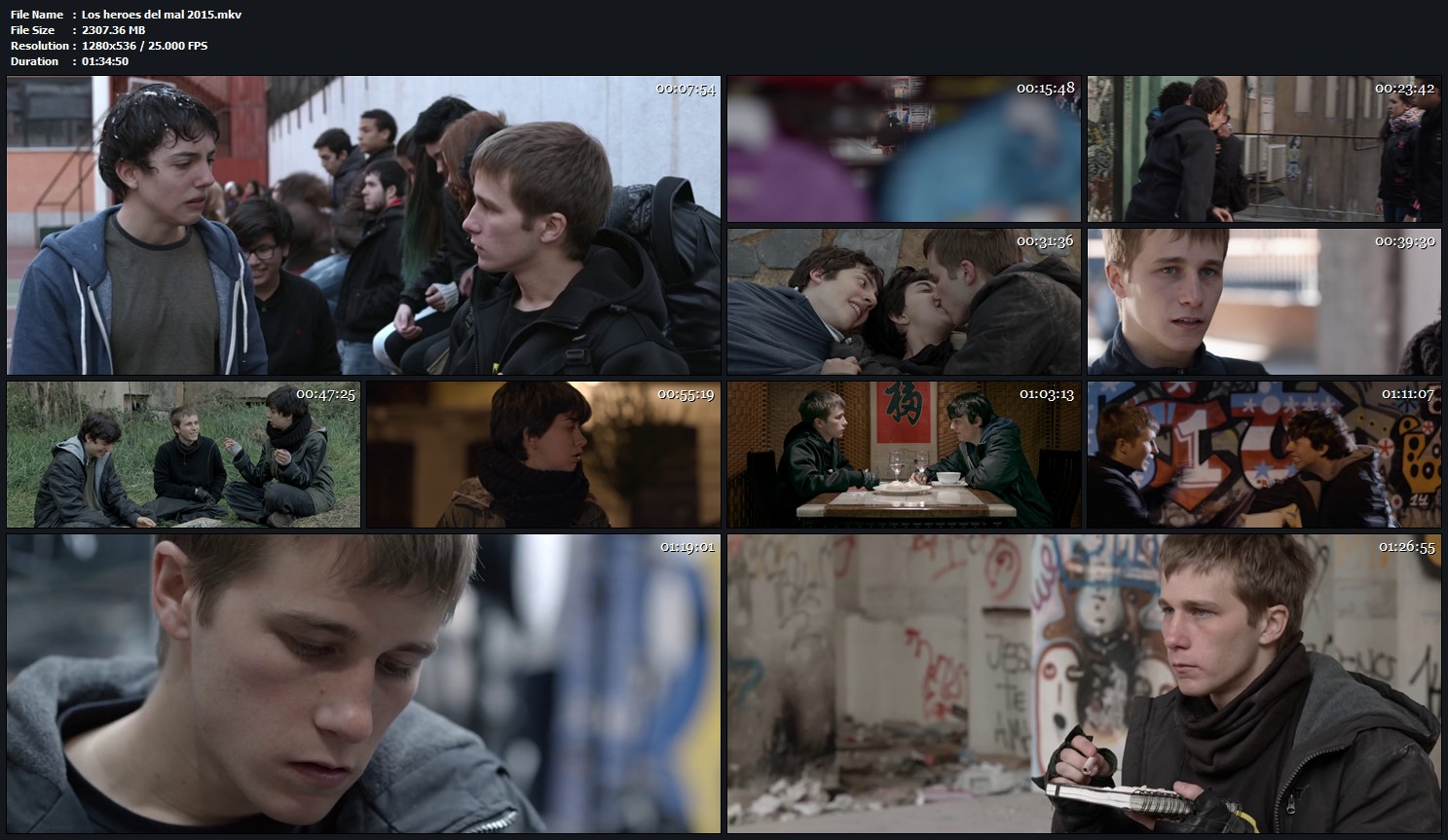