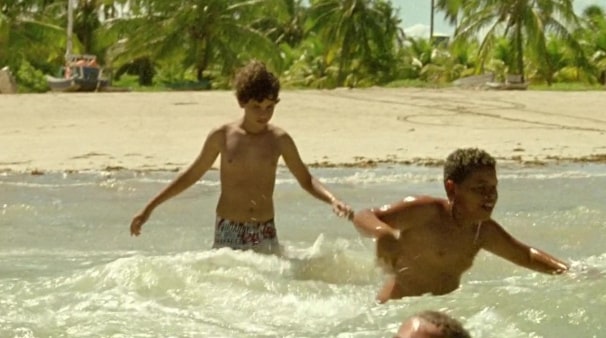 Leo goes on vacation at his cousin’s, in a fishing village. There, he meets a girl who goes by the nickname Heartless.

Apparently going to a totally opposite side in his second short, when going to the coast and working with live action , the filmmaker maintains the puerile point of view when bringing to the screen a story he heard in childhood, of a girl with pacemaker that was known as precisely as Heartless. The fiction co-directed by her and Tião, won nothing less than the Illy Award for Best Short Film in the Fortnight of the Directors of the Cannes Film Festival 2014, in addition to being held at festivals in Havana, Brasília and other national and international awards. Accompanying a boy who comes from the city to spend a season on the beach where he stays directly with his cousin, the story presents the dynamics of the place and that girl. Combining what would be a naive romance with the not-so-silly discoveries of entering pre-adolescence, the duo addresses the unequal gender divisions internalized from an early age, with the boys who see their friend as a kind of object without caring for their feelings, while the protagonist sees his heart in it.