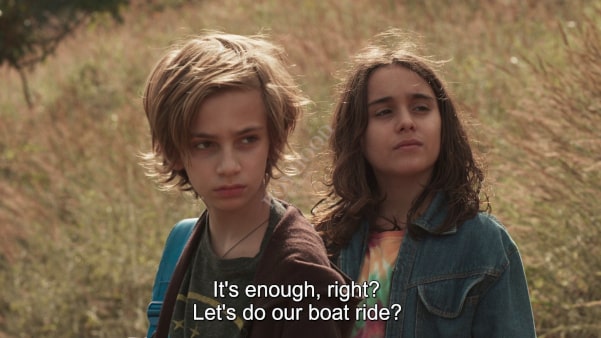 Guigo (12) is in love for Sabrina (12). One day, he and his friend Tulio (12) traveling with his father, Roberto and his friend Paulo for a ranch. The fishery would have everything to be wonderful, if there was internet signal. Besides the internet, Guigo will face another situation: Paulo is boyfriend of his father.

Good short movie about a boy coming to terms with his father being gay and his own obsessive teenage selfishness, which is brought to a head when he and a friend go camping with his dad and his dads boyfriend. One Response to Guigo Offline 2017