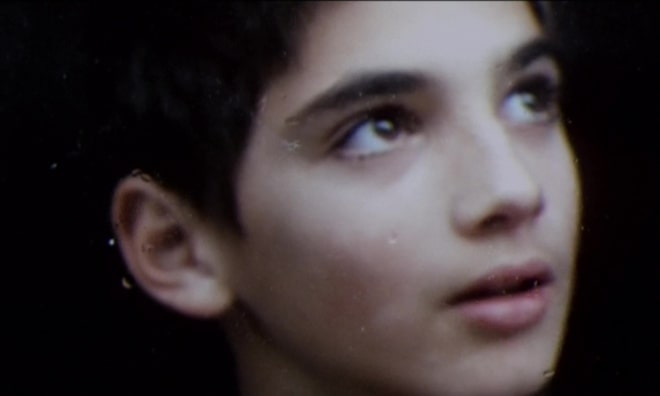 Ivan goes to live with his father, Vicente, the stationmaster, in a small remote village inland Portugal. People go about their chores, each wrapped in their own life. Gloria lives with a career and seems to be slipping away from everything and everyone. Set apart from everything is the secret refuge, the only safe place on the planet. Ivan is happy to share Gloria’s secret, a small heaven hidden in the river, below the water that separates the worlds. One feels like staying here.

Gloria is a masterpiece, and shows that Manuela Viegas is a master of storytelling. This film is as great and impressive as ‘L’Argent’ by Robert Bresson, ‘Charisma’ by Kiyoshi Kurosawa and ‘August in the Water’ by Sogo Ishii. Being compared with these three films might help you get an idea about how excellent Gloria is. Unfortunately, Gloria seems to be underpraised compared to L’Argent and Charisma. This is surely an overlooked gem, and Manuela Viegas deserves much more recognition than this.

Actually I have to admit that I don’t want to say much about this film, knowing that no matter how much I try to say, it cannot do justice to the virtues of this movie. And I feel that in order to fully appreciate this film, it might require multiple-viewing, but I had only one chance to see it, unluckily.

Gloria tells a story about the volatile relationships between 4 main characters. Ivan, a young boy, goes to live with Vicente, his father, in a deserted town. He becomes a friend of a young girl named Gloria, and the relationship between these characters gets more tangled up when Mauro, the brother of Vicente, appears in town.

While the plot seems so simple, I am reluctant to say what this movie is really about. The brochure says it is about `rite of passage’ and `disappearing rural landscape’, but it seems like it also concerns something else. Does it concern family trauma? Or growing up and learning to experience love, frustration, and disappointment? Or about the return to/departure from nature ? Or about some deep psychological aspects? It’s up to each audience to find the answer for themselves. As for me, apart from the main theme, this movie also shows interesting observation on many things, including the irrepressible nature of adolescence, the tenderness of affection, the horror of jealousy, and the evil.

Another interesting thing in the story is the roles of landscape, water, river and nature, and their connections with some characters, particularly Gloria. These connections are beautifully emphasized in the later part of the film.

Another thing worth noticing in the story is that while the conflict between Vicente and Mauro is obvious, there might also be some hidden conflicts between Gloria and Vicente, and the meaning of these conflicts is worth thinking about. Both Vicente and Gloria have great influences on Ivan’s life, but sometimes they are very opposite, especially in the way they treat animals, woods and Mauro. It should also be observed who picks up the umbrella after it was used as a weapon, and what the meaning of this carefully-structured scene is.

Story aside, I want to say I am very impressed by many scenes in this movie. From the beginning scene, I can feel that this is a work of a serious filmmaker. The beginning scene, similar to the following scenes, tells the story not by what you see, but by what you don’t see. What is excluded is sometimes more important than what is included. It also happens to the promoting photo of this film. It’s a picture of a child with the lower half of the face covered by an arm. Looking at this photo, I cannot guess what the expression on the face is. Similar style is used in this movie. Some images in this movie are not meant to show, but to conceal. From time to time, this movie does not tell the story directly. It just hints at the story. And that’s what impresses me the most in this film.

Apart from the opening scene, the scenes that I like very much include the lingering shots of Vicente’s injured hands, of discarded shoes, of sheets hanging, of Gloria walking, of the moving bed, of characters and windows, of dirty earth on human bodies, and above all, of the grasping of grass–refusing to let go. These images somehow strike at my heart. `Very beautiful’ is an inadequate expression to describe these meaningful shots. Moreover, there are other shots in the film which are quite shocking, or full of suspense and tension. When Gloria is alone in some scenes, one can sense a presence of danger that might lurk out and harm her at anytime. Strangely, this danger is not only invisible, but sometimes it is also non-existent. This movie can effectively bring out fear and tension from inside the mind of the audience. It brings out fear from the audience’s own thoughts, not from scaring the audience by some cheap tricks.

As for the shocking scenes, I think the most appalling ones are the ones about beating up, whether it is between children or adults. There are quite a few beating scenes in this film, and though the viewers cannot see the beating obviously, these scenes have quite stronger effects on my mind and are more disturbing than bloody beating scenes in other films. This might be because the obscurity somehow magnifies the horror of it, and also because what quite shocks is not really ‘the act of beating’, but ‘the perpetrator of the act’ and ‘the impulse of the act.’ Other scenes that shock me include the scenes that show the bizarre ways some characters treat each other.

For me, the most powerful scenes arrive near the end. During that part, I dare not blink my eyes. I feel every scene, every cut, every shot in that part is very essential, very important. I feel so thrilled and excited. I fear that if I close my eyes for just 1 minute, I might have missed an important clue. However, after the movie ends, I feel both puzzled and dazzled, thanks to the storytelling technique used in this film. And I think this technique is somehow similar to `fill-in-the-blank’ questions in a test.

When I did my English exam, the ‘fill-in-the-blank’ section is usually the most difficult one on the test. There are no multiple choices to choose from. However, when it comes to movies, movies that leave blank spaces for viewers to fill in are usually the most fascinating and exciting ones for me. So why ‘fill in the blanks’ tests bring headache and ‘fill in the blanks’ movies bring enjoyment? It’s maybe because for some movies, there are no definite answers for the blanks. All answers can be considered correct. Or it’s maybe because you don’t have to fill in the blanks at all. These blanks are there for the blankness and for any emotions or feelings which can be originated from the appropriately-placed blankness. There’s no need to fill them in.

There are many gaps in the narrative process of Gloria especially in the final part, but with the brilliance of the director, these gaps somehow make the story transcendent, instead of disrupting the pleasure of the viewer. This movie has proved that by showing less, more meanings and feelings are conveyed. Silence, in Gloria, really speaks a thousand words. Moreover, by some magical power of the director/editor, this fill-in-the blank movie somehow fulfills me spiritually. It’s a wonder. It’s a drink of nectar. I feel so elated after seeing it, and have got two opposing feelings about it. This magnificent piece of art makes me feel so glad that I’m still alive and have a chance to see it, and if I had to die after seeing it, I would rest in peace. But at the same time, I also feel that I wouldn’t actually rest in peace as I still yearn to see this movie again and again and still want to keep on living so that I might have a chance to see other films by Manuela Viegas. Such is the power of this movie. 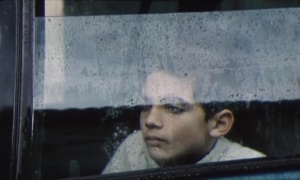 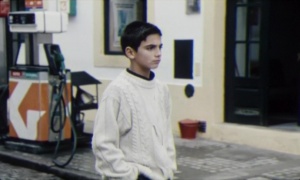 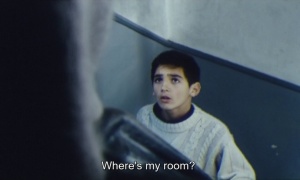 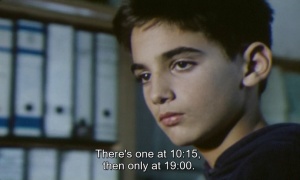 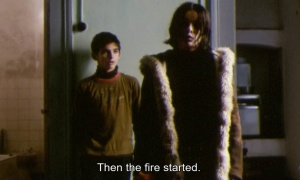 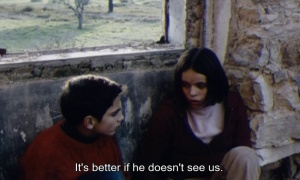 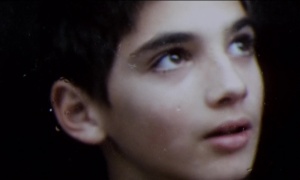