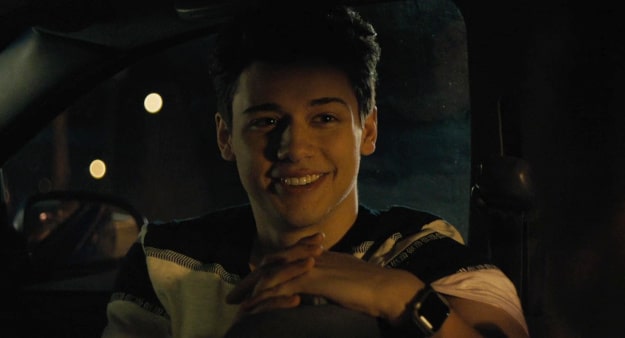 After swapping bodies with a deranged serial killer, a young girl in high school discovers she has less than 24 hours before the change becomes permanent.

When I saw the trailer firbthis I was cautiously optimistic that it could be ok. It looked like a Scream meets Freaky Friday. Well, it is that but it is really not very good.

Of course this type of horror comedy is not to be taken seriously but it is not very funny or scary at all. The premise is just as the trailer shows. A high school girl gets attacked by a serial killer and they switch bodies. That’s it.

The serial killer the Blissfield Butcher is played by Vince Vaughn. The high school girl Millie is played by Kathryn Newton. Millie is attacked by the killer with a sacred Aztec dagger that has the power to switch their bodies. The fun of the film is watching each of them adjust in their new bodies. Vaughn does a good job with a very thin script. Newton just goes around looking evil. The film is gory but nothing we’ve never seen before in much better films. It has a couple of decent chuckles but again been there seen that.

The film wants to convince you that it is really cool and edgy but it really isn’t.