1934 in Prague in Czechoslovakia, several children set forth to save the shipwrecked passengers who are on brash ice in the Arctic Ocean.

Prague in 1934: Ten year old Anton, the nine year old Alex, the eight-year Rosi, the six-year Ferdi and the boy Rudi hear in their self-made radio the news that the ship Chelyuskin is trapped in the Arctic Ocean by pack ice and the crew can not be saved , They decide to go on an expedition gen North Pole and save the shipwrecked. To finance they sell, among other things their stamp collection and a watch. They organize flour, Rosi has yet offered, always to bake pancakes for all, to build a compass and steal from the school a world map on which they want to see their progress northward. Cautious estimates show the group a walk of 9,000 kilometers schedule. The first piece, however, is to be covered by rail.

Already at the station disguised for safety group is reduced: The basis of a plaster leg anyway rather cumbersome Rudi is stalled because the saved money is only enough for a ticket for four. Because the four children on the train noticed turn negative, as they practice strength training by overhead hanging on the Gepäckstangen, they need to get ahead. It goes across country, the group follows the compass north. Soon the youngest, Ferdi is whining because he can not go on. He befriends a black mouse, which he called Michael, and subsequently in a small box carries with him. There are small frictions: Anton as the eldest leading the group and want to cover as much distance as possible during the day and make the displeasure of other no breaks. Soon, however, they stopped at a milestone, showing them that they are already removed a little over 30 kilometers from Prague. They raced. The mood sinks, as Rosi conjures burnt flour and water pancakes, eating only Alexander harmless. The children can stay in a meadow and Ferdi, who does not want to go on the next day, is sick. He is then brought from the other on the repurposed for carrying world map to Rosi’s aunt who lives nearby. Here wash their children, have dinner and finally sleep in soft feather beds a. The messages take the information that the survivors of the Chelyuskin-loss despite several attempts could not be helped. In addition, the four children are reported missing.

The next morning, two policemen appear at Rosi’s aunt and the four children rush precipitately thereof. You can escape the police by fording a river. Your next destination is a supposedly secret passage which will take them directly from Prague to Germany. Although you can find a cave passage, but enters the dressed still in her nightgown Ferdi him only after he has released the mouse Michael to freedom. The map they had to leave, because it is too bulky, the glass with the compass goes into the darkness to break. Anton turn ignites the safety do fireworks, which they had taken as a distress signal, and sees that the cave floor full of cracks is. The expedition should be discontinued. On the banks of the Vltava River, the four children of rafters be taken back to Prague. While Anton is disappointed that the expedition was a failure, but the children received from their comrades in Prague as heroes. Her parents get spanked. Meanwhile, the Chelyuskin survivors were rescued by air. The day ends with a big party.
(google translated) 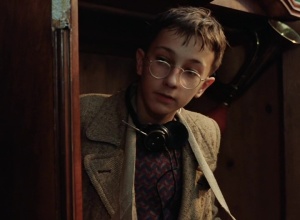 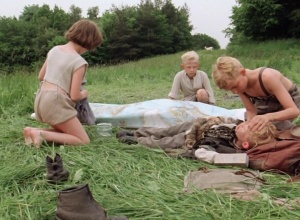 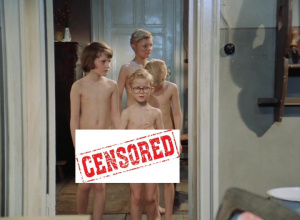 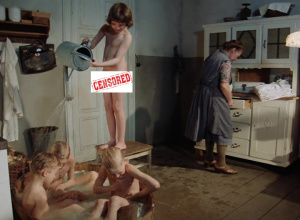 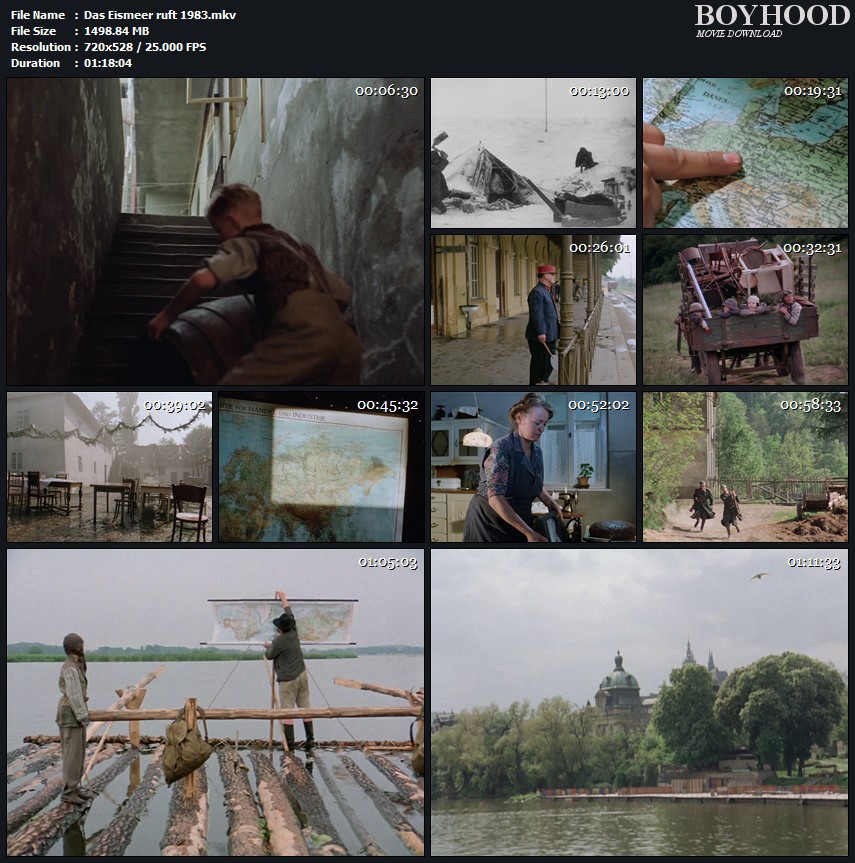 One Response to Das Eismeer ruft 1984