Petr, youthful, quiet, and sensitive, comes from Prague to teach natural science in a country town. The gruff principal asks what he’s running from and predicts he’ll be gone in six months. Marie, a widow with a teen son, Lada, befriends Petr. She’s lonely. Petr does some chores at her farm and watches Lada with his weekend girlfriend, Bara. We meet Petr’s parents and understand some of why he left Prague, then Petr’s friend Mihi pays a visit and we understand more. Mihi throws a wrench in things, and Lada comes to Petr for help. Has Petr found his place in the world, but what about his nature?

Ahhh! The joys of the simple life…. Yes, go hand-in-hand with the joys of a simple movie! Watching films from MANY different countries is an absolutely enthralling endeavor! Each nation’s films tend to exhibit a peculiar cultural signature spin, that is a delightfully intriguing puzzle, waiting to be deciphered and savored. An appetite for Czech films is, however, undoubtedly an acquired taste.

Let me share some of the things that made TEACHER such a cinematic plum. Very In-Your-Face, but without ever trying in the least to be, is the physical appearance of the actors themselves. WOW! Talk about the antithesis incarnate of the 2 hours per day at the gym, capped-teeth-multiple-plastic- surgery-and-hair-implant, monthly-Botox-injections “LOOK” that seems to be practically the norm in Hollywood…This cast looks like they were sent from “Real-People’R’US”, after dropping out of their weekly ReHab meetings!

Also, there were a couple moments in the film where I began feeling somewhat uncomfortable with the direction the movie began to go in, but before this discomfort escalated into something more serious, the movie veered off in a pleasantly unexpected direction! No formulaic Hollywood fluff, here…NO Siree, Bob!

Two cultural notes: Boy, these Czechs sure are at ease with nudity! People running around nude in the house, Hey, doesn’t raise an eyebrow! Also, people are ever so cooperative with official government policy! Government says “No more discrimination against gays in the workplace!” and its: “DAH! Dee government says vee must do dis, so vee are on board…OK!” One pleasant and unexpected surprise…The Czech folk(?)music! Very soothing and haunting melodies. I’ll have to ask some of my Czech students to fill me in! Be sure not to miss it! Recommended by a Friend… 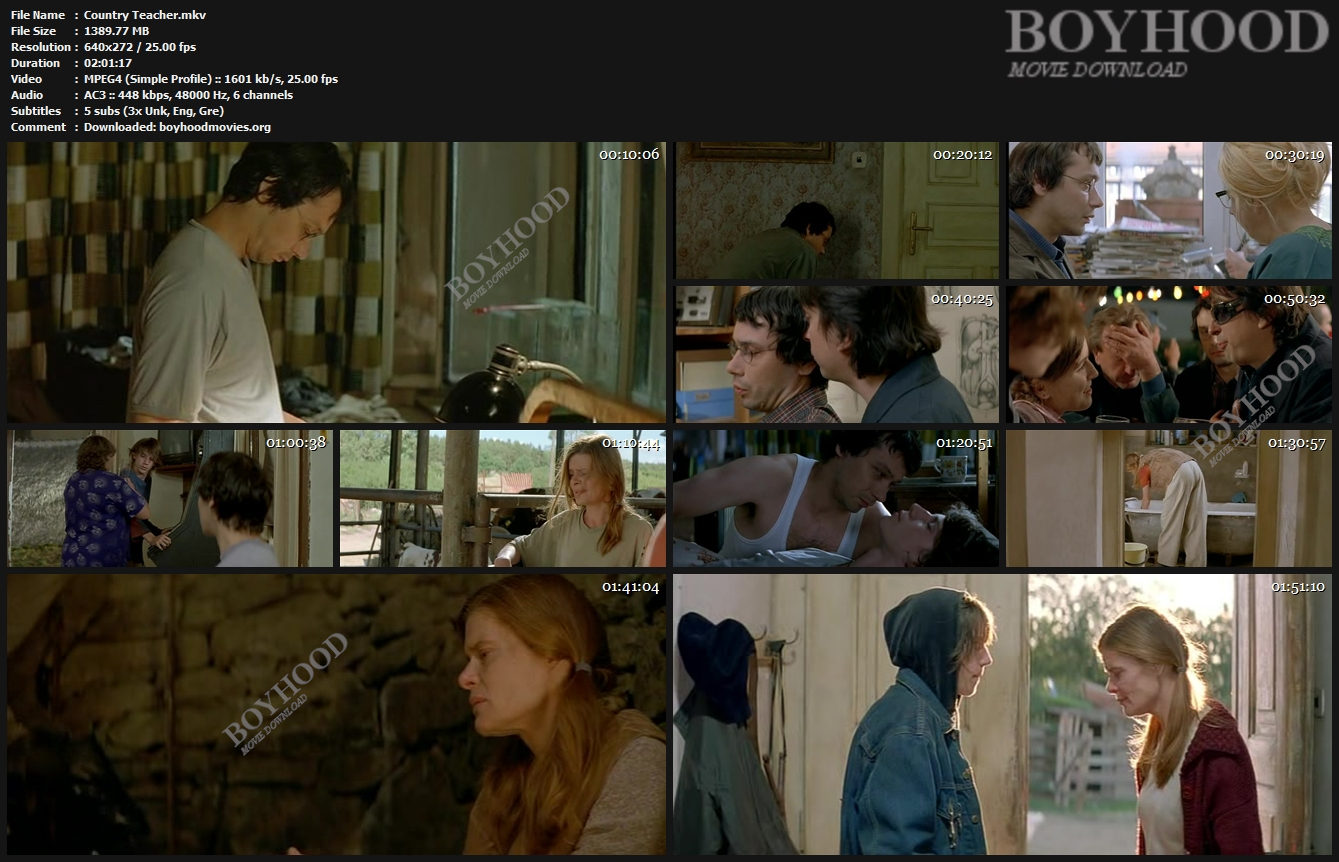