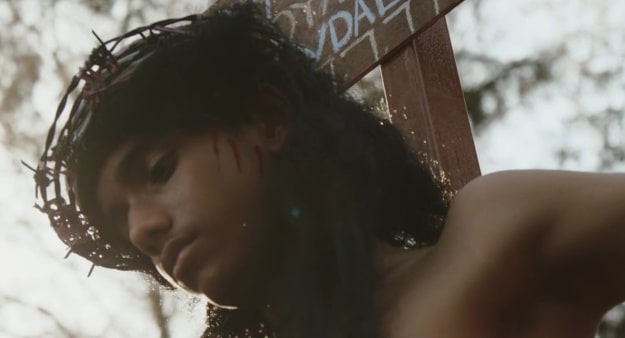 After his father’s disappearance, eight-year-old Dighu seeks refuge from loneliness in his imagination and diary entries.

Elegant images of a landscape soaked by the monsoon rain and cute natural details give Akshay Inddar’s contemplative children’s film a gentle melancholy that even the bright moments in the life of 8-year-old Dighu ( Neel Deshmukh ) do not dispel . His father has gone and is not returning. Mother says he’s in town, but she doesn’t know which one. With a keen eye, the boy tries to figure out the secrets of his new surroundings and the adults, but the riddles remain.

Not only for Dighu and his older sister, the connections and backgrounds of their trip to the coast are only partially revealed. Indicatively , his quiet drama is less about the development of an action than that of the child’s perception. The more the production takes on the perspective of the small main character, the more it romanticizes his harsh living conditions. Even the factory in which the mother works for a starvation wage is full of original discoveries from her son’s point of view.

Dighu’s thoughts convey diary excerpts faded in as text cards, which additionally slow down the sluggish flow of narrative. Indicar probably liked the squiggly look of the writing boards, which only present what is shown in a prosaic tone or explain aspects whose visualization would have brought a trace of dynamism to the slow happening. But the director is in love with the picturesque shots, which he arranges concentrically around the same motif: funny ignorance. Despite some atmospheric pictures, it is even more tiring than the sparse plot.