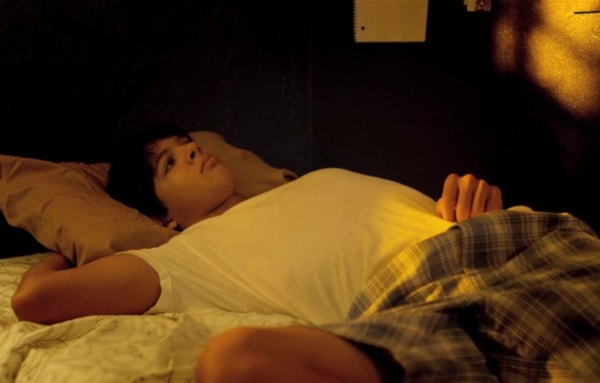 12-year-old Josh is a mixed race boy and a promising baseball player. He is abused by his mother’s boyfriend Byrd, and neglected by his mother Debbie. He forges his own path in life when his estranged grandfather insists he study for his Bar Mitzvah.

Greetings again from the darkness. Writer/director Jesse Quinones exorcises a few personal demons with this presentation based on his own childhood. While sharing in his therapy, we find ourselves smack dab in the middle of the chaotic dysfunction of 12 year old Josh, his mother, and her live-in boyfriend.

Josh (newcomer Luca Oriel) is a mixed race boy who shows some potential as a young baseball player, but he is being pushed hard by his mother’s boyfriend Byrd (Andre Royo, “The Wire”). In this case, pushed hard can be defined as abused and bullied in an extreme manner. See Byrd is the kind of guy who expects the impossible from everyone else, while expecting almost nothing from himself. He is an overbearing mentor who physically and mentally abuses Josh, and doesn’t think twice about cursing out kids or adults.

In this type of situation, one would hope the mother would step in to protect her son. However, Byrd is just as abusive and domineering towards Debbie (Daisy Haggard), and given her mostly absent relationship with her father (Han Howes), she seems to be attracted to those who treat her poorly. When Debbie comes begging for a $10,000 loan, her dad has one condition … Josh is to prepare for a Bar Mitzvah. It seems an odd request, but Josh is soon spending time with Rabbi Brookstein (Sean McConaghy) who brings out an intellectual curiosity in Josh that had not previously been seen.

It’s a bit unusual for a film to tackle a character so apparently lacking in morality as Byrd. Andre Royo doesn’t blink in his portrayal of a guy who hits his girlfriend, beats her son, drinks excessively, steals from her so he can buy drugs, and puts very little effort into earning money to help pay for things like food, the mortgage, or utilities.

It’s also unusual for a film to go directly after the challenges of racial, ethnic, class, and religious stereotypes. That said, it would have been nice to show more interaction between Josh and the Rabbi, rather than the relentless stream of “family” dysfunction. The Sandy Koufax history lesson was a good touch and helped tie in the Jewish theme with baseball, but we were much more interested in the process of building Josh’s self-confidence to the point where he could stand up to Byrd.

Baseball. Why can’t filmmakers understand that if you are going to show a sport, some care needs to go towards the details. Luckily, there aren’t many baseball scenes, but a home plate umpire without a protective mask is an unforgivable mistake. Slightly less annoying is the poor technique in Josh’s swinging a bat or fielding ground balls.

Overlooking those issues leaves us with pretty interesting performances from Royo, Haggard, Howes and McConaghy. With a better script, this group, and Mr. Quinones’ direction, could have elevated the movie to something more than direct to video. In this current state, it still works as an example of perseverance and the importance of solid mentors and a safe home for kids. 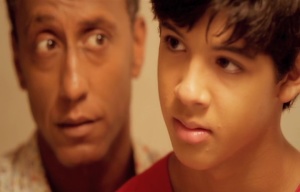 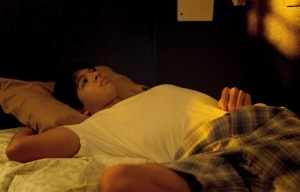 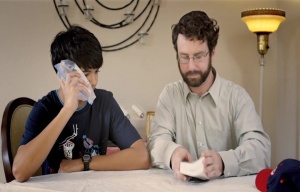 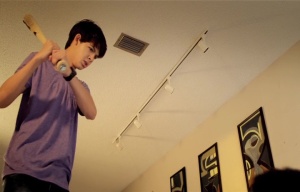 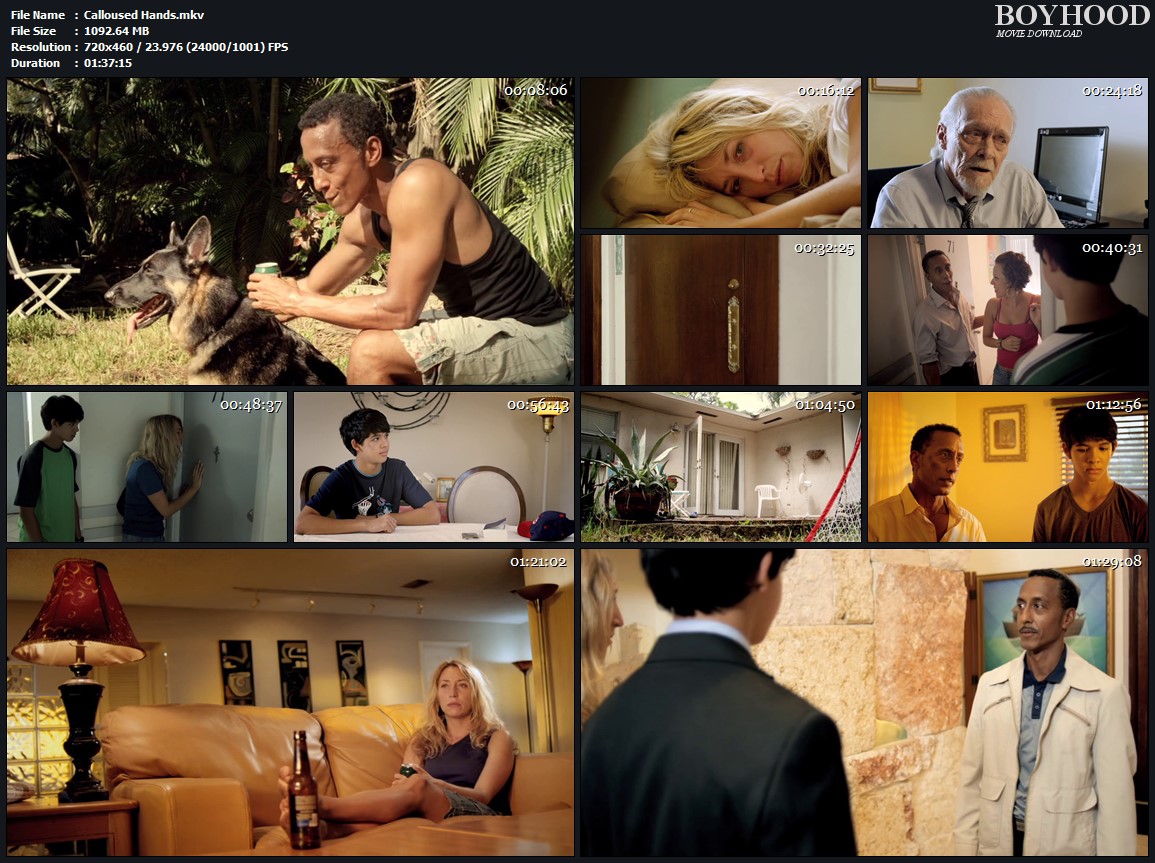