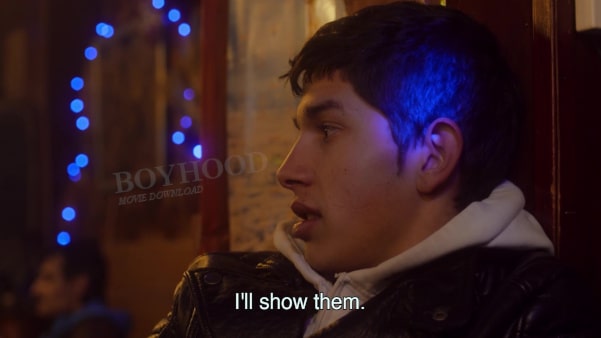 Soft boys by day, kings by night. The film follows a group of young Bulgarian Roma who come to Vienna looking for freedom and a quick buck. They sell their bodies as if that’s all they had. What comforts them, so far from home, is the feeling of being together. But the nights are long and unpredictable.

Usually when one watches a documentary about some subculture of reality, one expects to learn something. In this case, you will learn no more than what you already knew: prostitution exists, and people usually resort to it because they are desperate for money. All of the detailed elaborations of blowjobs, etc., don’t really teach us anything new. The quality of this production is on a par with reality tv. The “stars” probably agreed to participate in the hopes that they might be discovered by some movie producer somewhere. Perhaps they will be approached by a porn-production company. The whole thing is somewhat depressing. It’s all posturing, posing, vanity, depravity.