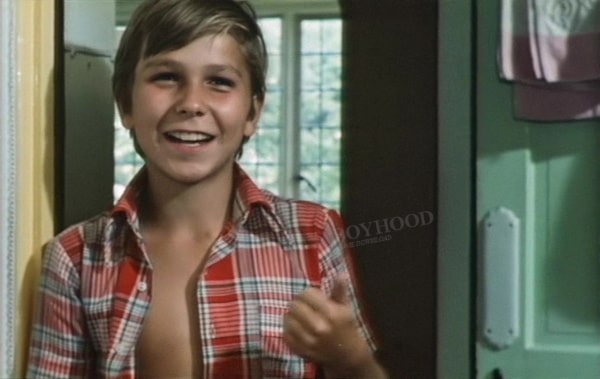 Julien Morin, who is in his early teens, goes on a study trip with his classmates and is overwhelmed by the joys and pains of first love when he meets the charming, slightly older Jean-Pierre.

First love and the fickleness of adolescence is the theme in this charming drama. The story follows a pretty blonde French youth who is sent with his classmates to an English seaside resort for the summer to study English. It is there that he first meets and “falls in love” with a girl, but when the girl spurns him for an older teenager, his attentions and affections are soon shifted to him. A touching and sensitive tale. One Response to Blue jeans 1977