Lance Clayton is a man who has learned to settle. He dreamed of being a rich and famous writer, but has only managed to make it as a high school poetry teacher. His only son Kyle is an insufferable jackass who won’t give his father the time of day. Lance is dating Claire, the school’s adorable art teacher, but she doesn’t want to get serious — or even acknowledge publicly that they are dating. Then, in the wake of a freak accident, Lance suffers the worst tragedy and greatest opportunity of his life. He is suddenly faced with the possibility of all the fame, fortune and popularity he ever dreamed of, if he can only live with the knowledge of how he got there.

Suburbia has transformed from an innocent place with friendly neighbors to a world full of miserable, sometimes disturbed people, dreams deferred, and earth-shattering secrets. From this year’s Sundance Film Festival we have Bobcat Goldthwait’s dark comedy World’s Greatest Dad, we delve once again into the unknown of Any Town, USA.

Lance is dating another teacher on staff, Claire (Alexie Gillmore), who he suspects isn’t totally committed to their relationship. Life isn’t getting any easier for Lance who struggles to reach his students or find a publisher for his work. When things couldn’t get any worse, Lance suffers a blow few could recover from. From tragedy comes opportunity and it is up to Lance to decide what is the right thing to do.

It would be wrong of me to give away the tragedy, but it is something that does occur in Any Town, USA. In fact it happened not too long ago just a town over from me. It’s the first time I can think of it being used in a film, or at least of this magnitude. There are several times during the film that I felt uncomfortable, but not to the point of disgust. There are some pretty heavy issues handled here and I think it is tasteful.

Williams does a fine job, especially in the second half of the film. For a comedian I can imagine it being difficult to change emotionally like that, but Williams has proved time after time in films like Good Will Hunting, One Hour Photo, and Insomniac that he can play just about any role thrown at him. He has a presence that is very real and powerful.

I was surprised by Sabara’s performance as Kyle. I had only seen him in Spy Kids so I really didn’t know what to expect. He seemed to have a clear idea of who Kyle was and what is motives are.

Goldthwait, who also wrote the screenplay, tackles a lot of issues both for adults and teenagers. At first I thought the film was going to end up like last years Towelhead, a hodgepodge of issues and conflicts that are each could have been their own film, but here we have an even dosage of each, culminating to a great finale and realization by William’s character.

The film isn’t perfect. One thing I don’t like films to do is talk about other films. I feel like it is only a way for the writer to show off his movie knowledge and personal views about certain movies, although one segment involving zombie movies is relevant to the story. Occasionally it can be beneficial. Some of the scenes were a bit overdone with cheesy, overused dialogue, and some of the deliveries felt like they were just saying their lines and not really connecting with them.

Overall I was impressed. Goldthwait is not a big time filmmaker but this is certainly a step in the right direction (he has acted in several films and worked on other projects behind the camera). Williams gives one of his better performances as of late, but he doesn’t steal the show. I thought the story was good enough to stand on its own, which is a very good thing. I hope this film doesn’t get completely overlooked this year. You should try to see this one if you can. 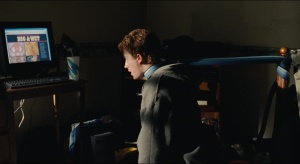 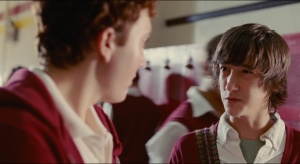 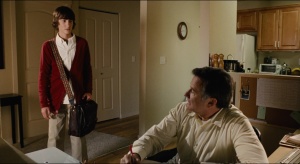