This is a retelling of the old tale of Hansel and Gretel, but set in England in the 1920s. To the children and staff at the orphanage, Auntie Roo is a kindly American widow who gives them a lavish Christmas party each year in her mansion, Forrest Grange. In reality, she is a severely disturbed woman, who keeps the mummified remains of her little daughter in a nursery in the attic. One Christmas, her eye falls upon a little girl who reminds her of her daughter and she imprisons her in her attic. Nobody believes her brother, Christopher, when he tells them what has happened, so he goes to rescue her.

From the opening scene, it is obvious that Rosie Forrest (aka Auntie Roo) is completely insane. She lives alone in a magnificent mansion in 1920s England and will never get over the death of her young daughter. In an attempt to fill this void, Auntie Roo has an annual Christmas party for a few of the best behaved children from the local orphanage. This year, a misbehaving brother and sister stowaway in the trunk of the car and join the party. Auntie Roo starts to believe the girl is her daughter, while the boy is convinced Auntie Roo is a witch. Mayhem ensues.

This is a clever, creepy, and amusing subversion of the “Hansel and Gretel” fairytale that puts forth the notion that the wicked witch might not be inherently evil or even malintentioned–just severely insane! Some of the scares are cheesy, a few of the child actors are awful (the lead girl looks and acts like she was sniffing glue during the entire production!), and it is a bit disconcerting to sit through yet another movie where Shelley Winters sings and dances like a freak. But overall, this is an underrated sick little fairytale. My Rating: 7/10 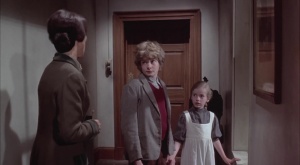 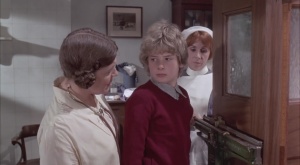 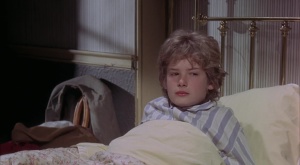 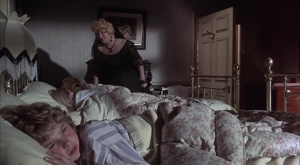 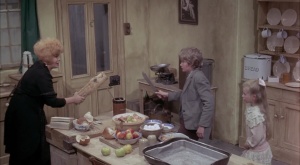 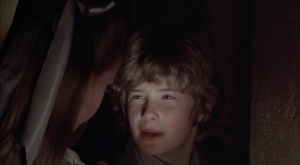