In 1933 in Berlin. Anna is only nine years old when her life changes from the ground up. To escape the Nazis, her father Arthur Kemper, a well-known Jewish journalist, has to flee to Zurich. His family, Anna, her twelve-year-old brother Max and her mother Dorothea, follow him shortly thereafter. Anna has to leave everything behind, including her beloved pink rabbit, and to face a new life full of challenges and privations abroad.

Excellently played by Riva Krymalowski (Anna) and beautifully shot. The story is moving and told in a straightforward manner, mostly from Anna’s perspective (otherwise there could have been more room for the development of the main characters). 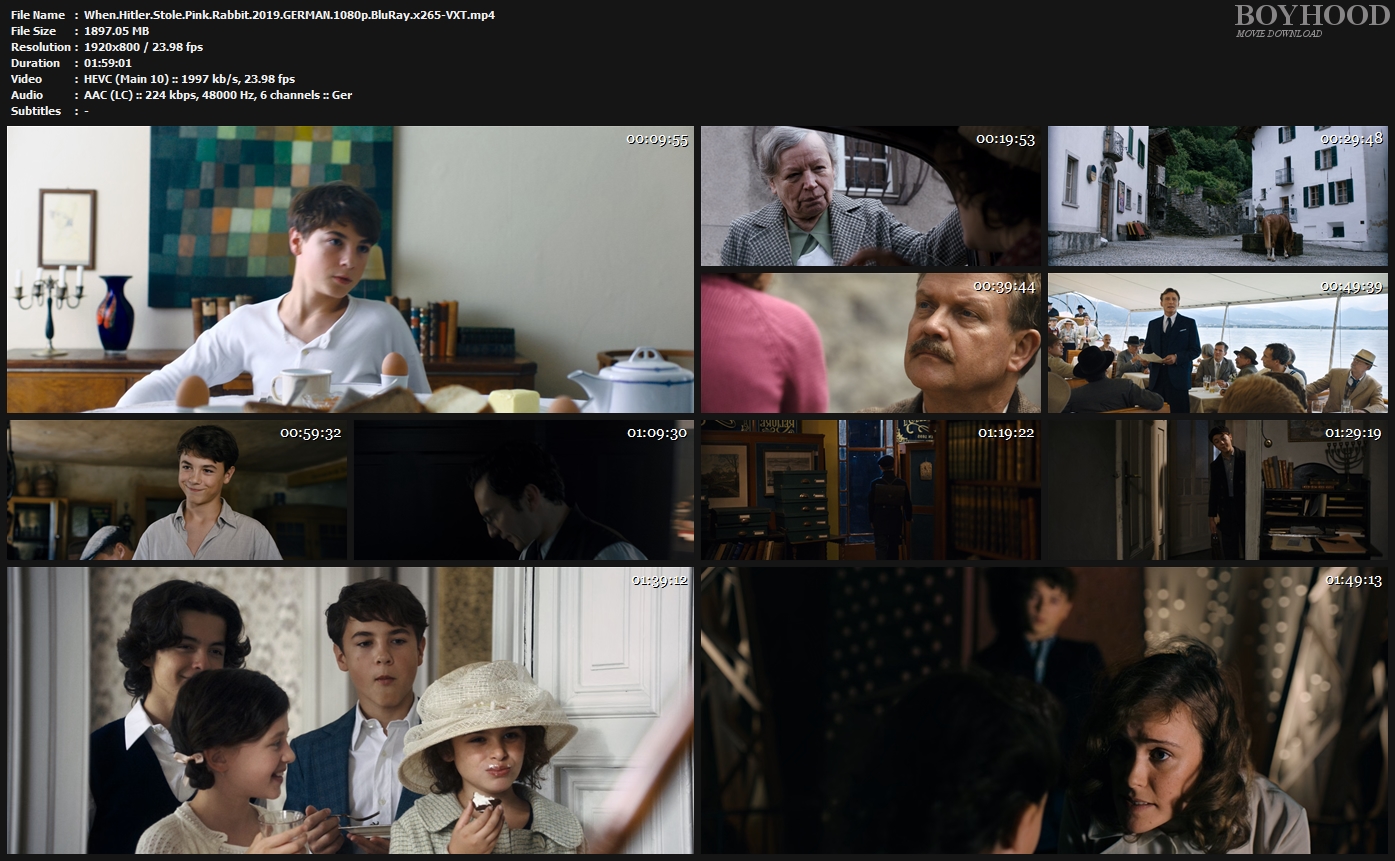