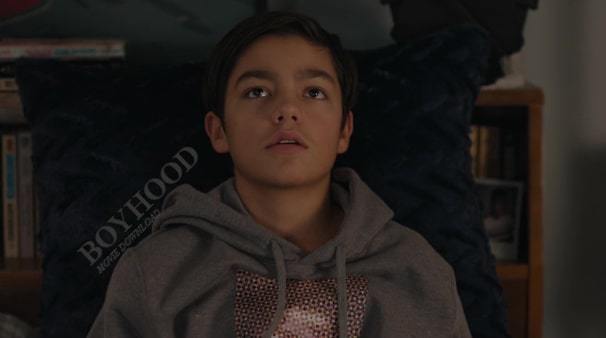 Friends Marshall, Gilbert, and Amy accidentally revive and release a mummy from its sarcophagus in the days leading up to Halloween. At first terrified, they quickly learn that the Mummy who they affectionately name ‘Harold’ is actually very sweet and in dire need of assistance.

Marshall loves horror movies. His best friend Gilbert does not. It’s Halloween coming up. Marshall challenges Gilbert to ding dong ditch and it goes badly. There is something strange going on in that house. Amy is the new girl at school. Her two dads had split up and she can’t wait to get out of town. She’s an aspiring writer and recruits the two best friends in an investigation into the house with a suspected mummy.

This is a preteen children’s horror comedy and a remake of a 1997 Disney movie. I’ve never seen the original. The kids are a newbie, a Disney veteran, and a voice over actor. The production is similarly a mixed bag. It’s a kiddie movie with a kiddie mummy. There’s limited CGI and nothing that flashy. Some of it is basically home-made. I like it, sort of. I like the amateurism of the kids. I like the silliness and campiness of the mummy although there could be less of him in one scene. I like the general sense of the group. The bad guys could be scarier. I’m guessing that they dial down the horror aspect for the little kids. Non of this is anything scary. It’s fine for younger ones. 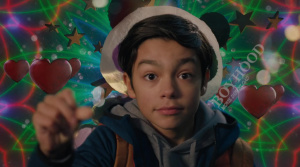 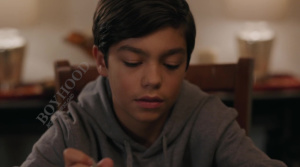 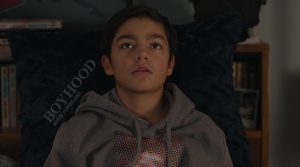 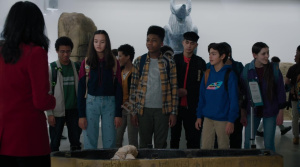 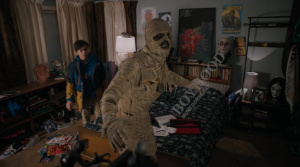 One Response to Under Wraps 2021