Touko Laaksonen, a decorated officer, returns home after a harrowing and heroic experience serving his country in World War II, but life in Finland during peacetime proves equally distressing. He finds peace-time Helsinki rampant with persecution of the homosexual men around him, even being pressured to marry women and have children. Touko finds refuge in his liberating art, specializing in homoerotic drawings of muscular men, free of inhibitions. His work – made famous by his signature ‘Tom of Finland’ – became the emblem of a generation of men and fanned the flames of a gay revolution.

Film about Touko Laaksonen a gay Finnish man who fought in World War 2. He returns home with serious PTSS. He finds the only way to battle it is drawing men in leather and in various sexual positions. He also meets and falls in love with adorable Vali (Lauri Tilkanen). However homosexuality was against the law in Finland back then. The film chronicles how Touko invented the Tom of Finland name and got his work published.

Well-done film with good direction and it moves quickly. However there are two serious liabilities here. One is Laakksonen. He’s terrible in the title role. He never EVER reacts to anything. He always has a blank look on his face so I didn’t know how to take his lines. By contrast Tilkanen is great as his lover. I kept wishing the movie was about him! The second liability kis the script. It goes swinging all over the place. We’re given no clue of what era it is and what’s going on. Very frustrating. Other that I liked it but those are two huge problems. 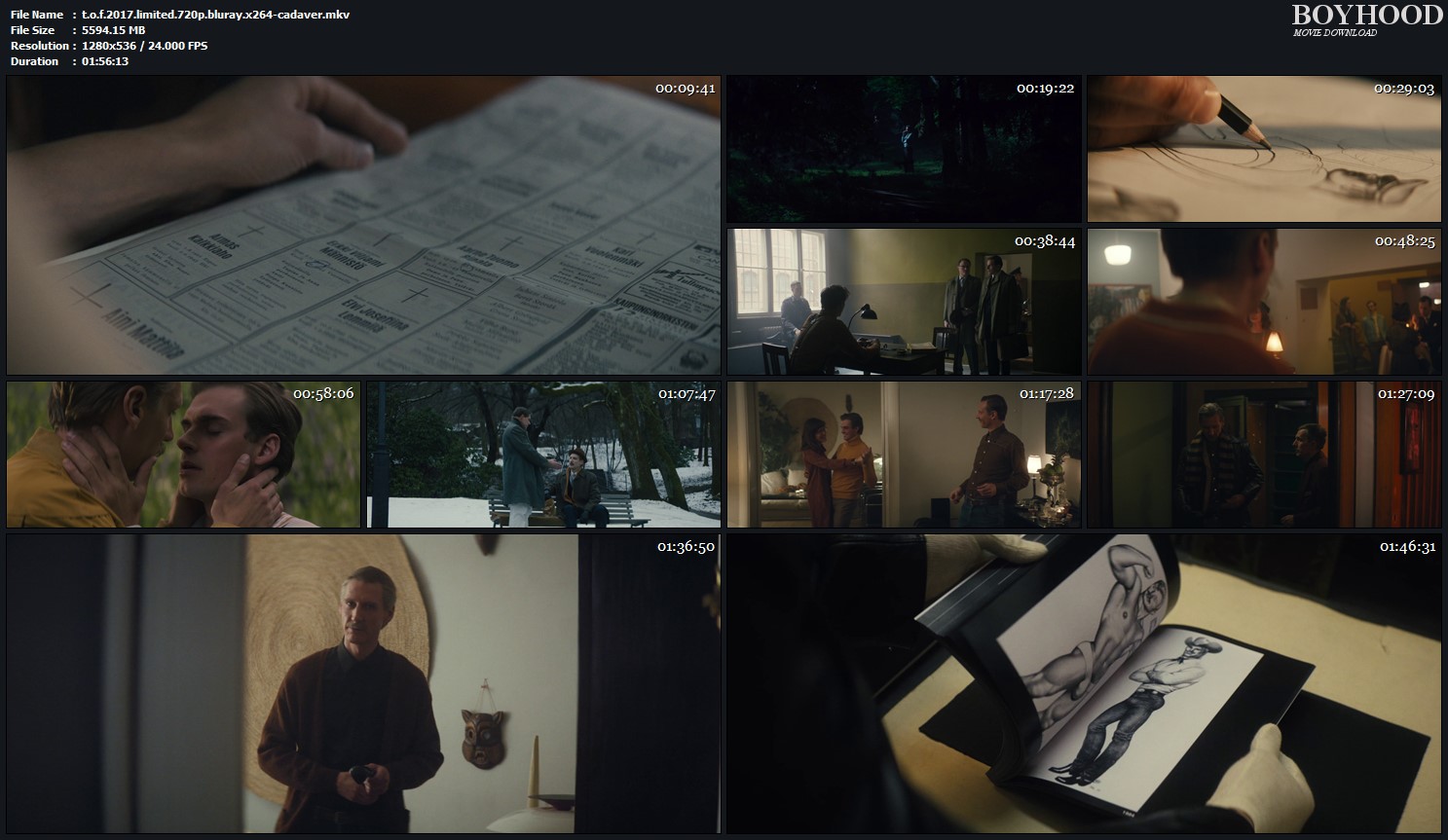